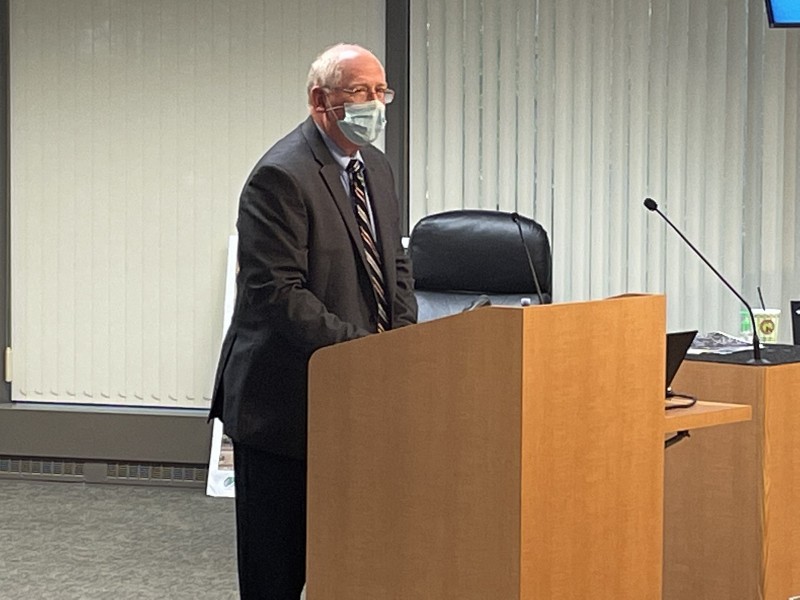 GAINESVILLE – A developer is making another effort to construct a giant warehouse and distribution center along McEver Road and in response Hall County is refiling an official objection to that application, an objection that the county had withdrawn just two weeks ago.

Sound confusing?  In a nutshell, it began back in 2020 when Darryl Crow Holdings, LLC, submitted a plan to Hall County to construct nearly 400,000-square feet of warehouse space on 34.59-acres at 6533 McEver Road.  The applicant’s request was later withdrawn after encountering stiff opposition from area residents and a subsequent recommendation for denial by the Hall County Planning Commission.

The owner then applied for annexation and rezoning with the City of Flowery Branch, but that application was withdrawn when numerous area residents again voiced strong opposition to the request.

In a third effort to construct the giant complex, submitted as recently as February, the applicant applied to the City of Buford for annexation, rezoning and permission to begin construction on the project as presented.  It was this request that triggered a response from Hall County to Buford officials opposing the annexation application.

As part of that official objection Hall County Attorney Van Stephens sent a letter to Buford leaders on March 8th citing reasons for Hall County’s objection to the project, including:

Within weeks Buford officials responded to Stephens’ letter informing him that the applicant had withdrawn his annexation and rezoning requests, so Hall County notified the arbitrating agency, the Georgia Department of Community Affairs (DCA), that Hall County was dropping its objection as presented to the City of Buford.

Just when Hall County leaders thought the matter was concluded the developer has resubmitted his application to the City of Buford with some slight modifications, and Thursday evening the County Commission responded during its voting session.

However Hall County now is adding to its list of reasons for objecting to annexation by Buford the fact that annexation of the 34.59-acres would create an island of unincorporated county property, and that is something the county wants to avoid as it complicates county services into that unincorporated island.

Stephens told commissioners Thursday evening, “The previous annexation (March) notice by Buford had some procedural issues and we raised that through an objection.  The applicant and the City of Buford decided to withdraw that annexation notice.  They have subsequently filed a new notice that has corrected those procedural issues…and this action by the board tonight is an objection to that latest annexation notice on substantive grounds.”

“That it’s significantly more intense than the zoning and the Comprehensive Plan of the county for the area,” Stephens said.

When asked what happens next, Stephens replied, “The DCA will help us select a panel to hear this and the panel will hear it and decide what action to take.”  Stephens said the entire process will take several months.

According to county documents Tim Woodward will assume the title of Deputy Fire Chief of Preparedness immediately.