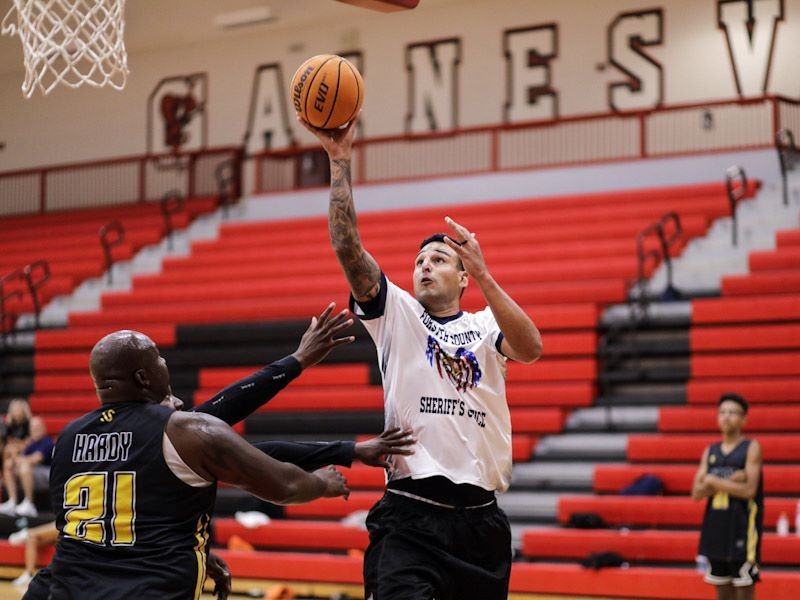 The Georgia Tech Police Department was the defending champion of the event. Forsyth County Corporal Enrique Escolano said it was fun to win after losing in the semifinals in their last attempt.

"It felt good. We've got a couple of guys that, in their past, whether in high school or beyond that, have been fortunate enough to play basketball. It's something that we try to keep going around just to keep in shape, but this is our yearly event that we just love to get together for. We've had this team for a couple of years now," Escolano said.

Deputy Zach Knapp said it was fun to be around the different law enforcement agencies.

"It's always fun to see different counties and just the variety of fire and police and sheriff's offices just coming out and playing together. You know it's going to be a good battle because everybody's wanting to win," Knapp said. "We'll see about Columbus next year. It's quite a drive from Forsyth County, but we've got to go back and defend the title, I guess."

The Hall County Sheriff's Office also competed in the three-on-three tournament but were eliminated during the first day of the event.