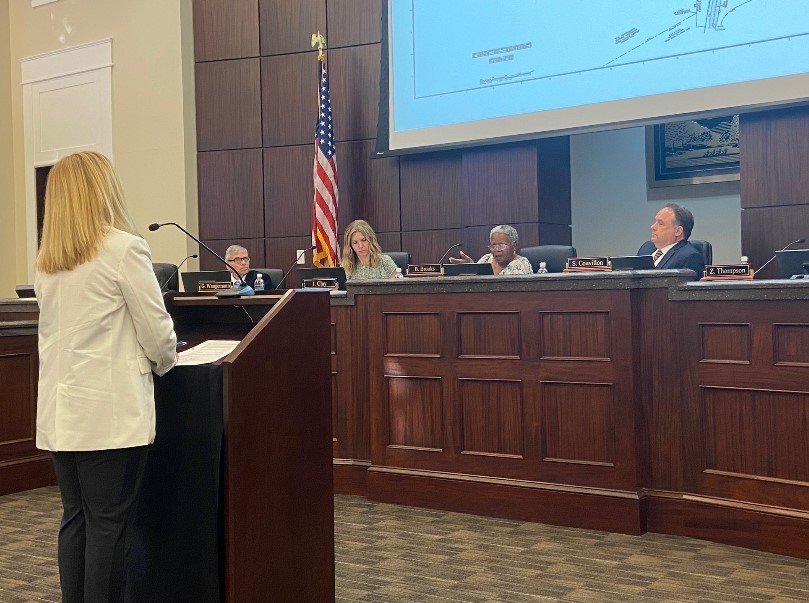 A proposed wedding and wine-tasting venue on Pemmican Run was approved in a split vote by the Gainesville City Council Tuesday.

The decision came despite the project being recommended for denial by both the city planning staff and planning and appeals board last month.

Angela Zubar was requesting to amend the property's planned unit development zoning to allow for the project. The property is just over 3 acres on the south side of Pemmican Run close to its intersections with McEver Road and Bruce Drive.

Zubar said the venue would bring new business into the city.

"Currently, the only indoor venue space on Lake Lanier is the Lake Lanier Convention Center and that is generating tax dollars to Gwinnett County. With our venue, we would bring in tax dollars to Hall County and the city of Gainesville," Zubar told the city council Monday.

More than a dozen residents attended Monday's meeting to oppose the development.

"My biggest concern is the noise," Ken Fleming said. "The value of all of our property and the property on the other side of the cove is going to go down if we have people over there partying seven days a week or three days a week."

Councilman George Wangemann initially motioned to deny the request, but that motion failed with only Barbara Brooks joining him in the vote. Next, Councilman Danny Dunagan motioned to approve the project and that motion passed 4-2 with Wangemann and Brooks voting against it.

"I thought it was inappropriate to have a wine-tasting facility inside of a residential neighborhood," Wangemann said. "These things start out with good intentions, but over time they get a little bit out of control. That's going to have to be enforced."

Councilman Zach Thompson added a condition to the item that outdoor sound amplification would be banned to limit the noise impact on the surrounding residents. Dunagan said he felt the project would be less impactful that the proposed condominium and townhome development that was approved for the site back in 2007.

"I think it's going to be a good fit for that area," Dunagan said.