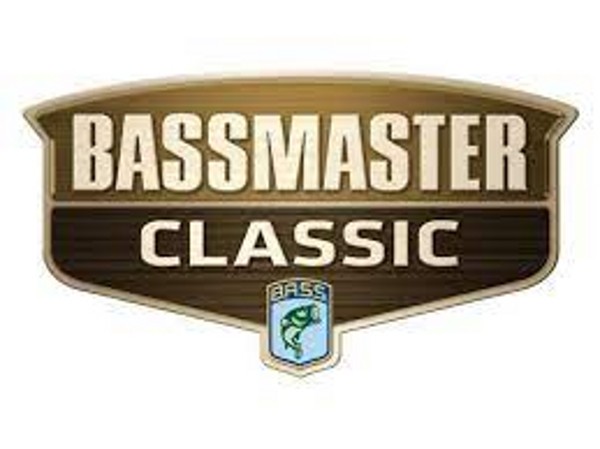 The Super Bowl of bass fishing is returning to Lake Hartwell, and with it at least $25-million of economic impact.

The 52nd edition of the Bassmaster Classic will be held on the 56,000-acre U.S. Army Corps of Engineers impoundment that straddles the Georgia/South Carolina border March 4-6, 2022.

This will be the fourth time the prestigious tournament will be held on Lake Hartwell, a record only matched by Alabama’s Lay Lake.

Competitors will launch at daybreak each of the three competition days from Green Pond Landing and Event center just west of Anderson, South Carolina; the daily weigh-ins will be held at Bon Secours Wellness Arena in Greensboro, South Carolina; and a giant fishing expo will be presented daily at the nearby Greenville Convention Center.

Outdoor activities such as bass fishing have thrived during the COVID-19 pandemic and some community leaders connected with the 2022 event say the projected $25-million economic impact will likely be exceeded by a significant amount if the weather cooperates.

Ken Sturdivant of Forsyth County has been involved with the fishing scene on Lake Lanier for half a century and he says the COVID-19 pandemic has been a profitable time for those associated with fishing and the outdoors. “What happened in 2020 is the boat industry went crazy because people didn’t have anything to do,” Sturdivant said,

“Everybody was now on lakes and streams and rivers…and it’s just become a bigger business than it ever was,” Sturdivant continued.  “Fishing licenses are up 50-percent in the State of Georgia.  Everybody is getting into the outdoors and the fishing industry has just gone crazy.  It’s been an amazing thing to watch."

Gainesville is one of numerous lakeside communities that has learned the value of recruiting large fishing tournaments to the area, but it comes at a price.

Robin Lynch, Director of Tourism for the City of Gainesville, says, “We do work with a lot of these tournaments and what we have is a funding guide because they all require a large sponsorship to come to your community.”

Lynch says the guide she uses takes into consideration the projected revenues from hotel and motel occupancy because funding for the sponsorship Gainesville offers to tournament directors comes from local hotel/motel tax revenues.  Also considered in the city’s presentation are potential revenues that might be realized from SPLOST taxes associated with spending by spectators and others attending the event.

“We can then decide at that point what we can give in order to recruit that tournament here,” Lynch explained.  “That’s across the board, not just with fishing tournaments; we use that same calculation with rowing or softball or soccer tournaments…and we are weekly working with tournament and event organizers to bring big events here.”

Scott Barnes is likely the best known bass tournament organizer on Lake Lanier and he says during the COVID shutdown of 2020, “…the Corps allowed us to still get permits…and it’s been great.”

“But in terms of the Bassmaster coming to Hartwell again, that’s awesome.  We love to see them go up there…and it’s great for the family to get out, drive up there…and check it out,” Barnes suggested.

“Maybe one day a kid or a dad can have a stronger bond and start fishing and who knows where that can lead…maybe a big time tournament,” he added.

Tim Hawkins is owner of Hammonds Fishing Center and one of the biggest suppliers of fishing gear in north Georgia.  He says fishing has been extremely strong for the past year and feels the Bassmaster Classic coming to Lake Hartwell will only increase its popularity.

“With COVID there was really nothing else to do,” Hawkins said, but added quickly that at times his store has struggled to keep up with customer demand as his suppliers are short-handed on the production lines.

The economic impact of bass fishing at Lake Lanier is strong and there should be a trickle-down benefit to our area as a result of the attention focused on Lake Hartwell.

In October of 1971 Scott gathered the best tournament bass fishermen from across the country to compete head-to-head in a multi-day fishing tournament at a destination unknown by the anglers.

It wasn’t until the chartered Delta Air Lines DC-8 landed in Las Vegas nearly four-hours after departing Atlanta that Lake Mead was revealed as the location of that tournament.  During the flight Scott told the anglers he selected the toughest lake he could think of to challenge their skills.

The majority of the fishermen with Scott were from the south and accustomed to fishing in shallow lakes; Lake Mead’s average depth is over 400-feet and would certainly test their skills and adaptability.

Bobby Murray of Hot Springs, Arkansas, won that initial tournament and the $10,000 first prize.  As in all competitive sports, that payout has grown in multiples and so has the competition for it.

Fishing is the most popular outdoor activity in America according to a recent study with over 50-million participants annually, and a Bassmaster Classic championship remains the trophy catch no one would ever consider throwing back.