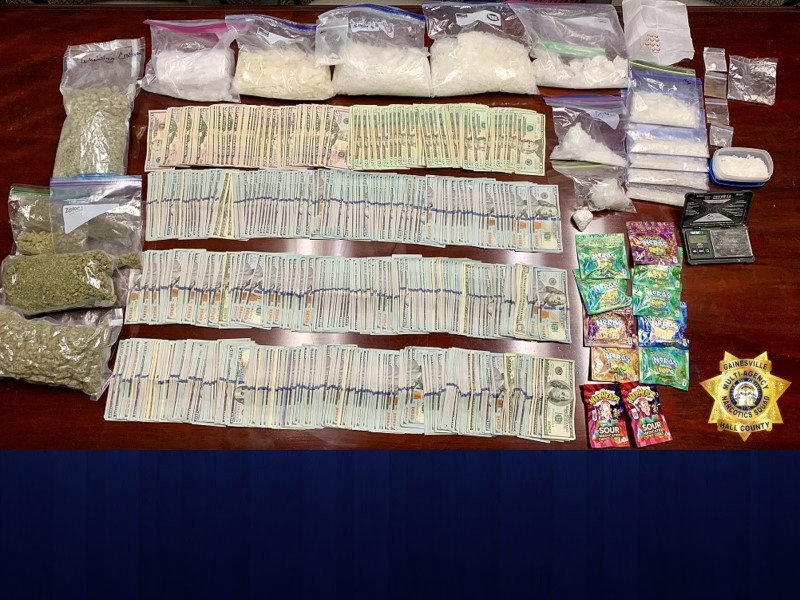 Local drug agents seized a variety of illegal drugs and $83,000 in cash during a search of a home on West Waterwood Drive in northwest Hall County Thursday night.

Derreck Booth, spokesman for the Hall County Sheriff's Office, estimated the street value of the narcotics at $400,000.

"In the course of the short-term investigation, agents seized approximately eight pounds of methamphetamine, two pounds of marijuana, eight grams of heroin and $83,000 cash," Booth said in an email statement.

Delbert Channie Tucker, 52, was arrested without incident at the scene.

Booth said Tucker may faces other charges in the case. No other arrests are expected.