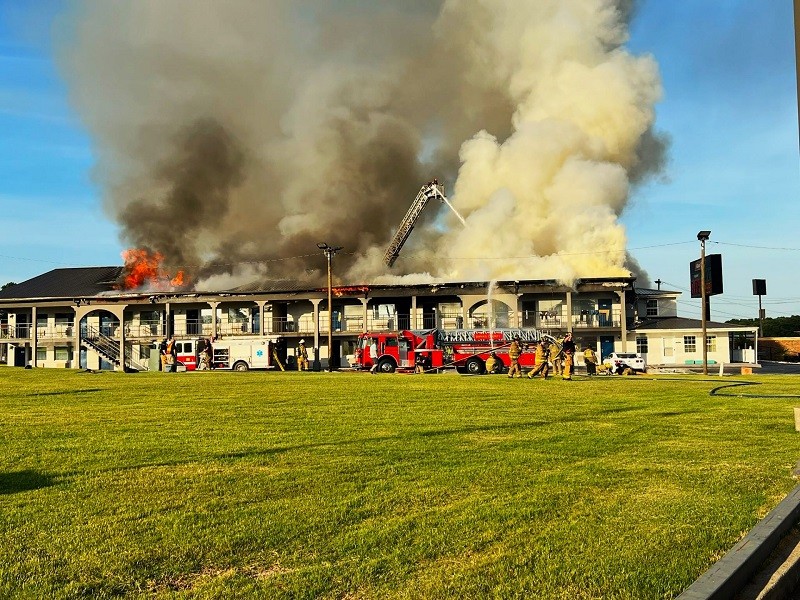 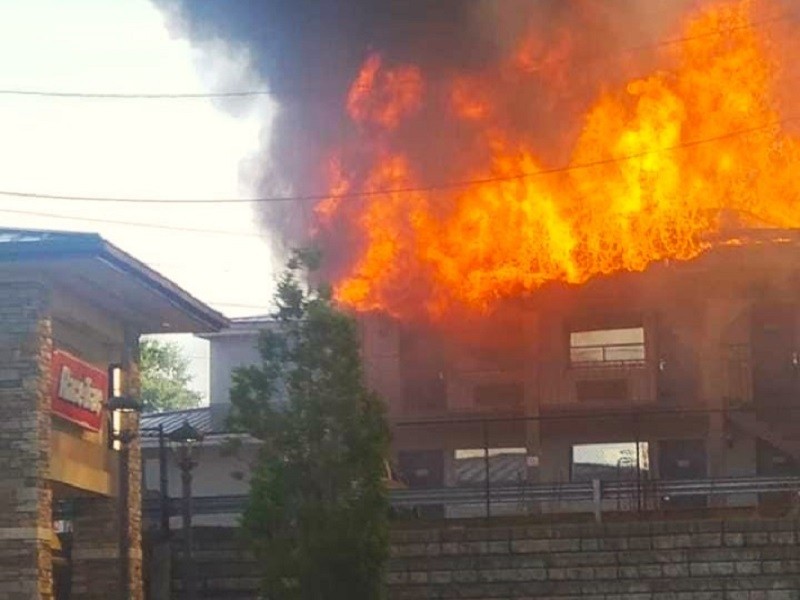 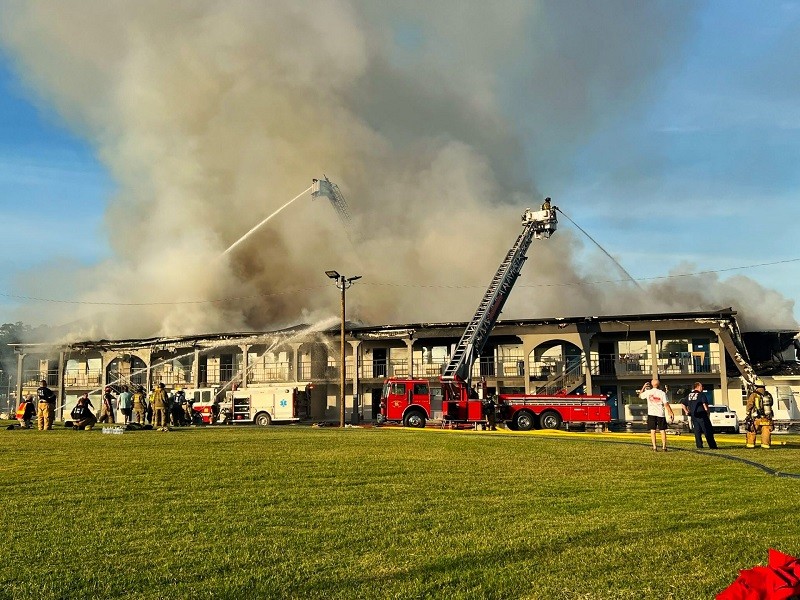 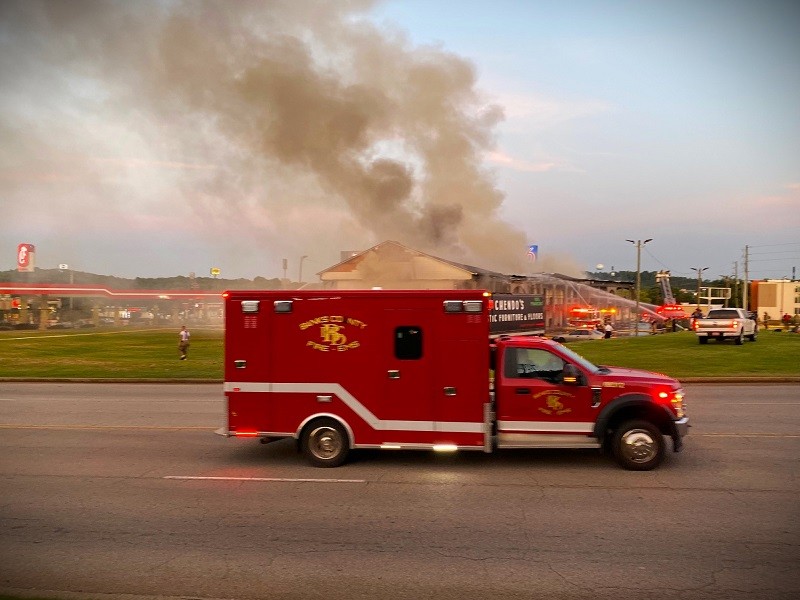 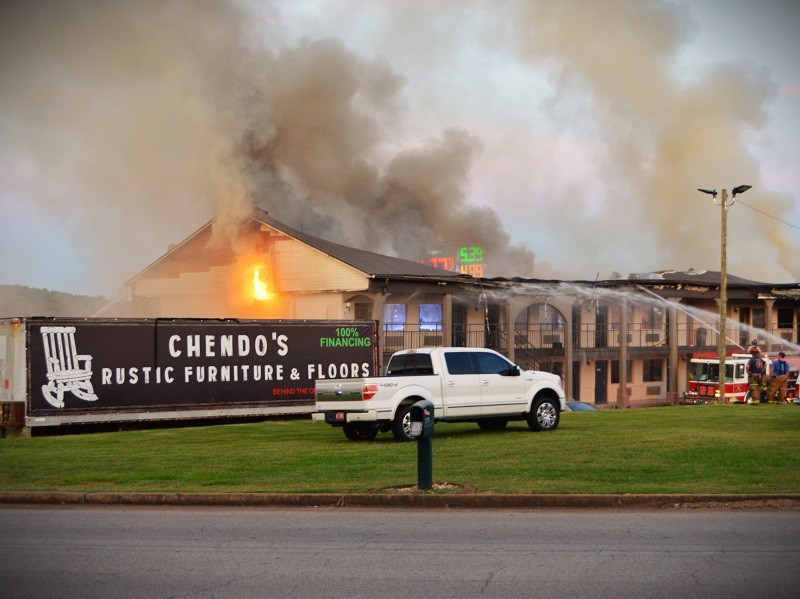 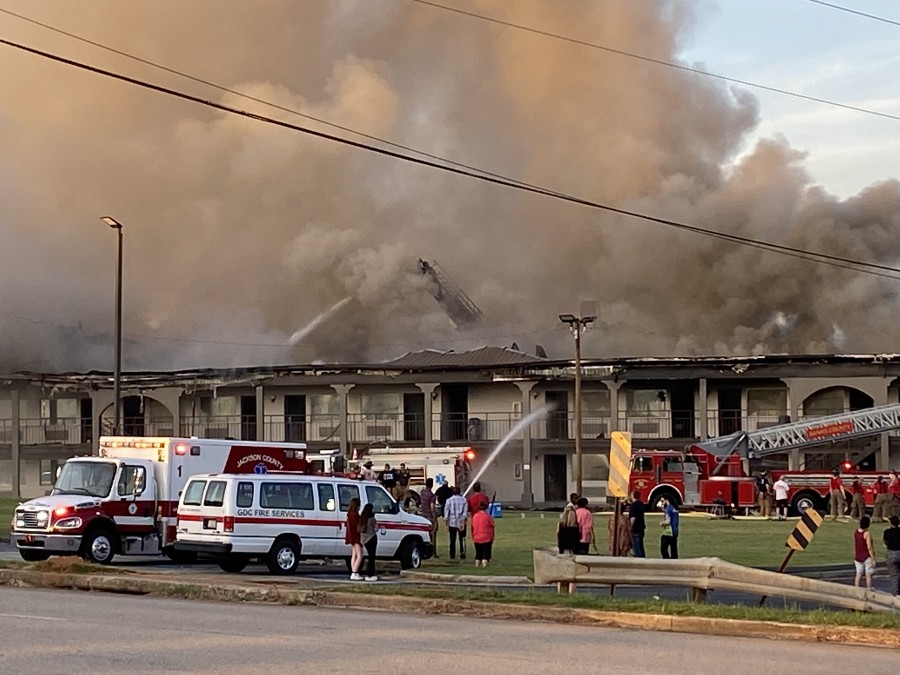 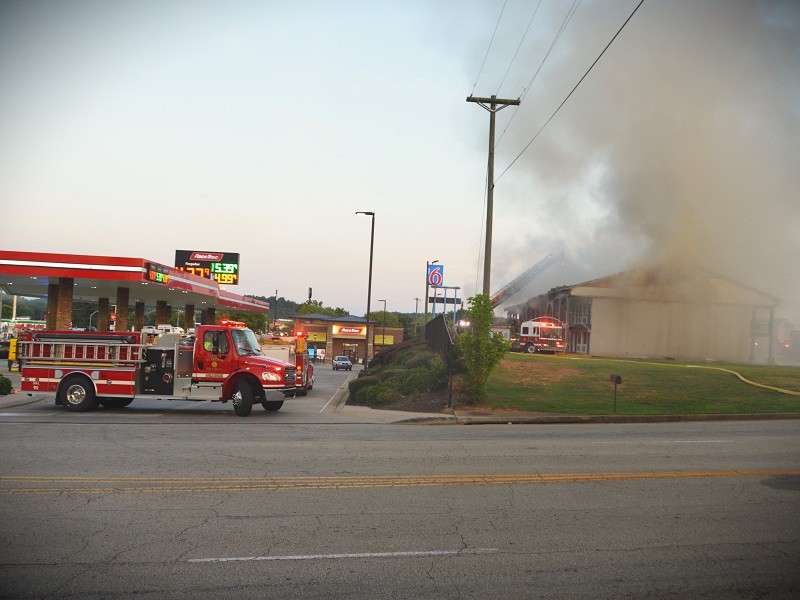 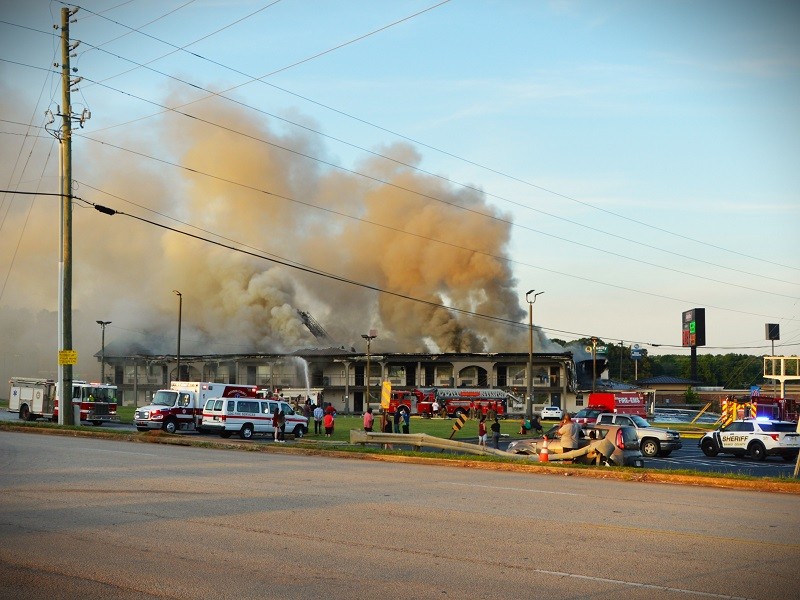 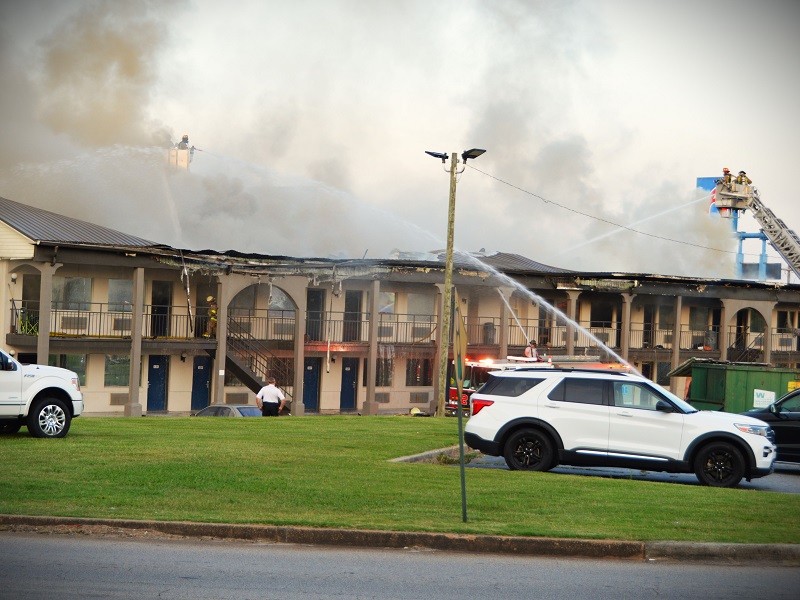 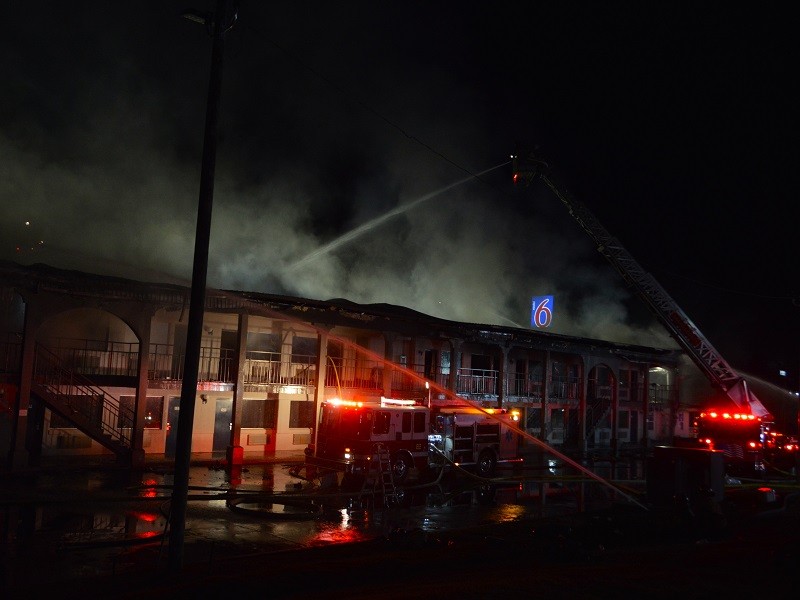 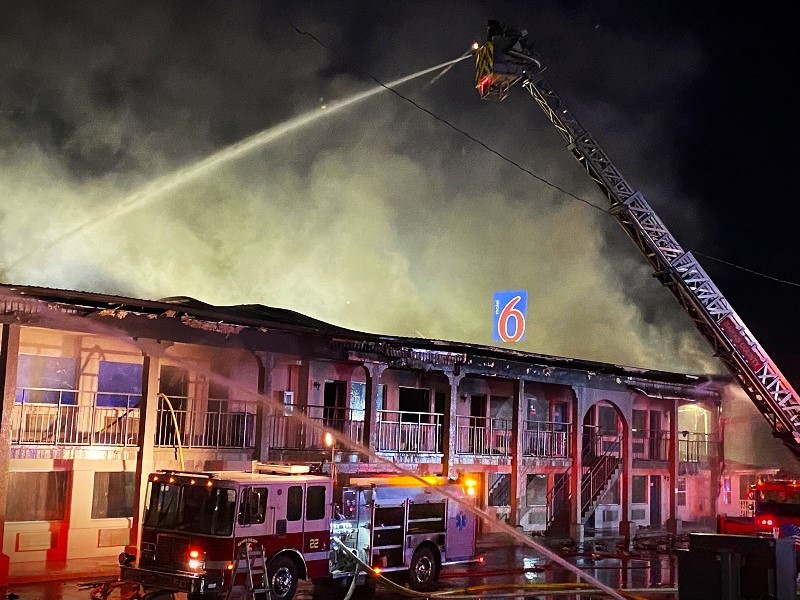 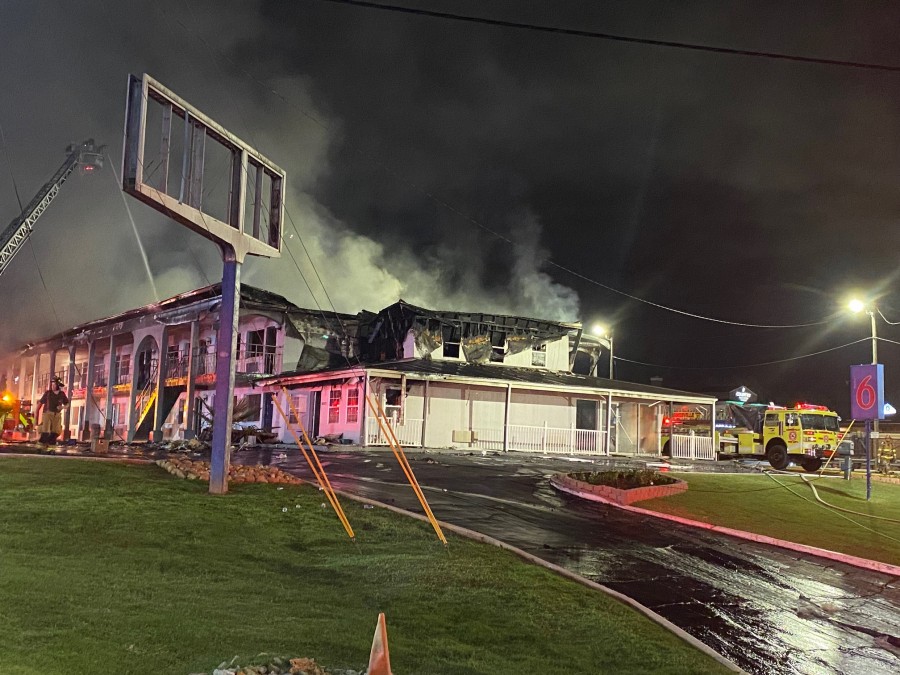 Arson, cooking, and illegal drug manufacturing all have been ruled out as a cause of Monday night’s devastating fire at Motel 6 at Banks Crossing, according to Banks County Fire and Emergency Services Chief Steve Nichols.

“The origin of the fire was in a void space between the rooms near the attic space where wiring and plumbing was located,” Nichols said in an update statement Wednesday. “The vent fan and electrical wiring in that area could not be ruled out as the cause of the fire. It was listed as an accidental fire.”

That fire displaced about 30 occupants.

The building, located at 128 Frontage Road, Commerce, sustained heavy damage, with fire damage to the second floor and roof area, and smoke and water damage throughout.

Firefighters were called to the building just after 6:25 p.m. Monday and many remained on scene until 1 p.m. Tuesday.

Units arrived to find heavy smoke showing from multiple areas of the second floor and roof of the two-story occupied motel.

After the initial attack of the fire inside, a smoke explosion occurred requiring all interior crews to be evacuated from the building.

The motel was evacuated by Banks County Fire and Sheriff’s Office personnel.

Homer Fire Department personnel responded to other calls throughout the county.

The two firefighters were transported by ambulance to Piedmont Athens Regional Medical Center.

Roughly 30 people staying at the motel were relocated to other motels following the incident.

Original story: More than 100 firefighters worked for hours Monday night to bring a fire at Motel 6 at Banks Crossing under control.

As of 1:45 a.m. Tuesday, crews continued their work to extinguish hot spots in the two-story Motel 6, located just off U.S. 441 at Steven B. Tanger Boulevard.

The fire resulted in the temporary closure of the adjacent RaceTrac gas station due to the amount of fire.

Frontage Road remained closed for about seven hours due to large supply hoses feeding the four aerial fire trucks battling the fire. Steven B. Tanger Boulevard was closed for a couple of hours while fire crews worked on that end of the building.

No injuries were reported inititally and the cause of the fire will be investigated once it is fully extinguished. 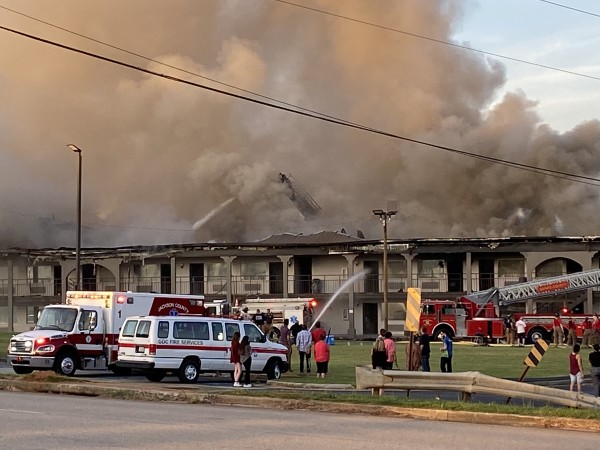 Banks Crossing hotel site of ongoing fire
Firefighters are on the scene of a fire at Motel 6 in Banks Crossing.

Gainesville O.D. investigation results in murder charge
A Dahlonega man now faces a murder charge for his alleged role in an overdose death earlier this year. 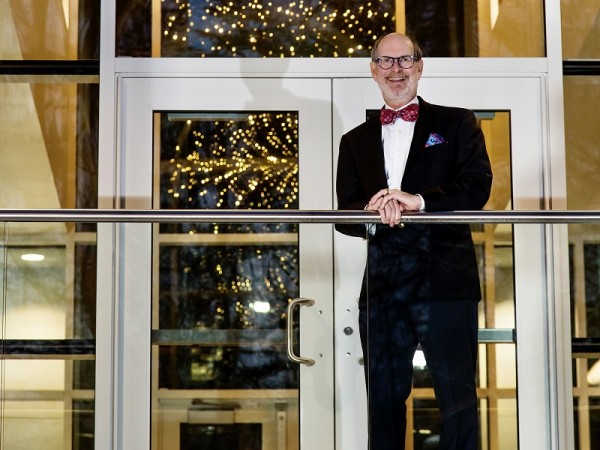 Gainesville O.D. investigation results in murder charge
A Dahlonega man now faces a murder charge for his alleged role in an overdose death earlier this year.
By AccessWDUN staff 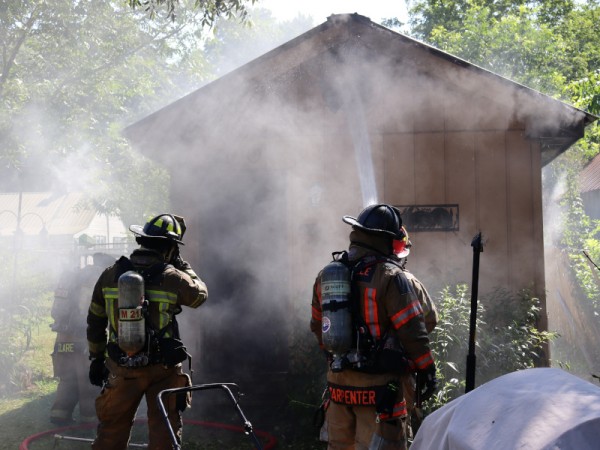 No injuries reported after Gainesville shed fire
Fire crews were able to quickly extinguish a shed fire without injuries in Gainesville Monday morning.
By Austin Eller 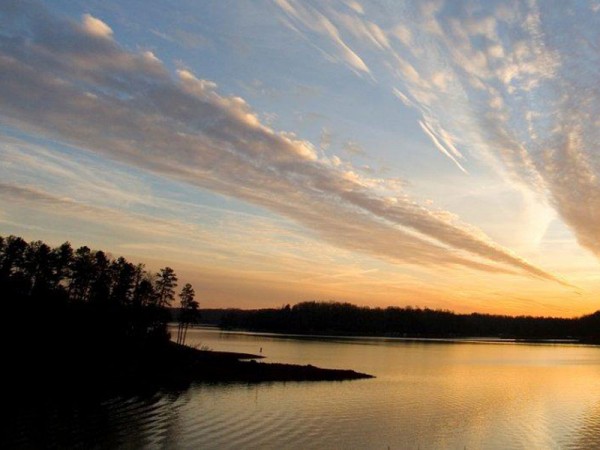