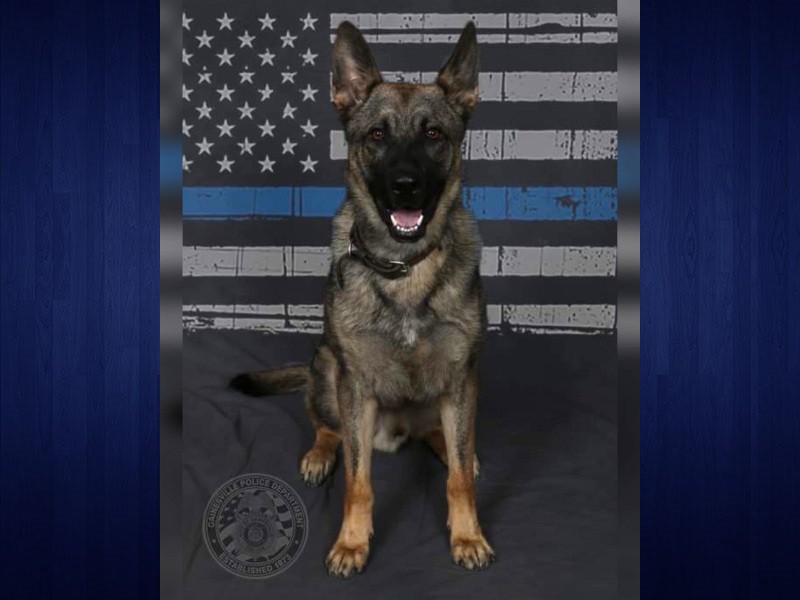 The Shepherd Malinois mix was born on Dec. 21, 2016, in Budapest, Hungary. He was initially trained in Hungary, then brought to the United States and adopted by the Gainesville Police Department in early 2018.

"He was full of energy and always eager to work," the social media post said. "Arlo was known to be quirky and routinely voiced his opinion, he always announced his presence."

Arlo worked in both police utility and narcotics detection.

“Arlo was more than a dog, he was a dedicated officer of this agency and a loyal friend," Chief Jay Parrish said. "He will truly be missed."