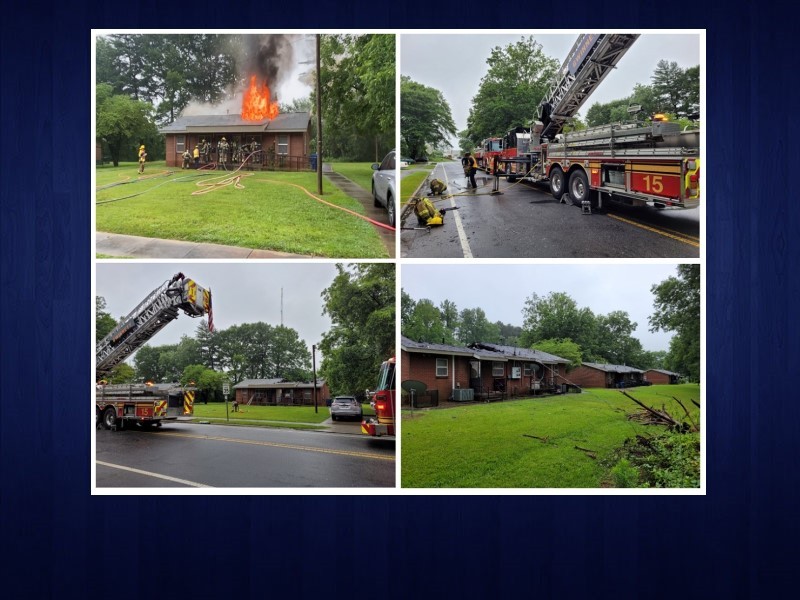 Two people were displaced after a fire at a Lawrenceville duplex Sunday morning.

According to a press release from Gwinnett County Fire and Emergency Services, fire crews first responded to the duplex in the 100 block of Maltbie Street NW at 9:25 a.m. after a passerby reported the fire to 911.

When they arrived, crews found a woman in the unit on the left side of the duplex, but no one on the right side. Crews also found a downed tree and power line behind the duplex.

As crews entered the building through a window in the unit on the right, they found fire in the rear of the building, as well as heavy fire in the attic. The fire was quickly brought under control in about 10 minutes.

The release states the fire is believed to have started in the attic near the location where the power supply comes into the home.

“The fire appears to have occurred secondary to the tree falling across the power lines in the backyard, disrupting power to the duplex,” reads the release.

The tree likely fell as a result of Tropical Depression Claudette.

The release states the resident of the unit on the right side was not home at the time of the fire. No one was injured in the incident.

Both residents requested temporary assistance from the American Red Cross.