Gainesville City Council gears up for vote on FY 2022 budget 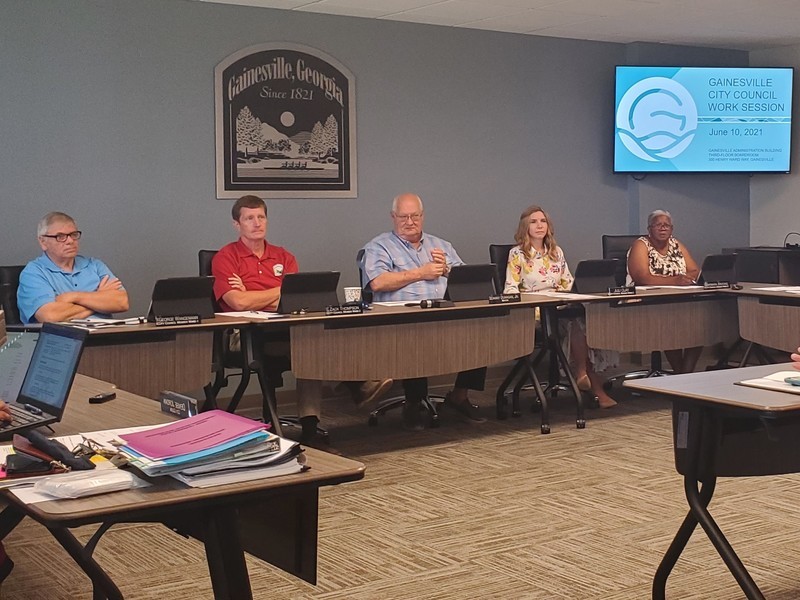 The Fiscal Year 2022 budget was again brought before the Gainesville City Council at the Council's work session Thursday morning.

As previously reported, the $122.2-million spending plan includes a 1-mil tax credit for the next two years, funded by the American Rescue Plan Act of 2021. While the city is scheduled to receive a total of $12-milion from the federal relief package, they have already received $5,859,171.

"We are a direct recipient, the funds are already in place for the half that we have gotten, whereas many other cities and counties throughout the state are still waiting for the allocation from the state, we got ours directly from the fed," City Manager Bryan Lackey said at the City Council Work Session.

"Now that is beyond a full rollback," Jeremy Perry, chief financial officer for the city said at the work session. "This ordinance would also set the debt service millage rate at .510-mils, and that's the same as last year."

A fourth ordinance would create a special services tax district for police services and set it at .500 mils. The last ordinance presented was the Gainesville Board of Education tax rate, which would decrease to 6.395 mils.

The council will vote on the FY 2022 budget, the five ordinances which pertain to the budget and a resolution to accept the federal funds for the American Recovery Plan Act at the voting session on Tuesday, June 15, at 5:30 p.m. in the city's municipal courtroom.