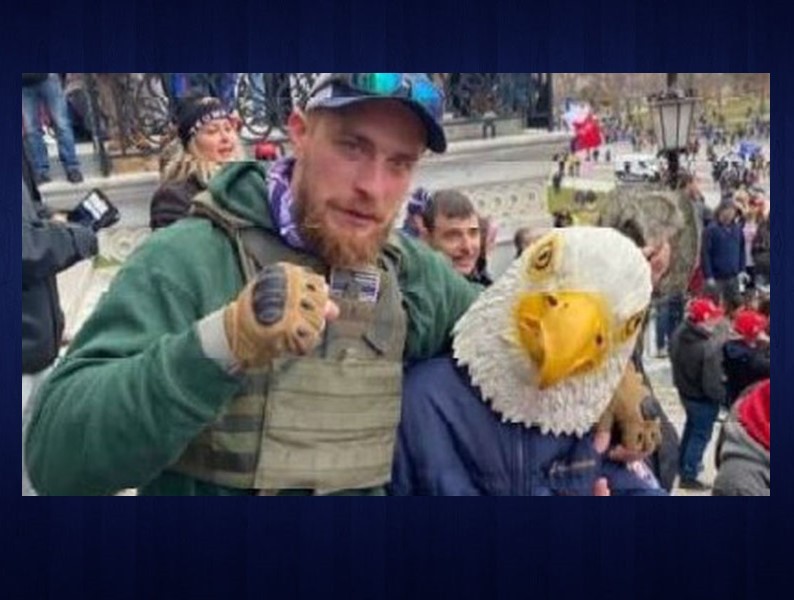 A Jackson County man is the latest Georgian to be charged in the Jan. 6 riot at the U.S. Capitol building.

According to the Atlanta-Journal Constitution, Glen Mitchell “Mitch” Simon, age 30, was charged in federal court in Gainesville Wednesday. The Jefferson man is charged with entering a restricted building and violent and disorderly conduct inside the Capitol.

According to the report, Simon has been a suspect in the riot for months, but denied going inside the Capitol building. In an interview with the FBI, Simon admitted attending the pro-Trump rally, but said he never made it past the Capitol building steps. However, authorities say they have camera footage of Simon inside the building. Also, two anonymous tipsters reported that Simon made some incriminating posts on his social media page. In the post, Simon allegedly wrote about using “pepper spray” and also posted a photo, saying it was a “victory picture after the ramming through of the capital [sic] building.”

The FBI were able to identify Simon in the photos based on some of his clothing articles, including his hat, gloves and tactical vest.

Simon is the 10th person with Georgia connections to be charged in the massive investigation into the Jan. 6 riot. More than 400 people have been charged from almost every state with the FBI making new arrests almost every day.