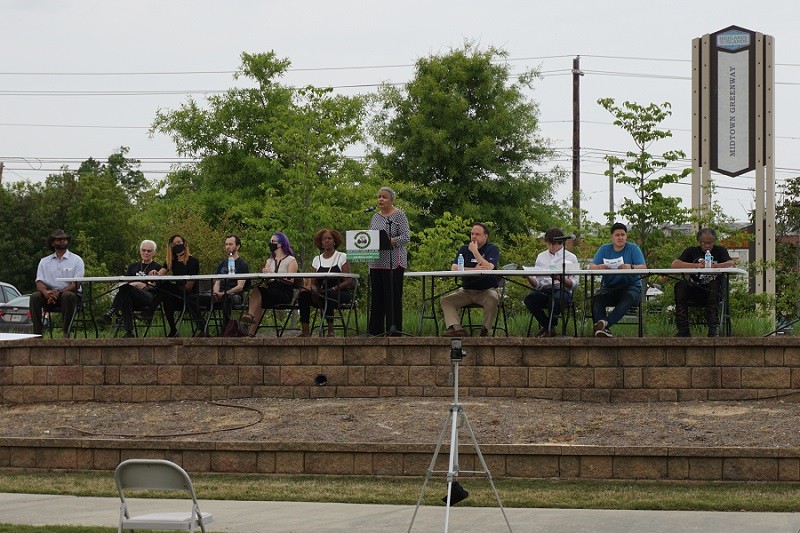 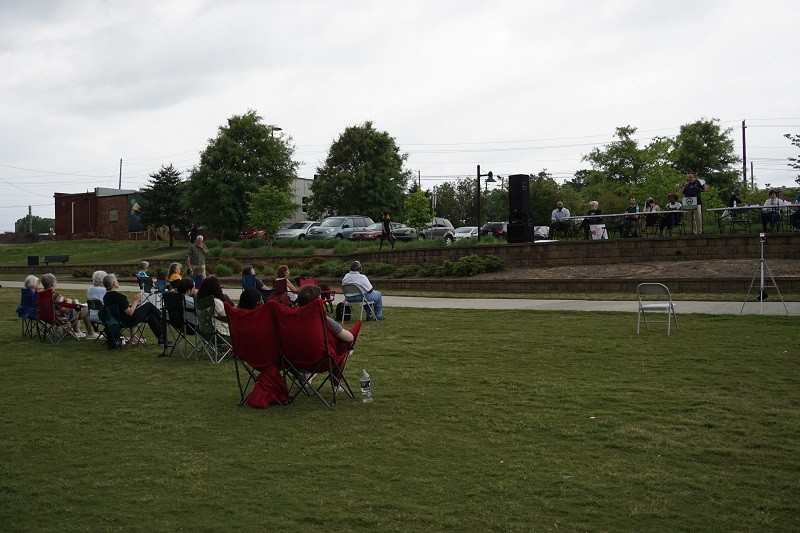 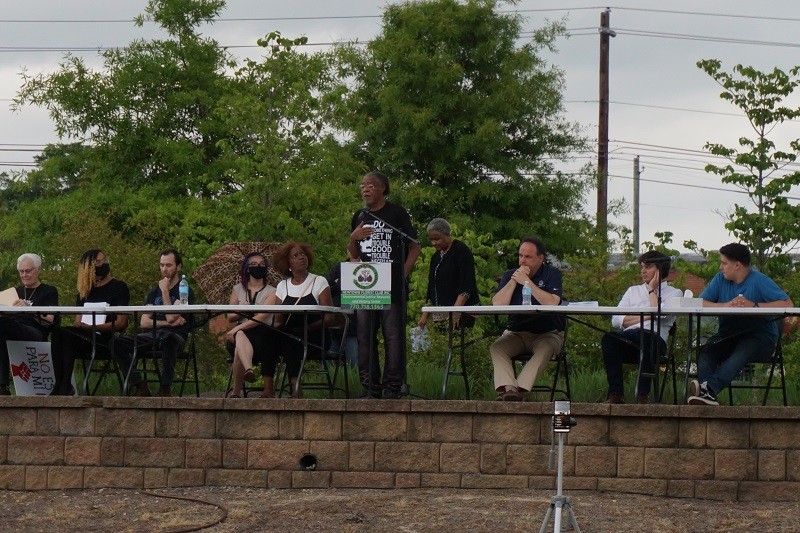 Reverend Rose Johnson, leader of the club, encouraged progress as she opened the rally, which was organized in response to the recent Derek Chauvin guilty verdict, and at the end shared a few of her own thoughts. She said while nothing like this is going on in our community, it’s hard to be a Black American and separate from the death of George Floyd, and of others, like Daunte Wright, who was shot and killed by police in Minneapolis when the officer mistook her gun and TASER.

Johnson urged community members to learn about the local law, procedures, policies, and protocol, and to contact local law enforcement to ask questions and make their voices known.

Johnson said as a Black person, separating the deaths of people like Floyd and Wright from herself was difficult.

"We have a dream, but it is a necessary dream, it's not a figment of our imagination because it has to come to pass, because for us it's a matter of life and death," Johnson said. "Because every time my grandson goes out, I... I cringe at thought. I say, 'don't do this, don't do that, don't go there,' and I'm telling you, I'm tired. I'm tired, I'm tired, I'm tired and I don't know what happens when you get so tired that you just can't hardly take it anymore, because tomorrow night they'll be another case but we can't disconnect it from where we are right now because, gosh. It just hits so hard."

"Let us get to know our officers. Let them get to know us," he said. "Gainesville Police Chief Jay Parrish said, and I quote - 'To me, community policing is building bonds. It's making a connection. It's easy to be mad at the police, but it's very difficult to be mad at someone that you know on a first name basis' - end quote.

"Yes. I wholeheartedly agree. But I challenge all of you to think beyond that statement. Because it is also true that it is much more difficult to shoot someone, or to kneel on their neck for nine minutes when you know them on a first name basis."

Pandy told the crowd that he wants to believe the statements from law enforcement striving to create better police forces and said that their work matters. He also wanted to hear that the citizens and community mattered from those agencies.

Gainesville City School Board member Willie Mitchell spoke about the changes he saw, statistically, among Black men in America from his first term on the board over 30 years ago to now. Among other statistics, he said the rate of interaction between a Black man and law enforcement was 1:3 now, when before it was 1:6.

"I looked at those numbers and it made me mad. It made me so mad," he said. "And I tell you what I really thought about doing. I said, when this country was formed there were some people in Boston that got so mad from the oppression, they threw some tea in the Boston harbor. Don't you know I started to go get me a chicken in Lake Lanier?"

Joking aside, Mitchell asked himself what came out of that anger, and realized the Boston Tea Party could be a lesson. "What came out of it was the Constitution, and the Declaration of Independence.

"In order for this thing to work, 'We the people' can't be something that we say, it's got to be something that we do. And the only way we can do that is to make sure that is make sure equal opportunity is real - and when I say real, I mean it's got to be real for everybody. So I just wonder about the police brutality and things like that and the only thing I notice over the years is that changed from Rodney King to George Floyd was just the quality of the video.

While both Gainesville Police Chief Jay Parrish and Hall County Sheriff Gerald Couch had prior engagements and were unable to attend the rally, both submitted answers to questions posed by the Newtown Florist Club. Their responses are posted below. Both encouraged honest and open communication between law enforcement and the community.

Other speakers include elected officials, local activists members of the Public Policy Committee. Topics included poverty, homelessness, racial bias, criminal reform, and faith. About 50 people joined together for the event at the Midtown Greenway on Grove Street.

How Can We(All of us) Be Better Together around issues of racial and social injustice?

We have to strive to understand one another.  We need to be less selfish and more selfless.  These issues evolve from deep historical wounds.  Everyone brings a different view based upon their own social programming.  This comes from history, culture, personal experience, etc.  Each one of us, regardless of our own views, must learn to respect each other even if we have differing views.  This will help heal wounds and open dialogue.  We must learn to reach with our hearts!

Is it realistic for us (those who experience the physical, psychological, mental, and emotional toll of police violence daily) to think that “WE” our city, county, community can be a national model for improved criminal justice (law enforcement, courts) community relations? We have a deeply held dream for it. How can we make it collectively happen?

I  think this a realistic view.  However, we must never become complacent and think we have a perfect model.  We have to daily work together as a community to reach our goals.  We cannot rely on a broken system to fix our problems.

Is it possible for a community of faithful people to be consistently proactive before “trouble” knocks on our door? As a leader of this community, what is your solution/suggestion?  Our hope is built on nothing less.

Yes it is possible.  Being proactive means having plans, measures, and checks and balance systems in place to prevent tragedy.  Being proactive means we must work to educate and mentor our own sphere of influence.  We must control what we can control and not focus on those things outside or control.  Moreover, we must foster an environment where people are safe and free to express their concerns and grievances without fear of retaliation.