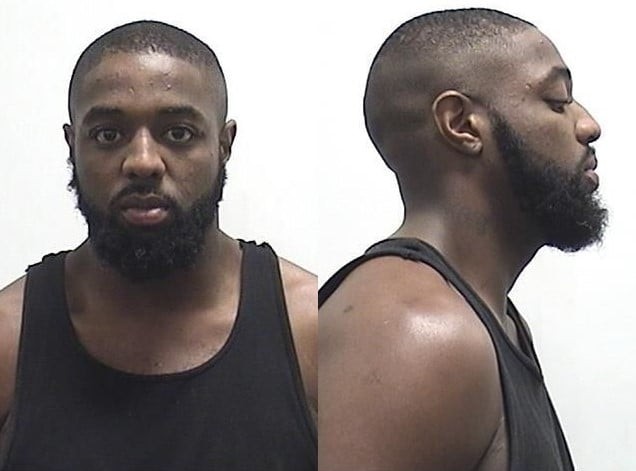 Donterris Gresham, 29, of Athens, has been identified as the driver of a car that hit and killed a young woman in Athens Saturday. (Photo: Athens-Clarke County Police Department Facebook)
Contact Editor

Athens-Clarke County police have identified the suspect in a fatal pedestrian crash that happened Saturday in downtown Athens.

According to a social media post, Donterris Gresham, 29, of Athens, was driving the Honda Accord that struck 20-year-old Ariana Zarse. Gresham has active arrest warrants for homicide by vehicle-1st Degree, hit and run involving serious injury or death, failure to obey traffic control device, too fast for conditions, and driving while unlicensed.

Zarse and a friend were attempting to cross Broad Street near the University of Georgia campus around 12:15 a.m. when Zarse was struck by Gresham. Gresham then left the scene.

Zarse was taken to a hospital where she died from her injuries. Her friend was not hit by the car.

Police are encouraging anyone with information on Gresham's whereabouts to call 911.