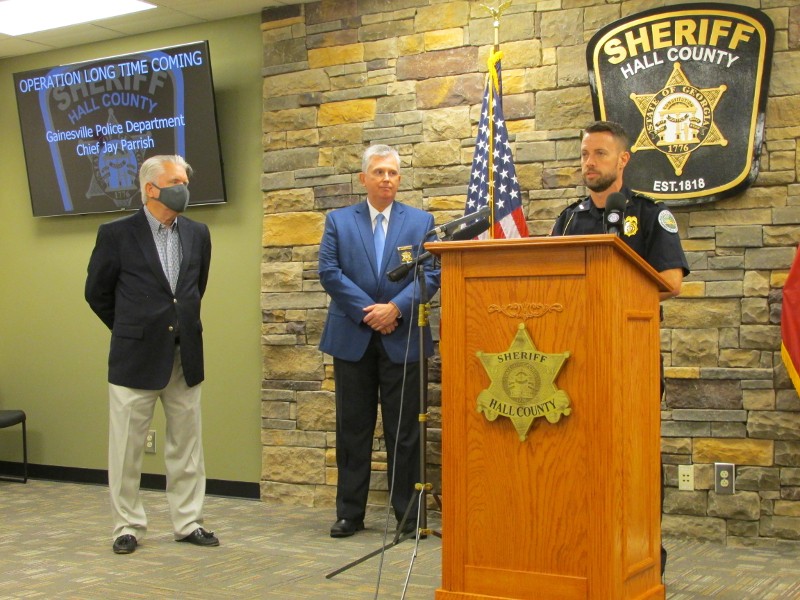 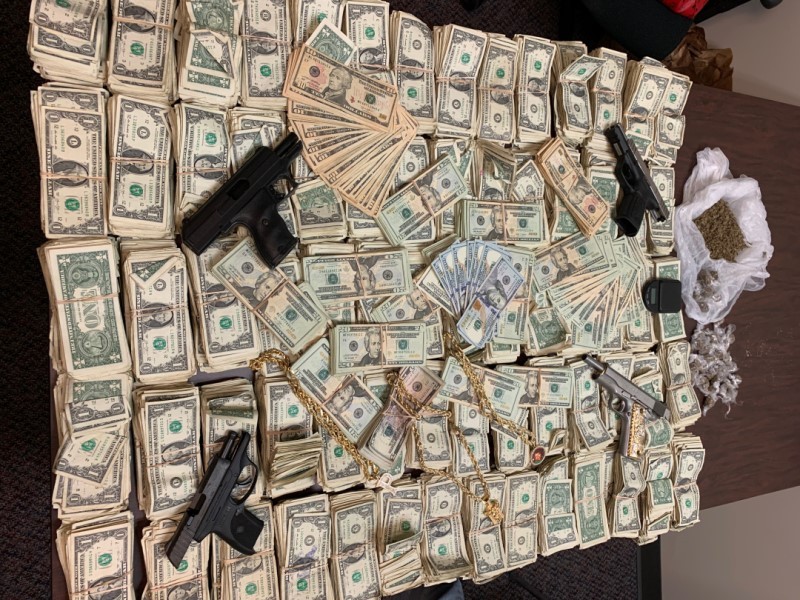 Ten of the named suspects in the arrest warrants were taken into custody in the initial raids with the other 10 suspects still being sought, according to Hall County Sheriff Gerald Couch.  Couch said all 20 suspects are from Hall County.

Couch addressed the media Thursday afternoon at Sheriff’s Office headquarters, saying, “’Operation Long Time Coming’ is one of the largest cases the MANS Unit has ever undertaken, and this is the first as the lead in a RICO (Racketeer Influenced and Corrupt Organizations Act) operation.”

“Agents estimate that the drug organization earned as much as $1.4-million per year by trafficking in crack cocaine, synthetic marijuana and prescription pills, with the narcotics coming out of Atlanta and being sold from a home here in Gainesville,” Couch continued.

Couch said, “The investigation began last summer as the result of several anonymous tips and complaints about heavy vehicle and pedestrian traffic…with possible narcotics being sold through the windows of a house located on Black Drive.”

Black Drive is located between E.E. Butler Parkway, I-985 and Athens Street on Gainesville’s east side.

“According to agents, drug dealers at the home averaged a minimum of twenty transactions an hour from early in the morning until late at night, seven days a week,” Couch said.

Couch identified the following men as the “primary ringleaders” in the drug operation:

According to the Sheriff’s Office the ten suspects taken into custody Thursday morning include:

Couch said when the ten outstanding arrest warrants are served the names of those individuals will be made public.

“All of the suspects in this investigation are family members in some fashion, related either through blood or through marriage,” Couch added.  He said it did not appear at this time that the organization had gang connections.

Couch said seventy law enforcement personnel from several different area agencies participated in the early morning raids, and outside of the twenty suspects named in the original arrest warrants no other arrests are anticipated.

Gainesville Police Chief Jay Parrish said, “Shortly after I became Chief, I, too, began to get phone calls from neighbors in neighborhoods that were held hostage by drug users.  These drug dealers and drug users held those neighborhoods hostage.”

According to MANS officials approximately $30,000 in cash was seized as a result of the raids, as well as several hand guns.  No information on whether drugs were seized during the raids was made available.

Couch did say that crack cocaine was the primary drug being sold (with synthetic marijuana second) and that over 60-kilos of the drug had been sold while the investigation was developing.