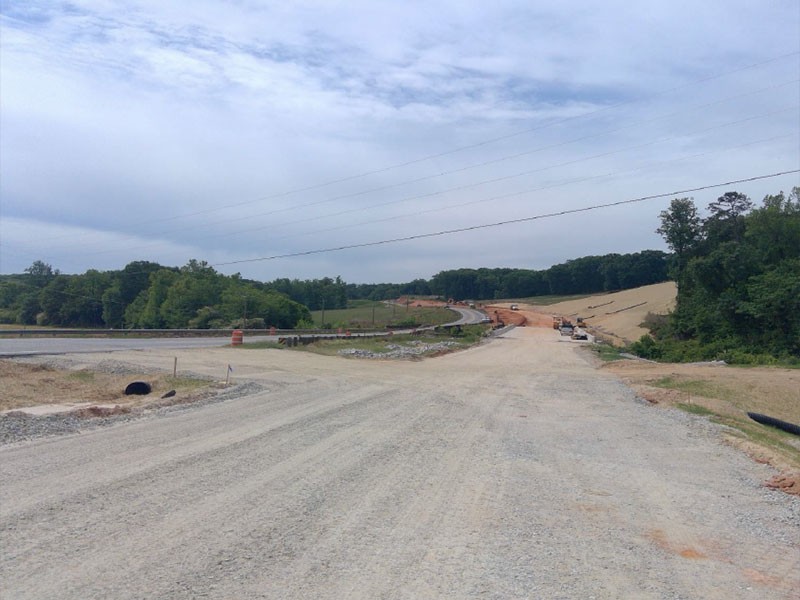 The project to widen a seven-mile stretch of U.S. 129 east of Gainesville will be delayed about a year because of issues with water-line relocation, state transportation officials said Wednesday.

The $45 million project was scheduled to be completed later this year.

"This is one that a lot of people are expecting to be completed this year," Kelvin H. Mullins, the Georgia Department of Transportation's district engineer for Northeast Georgia, said. "Unfortunately, we've were some significant utility delays with water-line relocation that delayed this project. … It's going to be next summer before we're going to be able to open this one."

The project runs from Ga. 323 in Hall County to Ga. 332 in Talmo, and it includes construction of a bridge and approaches over Allen Creek. It was awarded to Pittman Construction of Conyers in May 2016.

The update on the project came during the annual Transportation Forum hosted by the Greater Hall Chamber of Commerce. DOT Commissioner Russell McMurry, as well as Hall County and Gainesville officials, updated nearly 200 people on several major road construction projects in the area during the forum, which was held virtually because of social distancing rules brought on the coronavirus.

McMurry told the audience the transportation department will not be spared the budget cuts that state legislators will consider when the reconvene next month. State departments have been asked to identify 14 percent in spending cuts. The DOT board is expected to discuss its recommended cuts during a meeting Thursday, McMurry said.

But he said projects currently under construction or under contract will proceed.

"Obviously we have to continue our work, and I think I's very important to not that all our existing projects that you see our there under construction or the ones we bid this week will move forward," McMurry said. "There are not at-risk of having to be stopped or shut down due to budget impacts."

Georgia has the 10th largest transportation system in the United States.

Howard Road interchange: The project, which is still in the concept phase right now, would dramatically change the intersection of Howard Road and Ga. 365, a site where a number of deadly accidents have occurred over the years.

The project would close the median at the intersection, so that drivers could only make right turns onto or off of Ga. 365. South of the intersection, a bridge could be constructed that would allow drivers on White Sulphur Road to reach Howard Road and Lanier Tech without crossing Ga. 365.

"This will be a significant improvement to this intersection," Mullins said.

A contract for construction is expected to be awarded in 2022.

Between the roundabouts, the road will be widened and a median installed. Drainage along the route will also be improved.

Ga. 400 express lanes: Express lanes on Ga. 400 from the North Springs MARTA station north into Forsyth County near McFarland Road are expected to be built. The 16-mile project is scheduled to open in 2026.

Ga. 306 culvert project: A project to replace a culvert on Ga. 306 will close a portion of the road to through traffic between Dawsonville Highway and Ga. 369 for two months. Drivers will be sent on a 14-mile detour around the project, starting June 1.

I-85 widening: The contract for the second phase of a project to widen Interstate 85 to six lanes has been awarded, McMurry said. It will widen the interstate from Ga. 53 in Braselton to U.S. 129 in Jefferson.

"It's very critical because both Braselton and Jefferson have such a big freight distribution warehousing area, but also it makes that critical connect to U.S. 129," McMurry said.