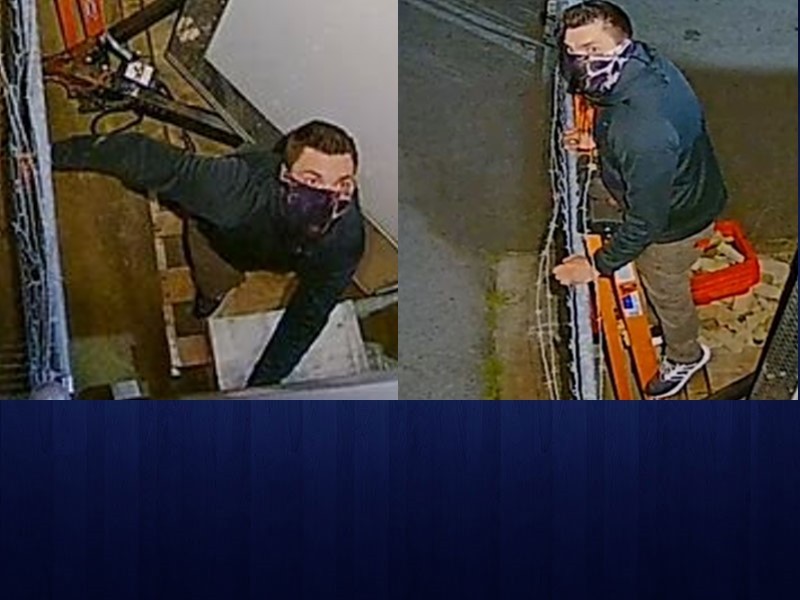 The Gwinnett County Police Department provided surveillance photos of the suspect in an April 3rd commercial burglary in Buford, hoping the public can help identify the man.
Contact Editor

A white male suspect who stole thousands of dollars worth of equipment from a Buford business remains on the run, and now police investigators are asking the public to help identify the man.

A report from the Gwinnett County Police Department (GCPD) said the suspect entered Infinity Construction on Austin Park Avenue in unincorporated Buford in the early-morning hours on Friday, April 3.

Surveillance video from the business showed the suspect cutting the fence at the business and using ladders to climb over barbed wire.

Investigators said the suspect stole $24,000 in motors used for cellphone tower construction, $4,000 in wiring and another $1,000 in construction equipment.

Anyone who recognizes the suspect or knows anything about the theft is asked to contact GCPD detectives at 770-513-5300.  Those who want to remain anonymous may contact Crime Stoppers at 404-577-TIPS (8477) or visit www.stopcrimeATL.com.  Crime Stoppers tipsters can receive a cash reward for information leading to an arrest and indictment in this case.  The case number for the crime is 20-027922.