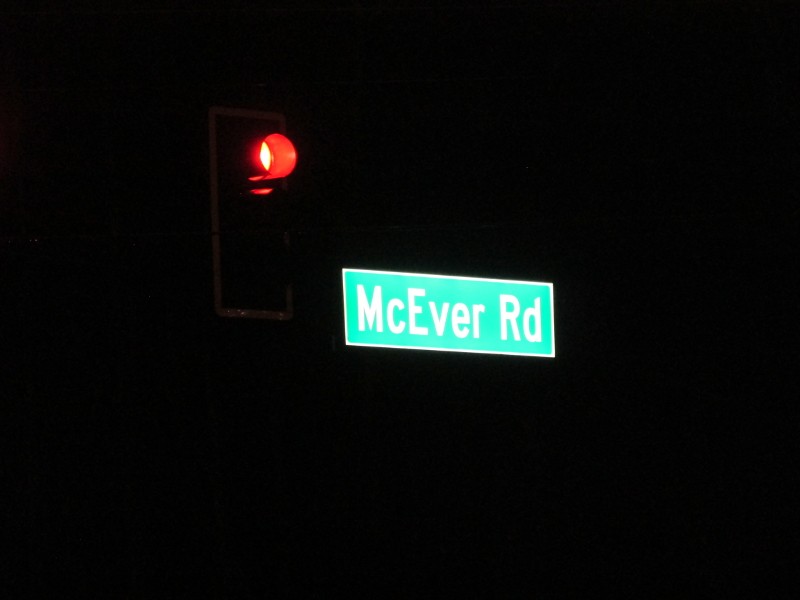 FLOWERY BRANCH – Leaders of this rapidly expanding south Hall County community barely have time to catch their collective breath after dealing with growth issues in one area of town before growth issues pop-up in another area of town.

Establishing a strategy for redeveloping the historic downtown business district has kept city planners, staff and city council members busy in recent years.  Now that a plan for downtown is in place and moving forward, growth along the McEver Road corridor has begun crying out that it wants the city’s undivided attention.

Thursday’s city council meeting included several items on the agenda, including a pair of public hearings, dealing with growth along the heavily traveled stretch of McEver Road within Flowery Branch city limits.

Flowery Branch City Planner Rich Atkinson introduced the public hearings, one an annexation request to allow for a 102-unit single family subdivision, the other a rezoning request to allow the development of a 93-unit townhouse community.

“I thought I would go over briefly the McEver Road corridor,” Atkinson began.

“It’s almost four miles that are actually in the city and we control, really, just two corners of it,” he told council members, reciting numerous annexation and rezoning requests along the roadway that have been handled in recent months, many of them for residential development.

“As you know, staff feels this McEver Road corridor is pretty important to the success of the city as a whole, and especially as the downtown progresses, we want to ensure that all annexations and rezonings are made with thoughtfulness and the utmost care,” Atkinson added.

“It’s under-developed and we have some parcels that we have control over and I think we need to be real careful in how we make those decisions.”

Atkinson went on to explain his vision for McEver Road development.  “What we are looking for in this corridor is that mixed use; it should be cohesive with the surrounding area, and we really want to strive to make sure these two corners we actually have control of are built the way that we want them built.”

The two corners he references are where Lights Ferry and McEver Roads intersect, and where Gainesville Street/Jim Crow Road crosses McEver Road.

Atkinson said, “We should definitely rely on the Comprehensive Plan, as always, to guide us in these decisions.” The Flowery Comprehensive Plan 2016 to 2035 was adopted in June of 2016 and is built upon the original 2006 comprehensive plan which was revised in 2011.

Former city council member Ed Lezaj was a part of the team that developed the initial comprehensive plan, and was one of many making comment during Thursday’s public hearing.

“Why don’t you look at the Comprehensive Plan for Flowery Branch and live by it?” Lezaj asked.

“There is ‘denial’ along McEver because it is a commercial entity; it is the only tract we have for commercial development.  Why do we want to put in single family units?” Lezaj said.  “It’s not designated that way in the Comprehensive Plan.”

“When you have a commercial road, keep that land commercial,” he added empathically.

Harley Jones lives in the Four Seasons Subdivision off McEver Road and agreed, saying that adding residential traffic loads to the McEver corridor is not a good idea. “Many of us have to get on McEver Road every day… and my concern is: what is being done to coordinate, to improve, the traffic situation on McEver Road?”

Kathy Forte also lives off McEver Road and says she does not want to see more residential traffic being added to the through-traffic that presently keeps McEver Road busy.  “You start adding in 200 homes, 300 homes…we’re making decisions without knowing all the repercussions.”

She added, “You have a unique opportunity to, number one, keep Buford away from us, and two, to give us a quality of life.”

The schedule for further public hearings for the two items mentioned above, as well as for other upcoming rezoning and annexation applications, is available on the city’s website and is updated as specific information becomes available.