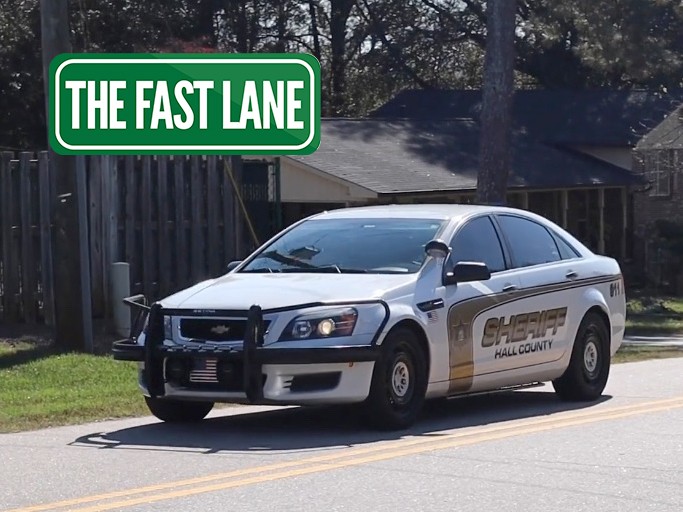 The holidays are traditionally a busy season on the roads, and despite the many changes that 2020 has brought, that isn't expected to be any different this year.

The Hall County Sheriff's Office is hoping to use the busy travel period to educate the public about dangerous driving practices that they say have led to an increase in fatal crashes this year.

"Back in 2019, in Hall County alone, there were 20 fatal traffic accidents. Fast-forward to 2020, by the end of October this year, we already had 25," Hall County Sheriff's Spokesman Derreck Booth said. "The Georgia Department of Transportation found that roughly 76 percent of (fatal crashes in Georgia in 2019) were the result of unsafe driving behaviors."

Booth said those unsafe behaviors included distracted driving, speeding and driving under the influence. With that in mind, the sheriff's office is focusing on one of those behaviors each month from November through January.

The Traffic Safety Awareness Program is already underway starting with this month focusing on distracted driving. Sheriff's Lt. Todd Casper said the program is a combination of education effort and concentrating traffic patrols on the specific issues.

"We go to schools, we go to different social events and just have talks," Casper said. "What we've also done is we've gone back to our crash reports and we have located the different locations in the county that these seems to be the biggest problems and that is where the traffic units are concentrating their enforcement efforts."

So far, Casper says the program is working.

"We've had quite a good response from the community and also through the enforcement efforts, we've found a large amount of infractions," Casper said.

To hear more about the county's traffic safety awareness program, watch the video above.