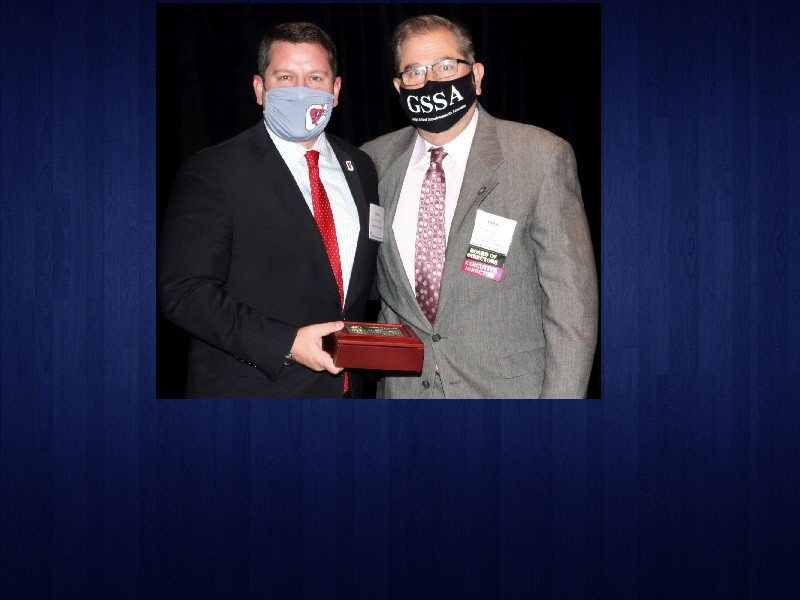 The Hub, a student success center at Gainesville High School, is operating along through the pandemic, and its success has not gone unnoticed.

Gainesville City School System Jeremy Williams was recognized as one of six superintendents in Georgia with the 2019 President's Award by the Georgia School Superintendents Association.

"I was very surprised and honored to be receiving the award, but more than anything else it's a testament to the number of people that put the work in to ensure that our kids have the support that they need," said Williams. He named Deputy Superintendent Sarah Bell, Hub Director Tonya Sanders and Gainesville High Principal Jaime Green as major players in The Hub's success, alongside the high school's team, the Northeast Georgia Health System and the Medical Center Foundation.

The Hub is making the best of a tough time, still open and available to Gainesville High School students. The Hub was designed to benefit a wider range of students and families, but Williams said the pandemic has forced the system to keep campuses buttoned up and closed to the public for now.

"When COVID hit back in March and we had to shut down, we had to transition fairly quickly to still identifying support students needed," Williams said. "Some of the students that are on our radar, we already knew about them, but there were students that because we had to stay indoors for quite some time and we lost contact with some students, we had new needs."

Williams said The Hub began working on programs and supports around the pandemic, and then slowly reopened The Hub. Construction at the high school has also put a slight damper on how many they can serve, but Williams said things were still on the uptick.

"We were kind of put on pause for a little bit, we really hated that because all the momentum we had moving in to it in late January when we had the ribbon cutting really kind of stalled out," he said. "So now it's good to see that it's gaining traction and we're able to get our kids in there."