Baldwin rolls out new fire trucks, including one donated by Lumpkin County 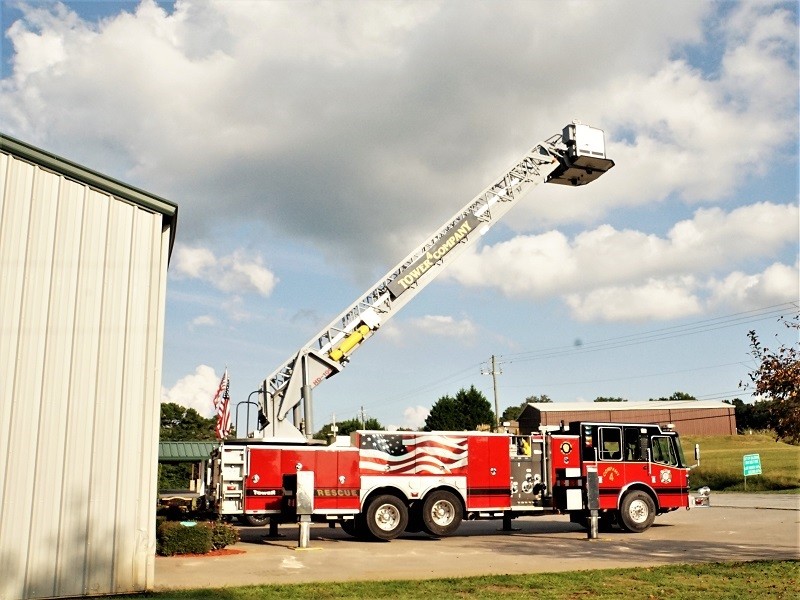 Baldwin Fire Department's new ladder truck is set up for last week's unveiling to the mayor and city council. The truck replaces one that failed and was taken out of service about two years ago.
Rob Moore 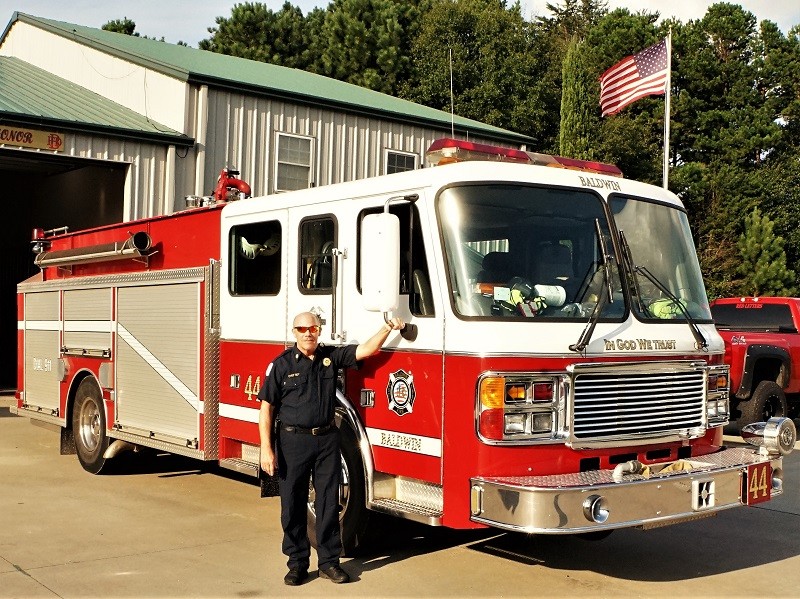 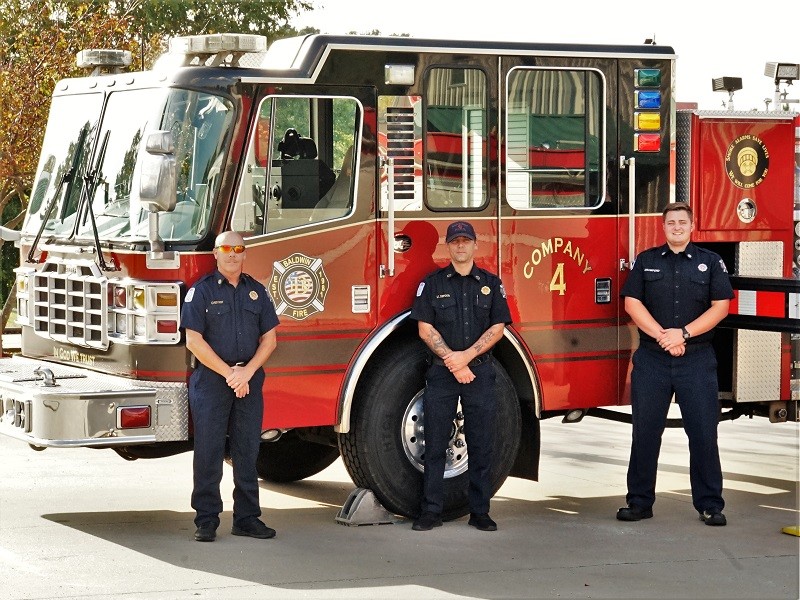 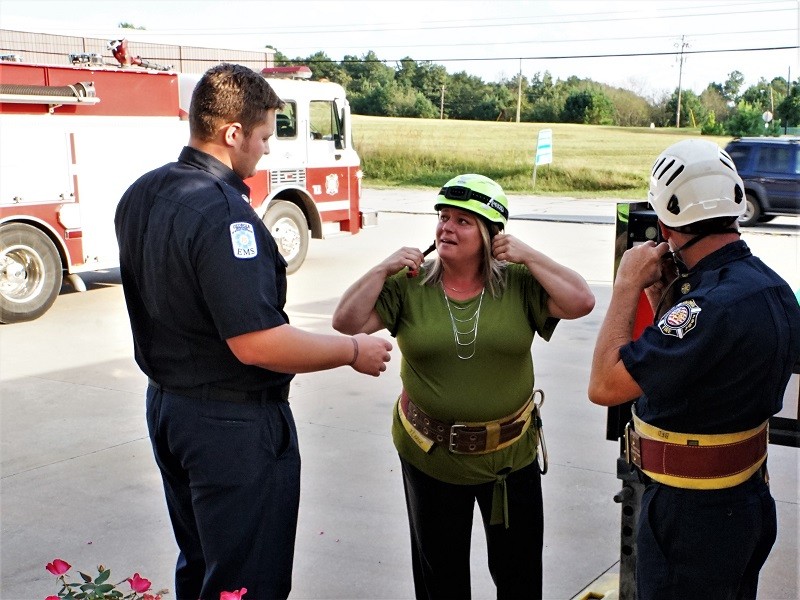 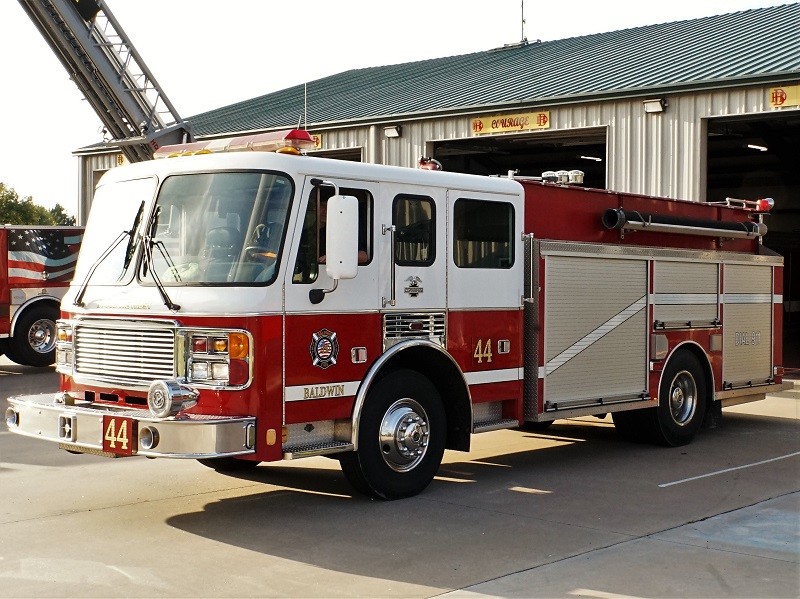 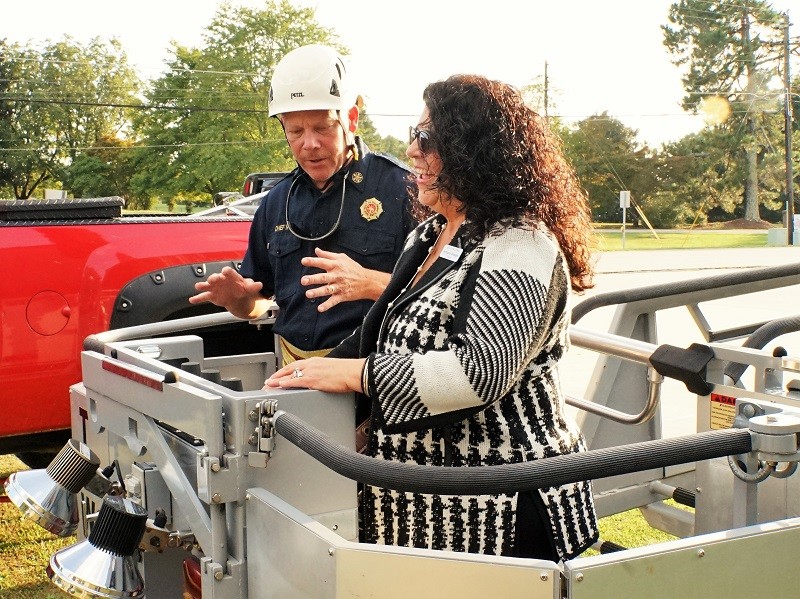 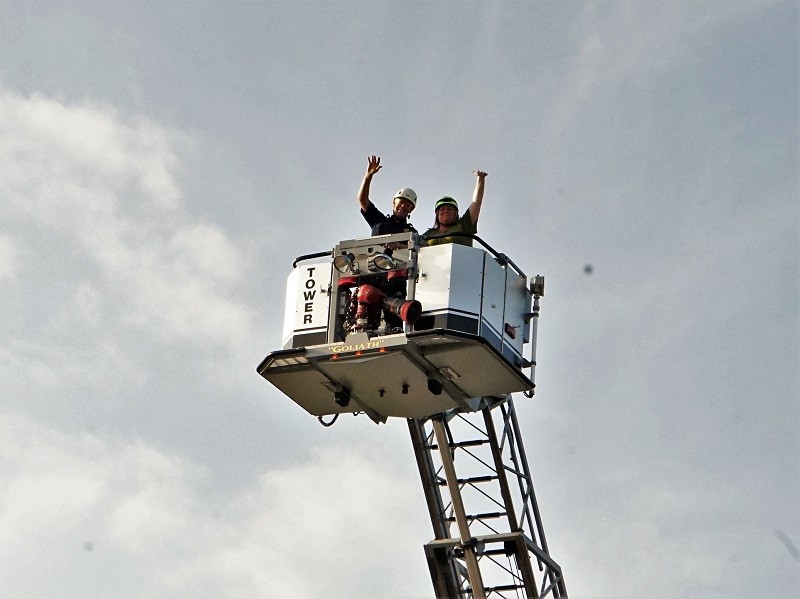 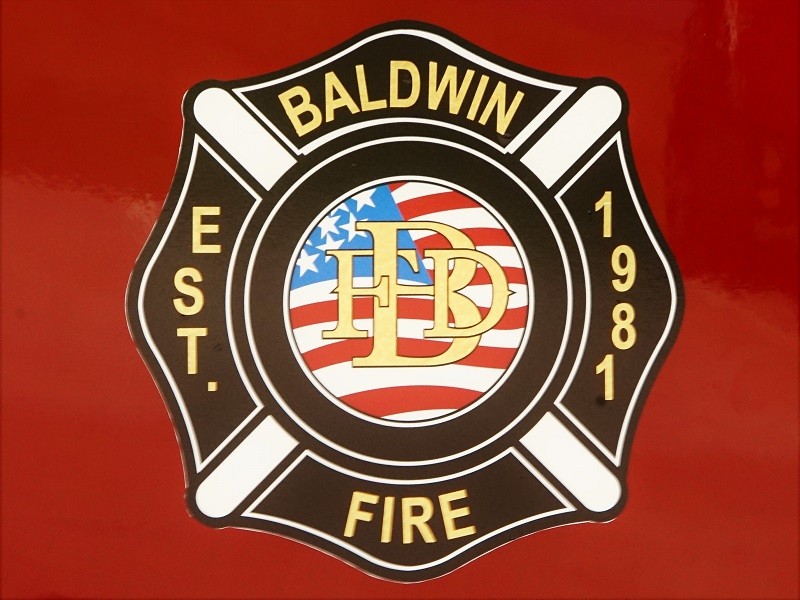 BALDWIN – Plagued by mechanical issues with one of its fire trucks, Baldwin Fire Department recently received a donated fire truck from Lumpkin County.

The 1999 American LaFrance pumper previously served as a reserve engine for Lumpkin County and is no longer needed there.

That donation could not have come at a better time, as Baldwin’s primary truck is down with mechanical issues.

“Getting that from Lumpkin County, I can’t tell you how thankful we are for that,” said Baldwin Mayor Joe Elam. “Since we’ve got a pump down on our primary truck, it’s just been a blessing to the city to have that available to us.”

The donated truck immediately was placed in service in Baldwin, even before lettering could be completed.

Another of Baldwin’s trucks recently returned to service after being down for mechanical issues as well.

“Lumpkin County being so nice to give us a truck for free to help us out because of the problems we’ve been having with our older trucks,” said Baldwin Fire Chief Joe Roy. “That was wonderful.”

Roy said if Baldwin ever no longer needs the truck, they will “pay it forward” to another department.

Baldwin also recently filled another need with the purchase of a used 2005 Ferrara Inferno platform ladder truck from Mount Pleasant, S.C., outside Charleston.

The 100-foot ladder can reach any of the apartments or commercial buildings in the city.

The $125,000 purchase, approved by the city council at the end of July, replaces a 1981 ladder truck that experienced failure about two years ago and was taken out of service.

“It means that we have better security than what we’ve had as far as the working components of the fire trucks being able to perform when we need them,” Roy said.

Now, both new trucks are lettered and available to respond when needed. Both trucks were rolled out prior to Monday night’s city council meeting so that the city’s elected officials could examine them.

Councilwoman Alice Venter and Councilwoman Stephanie Almagno took turns going up in the ladder platform with Roy to see the apparatus in action.

“It is quite a blessing to see it,” Elam said. “I know that the ladder truck has been a need for our department for quite some time, understanding that we have a piece of equipment now to take care of some needs we were just simply not going to be able to take care of before.”

Elam said the ladder truck will provide invaluable protection for the city.

“Seeing one of our council members up there high is scary, but I’m sure thankful we have that kind of height and reach,” Elam said.

For the past two years, had Baldwin needed a ladder truck to assist in fighting a fire, one would have to be requested from Cornelia, Demorest, Clarkesville, Habersham County Station 9 in Hollywood, or Banks County Station 31 at Banks Crossing, delaying response.

“We’ve been without a ladder for the last two years and thank God we found this one,” Roy said. “This one here is definitely a beautiful truck for the city. It will last a long time. It’s in great shape.”

Roy said the new trucks will strengthen the fire department’s fleet and better serve those who live in, work in, and visit Baldwin.

“This will put us with three working engines, one ladder and a rescue,” Roy said. “And it will give us a reserve engine. In case one goes down, we can pull one back into the fleet.”

The current Baldwin fire station has room for all the city’s apparatus, including the new trucks.