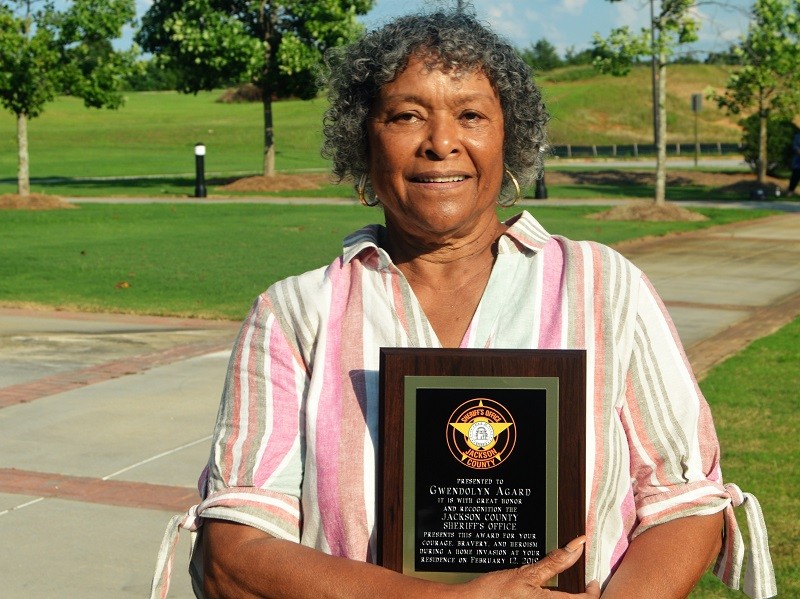 Gwendolyn Agard holds the plaque presented to her by Jackson County Sheriff Janis Mangum during National Night Out in Jefferson Tuesday.
Rob Moore 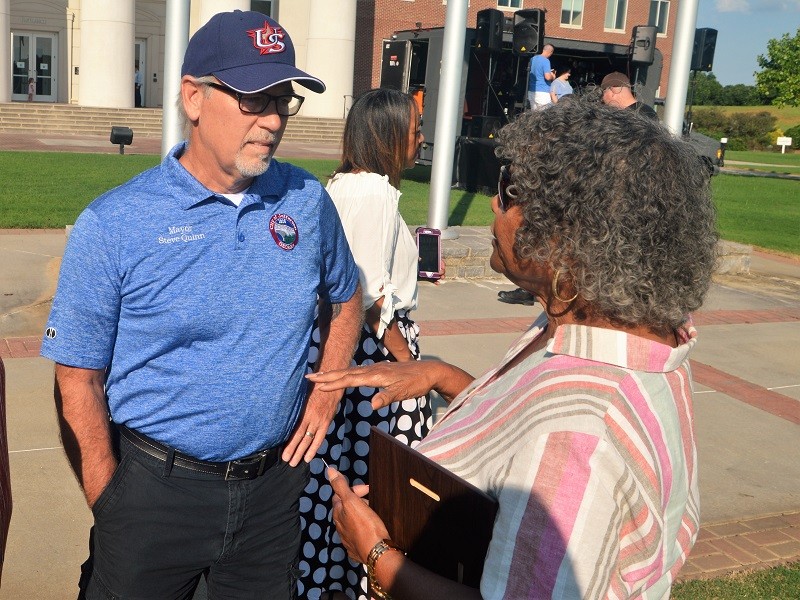 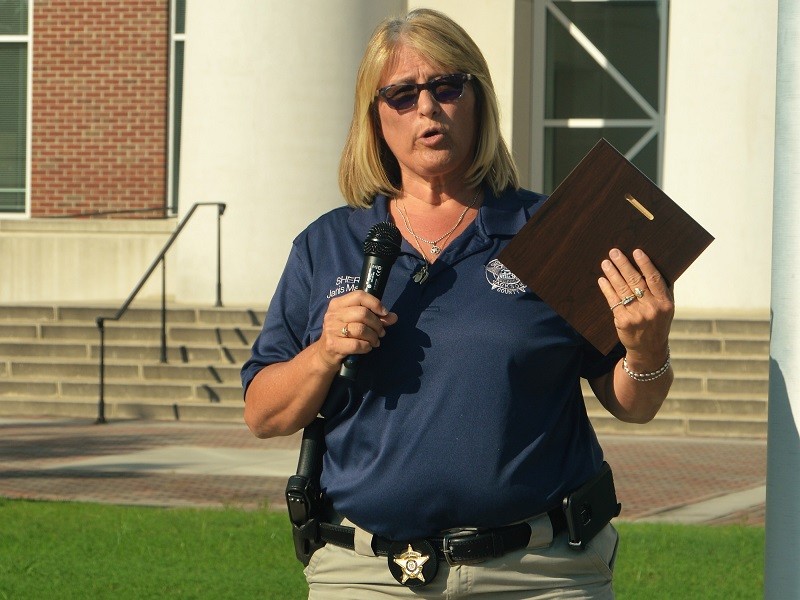 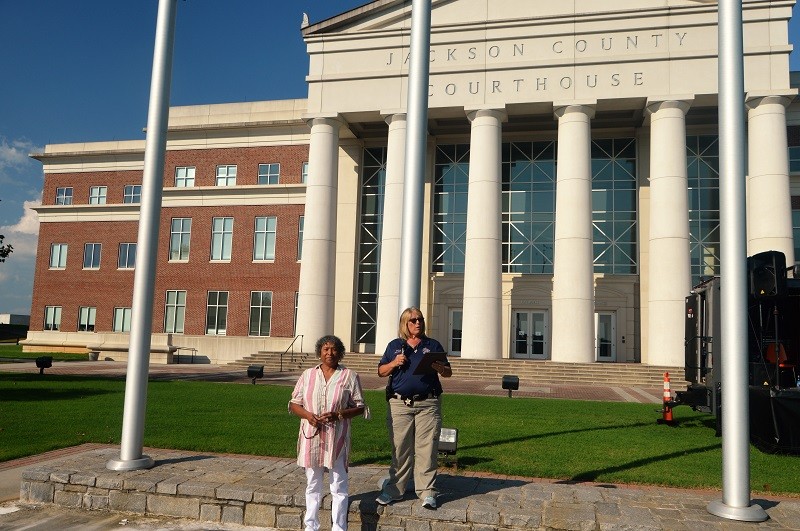 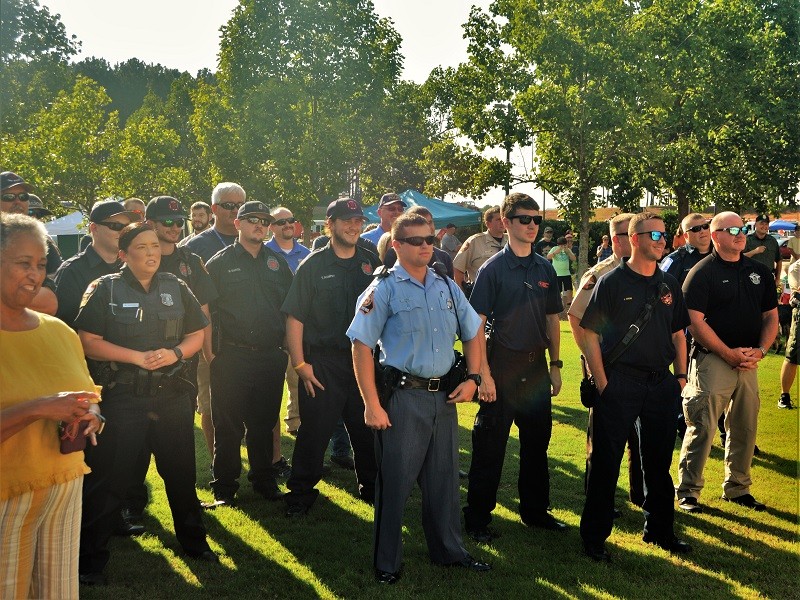 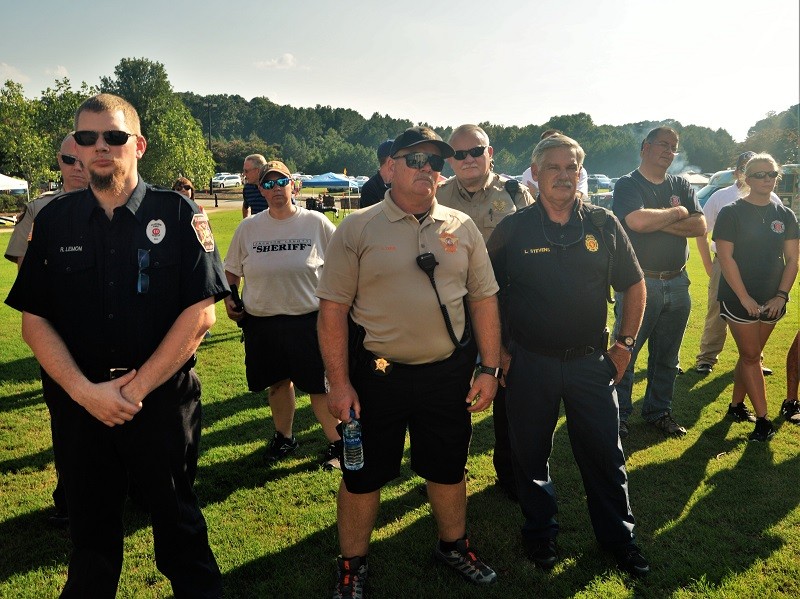 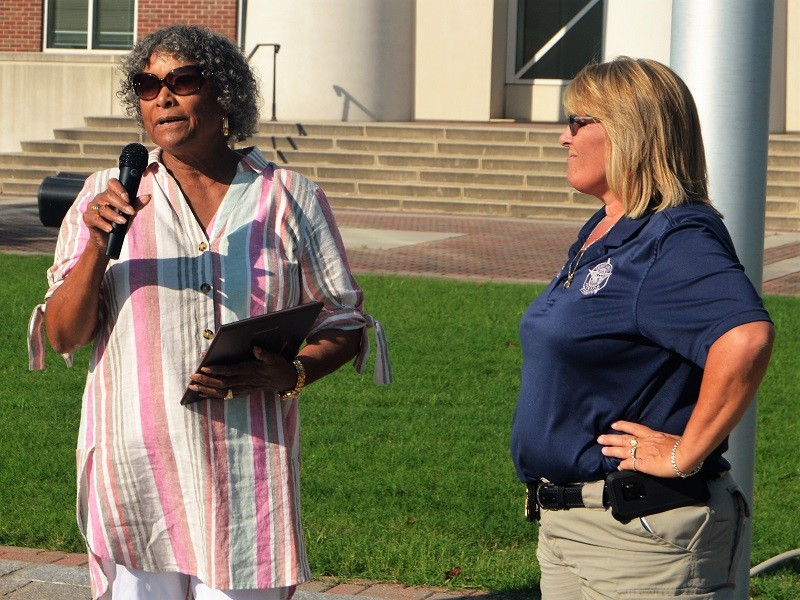 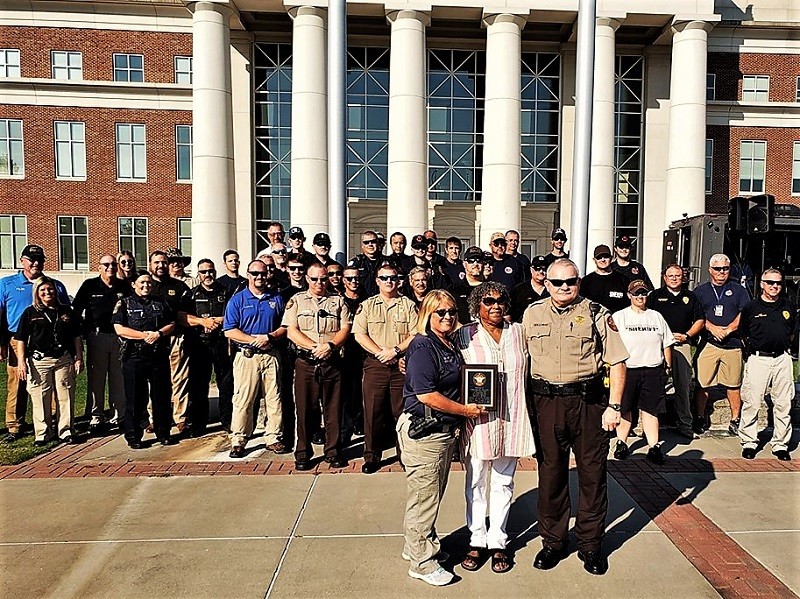 JEFFERSON – An elderly Jackson County woman who opened fire inside her house to scare a home invasion suspect earlier this year was honored by Sheriff Janis Mangum during National Night Out.

Gwendolyn Agard, who lives near Maysville, is a caretaker for the elderly and disabled and had a blind woman at her house at the time of the incident in February.

Mangum said she was driving and had her radio down because she was on the phone when she met two deputies running lights and sirens and traveling at a high rate of speed.

“I get off the phone, turn the radio up and hear the 9-1-1 dispatcher say, ‘She’s fired some shots’,” Mangum said. “Then I heard them say, ‘She hears glass breaking’.”

Mangum checked to find out what was going on, then headed that way.

“Ms. Gwen heard somebody trying to turn her back doorknob, like they were trying to come in her back door, so she goes and peeks out the blind and she sees a young man trying to get in,” Mangum said. “At this point, Ms. Gwen had already gotten her gun. I’ll tell you about Ms. Gwen … Ms. Gwen has a gun in every room at her house.”

That comment drew applause from the 100 or so people gathered for the presentation under the flagpoles at the Jackson County Courthouse in Jefferson Tuesday night.

Mangum said Agard told the man in no uncertain terms that if he entered the house, she would take care of him.

“So, Ms. Gwen fires a round off in the house and it goes through the bathroom … thinking he would leave,” Mangum said. “But he didn’t leave.”

Instead, the man went up some outside steps to an upstairs apartment. That’s when Agard heard glass breaking.

“So, she gets another gun because she didn’t think that one was good enough,” Mangum said. “She got what she thought was a bigger gun, and she hears noise upstairs and he’s throwing stuff down the steps.”

Agard saw a foot coming down the steps, then a knee, all while telling the man that if he came down the steps, she would shoot him. So, she fired another round through the stairwell, Mangum said.

The man went upstairs and stayed. Deputies soon arrived and took him into custody.

“Ms. Gwen, at her age, is so brave for what she did that day, because if she had not fired those shots, I don’t know what he might have done, she doesn’t know what he might have done,” Mangum said. “He ended up being from around Dallas, Ga., left in his mom’s car and came up the interstate and ran out of gas or something. He picked Ms. Gwen’s house to try to go into, but we’re thankful Ms. Gwen is ok.”

On behalf of the Jackson County Sheriff’s Office, Mangum presented Agard with a plaque recognizing her heroism in the face of fear.

“She exhibited so much bravery that day, even though she was scared to death,” Mangum said. “She protected not only herself, but she protected the lady that she was taking care of.”

Agard took a minute to thank personnel in attendance who had come to her rescue during that Feb. 12 incident.

“I just want to say thank you, guys, ladies, whoever was there,” Agard said. “I don’t know who was there, but I remember the first man who came there – even he looked scared, so you know I was scared.”