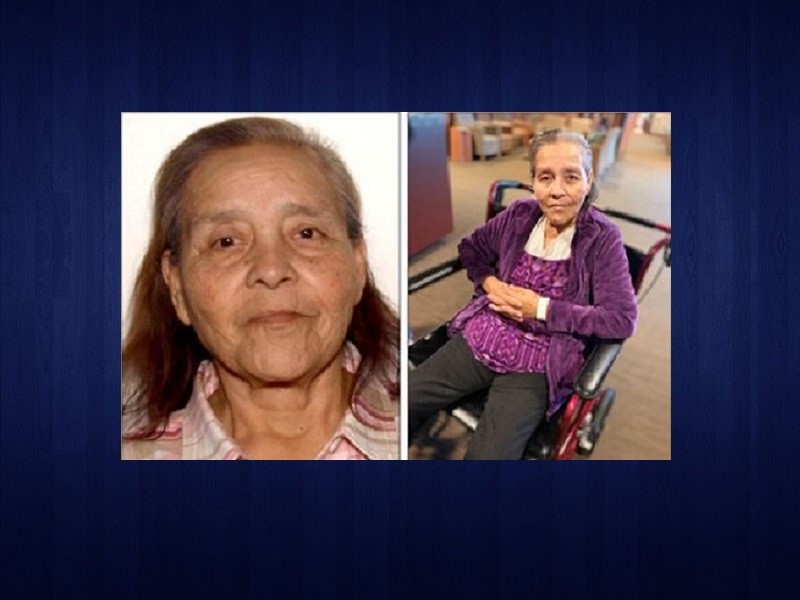 A disabled woman who went missing from her home in Buford Tuesday morning has been located, according to the Gwinnett County Police Department. Rosa Elia Escobedo, 72, was found in Dekalb County Tuesday night, and authorities said she has been reunited with her family and appeared to be in good health.

Cpl. Michele Pihera said Rosa Elia Escobedo, 72, is a white woman who is 5'3" and 190lbs. with brown eyes and gray hair.

It's not known what she was wearing when she left, but authorities believe she could be driving a Silver 2001 Toyota Corolla.

Anyone with information about her whereabouts should call Gwinnett Police at (770) 513-5700.