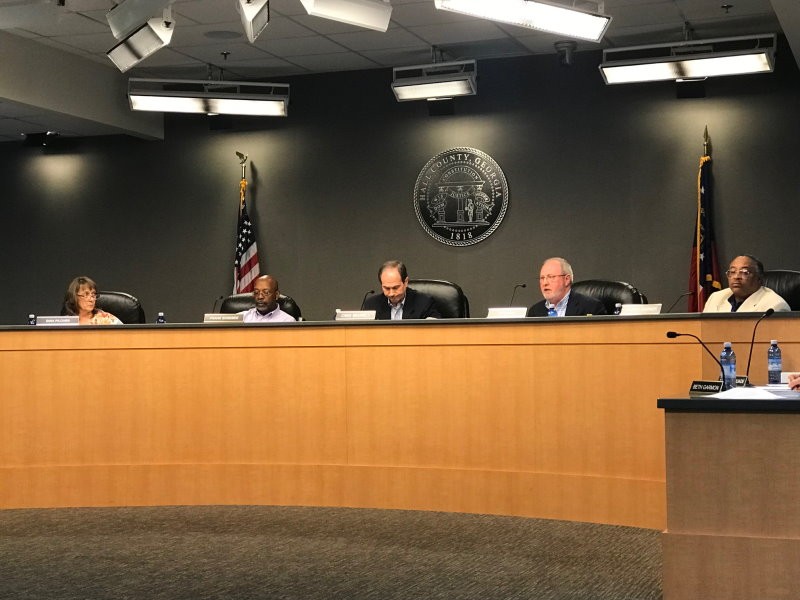 A rezoning to allow for a proposed 65-lot subdivision in east Hall County was recommended for approval by county planning commissioners Monday, though not without concerns.

The recommendation came in a 3-2 vote, with planning commissioners Gina Pilcher and Johnny Varner voting against the rezoning. If approved, the neighborhood would sit on just over 71 acres on the north side of Barrett Road across from Dorsey Peek Road.

Most of the concerns from planning commissioners were that the developer, Silverstar Construction, Inc., had not yet met with area residents about their potential concerns. Planning Commission Chairman Chris Braswell voted to recommend the neighborhood but advised Silverstar's Jason Jackson that he should speak with the property's neighbors.

"I would suggest in the future that that's something you do ahead of time," Braswell told Jackson.

Planning commissioners added a condition to their recommendation requiring Jackson to make himself available to any residents interested in discussing the development. Jackson said he would comply with the condition.

One nearby resident, Doug Nassar, spoke against the rezoning at Monday's meeting, saying he operated a farm and orchard directly behind the property and had concerns about runoff and sewer infratructure that he said would affect his business. No one else spoke against the development.

Planning Commissioner Varner said he also had concerns about the development's size.

"I think we've got to be good stewards and think about the community that already exists there, not so much what's coming there," Varner said. "I would have probably agreed to something on a smaller scale."

The rezoning will be up for another public hearing and a final vote at the Hall County Commission's voting session on May 9.