Gainesville leaders opt for Ga. 60 connector instead of Enota bypass 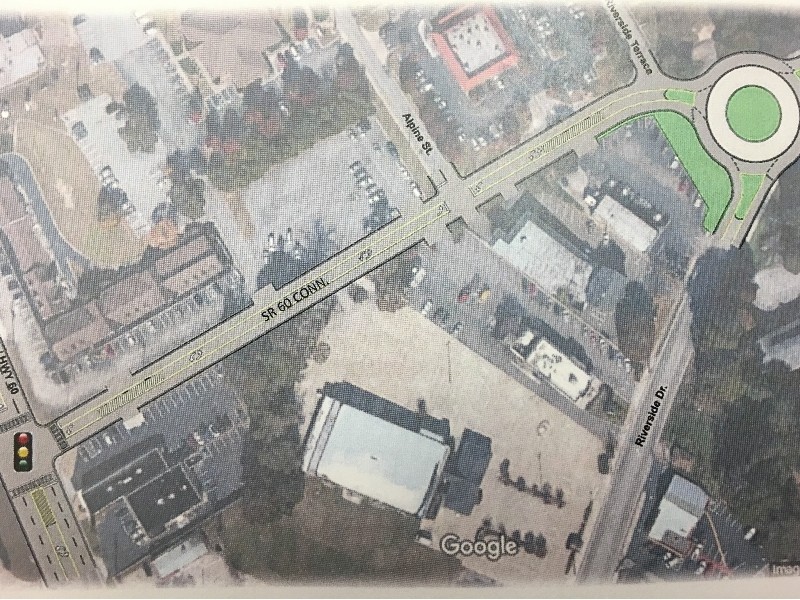 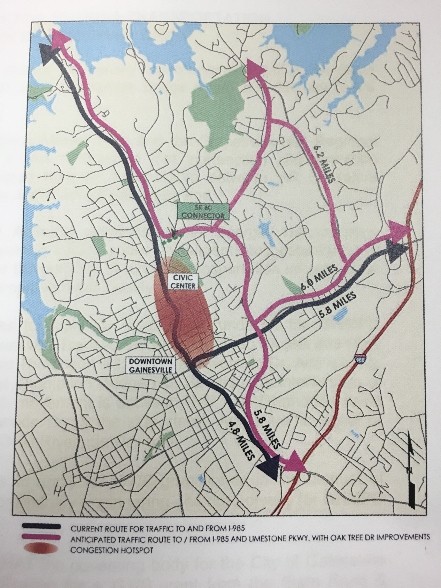 Gainesville City Council members have scrapped the plan for the proposed Enota bypass, and have instead looked at rerouting truck traffic along Ga. 60 in an effort to keep the bigger vehicles off of Green Street and downtown Gainesville.

One of the main improvements, according to city documents, would be a widening of Oak Tree Drive, a 0.2 mile road that connects Thompson Bridge Road and Riverside Drive near City Park. This would also include a new traffic signal at Oak Tree and Thompson Bridge.

"We're essentially amending our application to the Georgia Transportation Infrastructure Bank (GTIB)," said Bryan Lackey, city manager. "We put (the application) in in September, which was essentially the Enota project. After evaluating our options with community input, we decided there's a better option to reroute traffic."

The new plan actually includes a decrease in needed grant funding, from $1.9 million to $860,000, something Lackey said could improve their chances of approval.

The new truck route would be approximately a mile longer (depending on which direction one is headed) than the current route through Green Street, but Lackey said it still works for both the city and the trucking companies, which want a better, wider route for their trucks to navigate to I-985.

"It's essentially for truck traffic heading south on Thompson Bridge. Truck traffic would be able to turn left (onto Oak tree) and take Limestone Parkway to I-985," said Lackey.

Early plans show the intersection of Oak Tree and Riverside Drive being a roundabout (see photo), but that plan is certainly not a guarantee, said Lackey.

"We won't have to cut up neighborhoods. I think this is a sensible plan," said Councilman George Wangemann.

Gainesville city council members are expected to approve a new Deputy Municipal Court Solicitor. Inez Grant, an attorney with Gillsville Law, LLC is expected to be nominated and sworn in at city council's voting session next Tuesday at 5:30 p.m. Grant has served in similar roles in Forsyth and Hall counties.