New details released after emergency plane landing on I-985 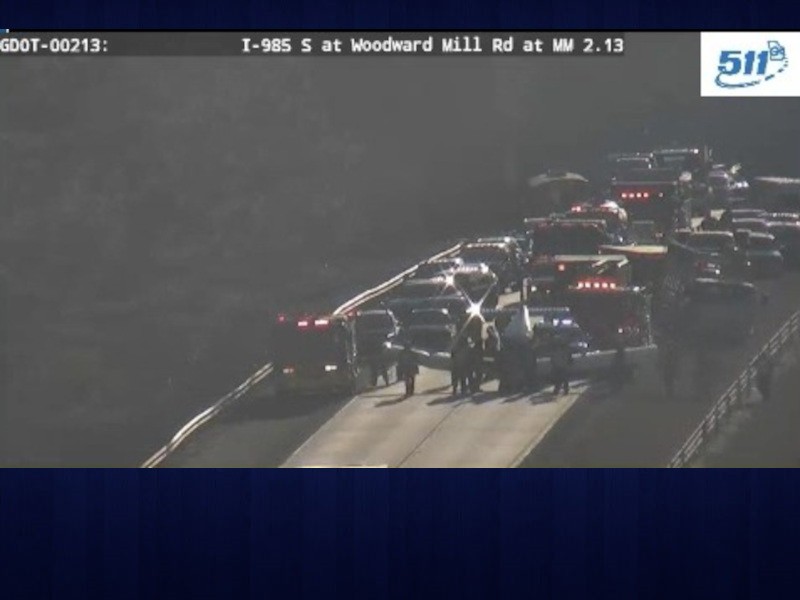 More details have been released after a single-engine plane made an emergency landing Tuesday on Interstate 985 northbound in Buford.

A preliminary report from the Federal Aviation Administration shows the pilot of the Piper called into the Gwinnett County Tower as they were returning inbound for runway seven at the airport. The controller advised the pilot to report a three-mile left base to runway seven.

The controller attempted to contact the pilot shortly after for a position report, but they were unable to make contact.

A police helicopter then advised the controller a few minutes later that an aircraft had landed on I-985.

Two people were inside the plane at the time of the incident. No injuries were reported.

The plane is registered to Spalding Mill Aircraft, LLC, in Norcross, according to FlightAware.

Original story published at 6:25 p.m. Tuesday:
Gwinnett County Fire and Emergency Services confirmed that Interstate 985 Northbound has reopened following an emergency plane landing that shut down the roadway in the Buford area Tuesday afternoon for several hours.
The Federal Aviation Administration reported that the pilot of a single-engine Piper PA-28 made an emergency landing on I-985 around 4 p.m. Two people were inside the plane, but no injuries were reported.
The FAA will investigate the emergency landing and the agency is expected to post a preliminary accident/incident report by Wednesday morning.
The plane reportedly hit a tractor-trailer during the landing according to Gwinnett County Fire and Emergency Services. Fire crews also offloaded 10 gallons of fuel from the plane before it was transported from the scene.
Two Georgia State Patrol Troopers were on scene to provide traffic control. The Gwinnett County Police Department was also on the scene.
I-985 was shut down just north of the I-85 split and traffic was diverted onto I-85. I-985 northbound reopened around 6 p.m.
This story will be updated as more information becomes available.
© Copyright 2023 AccessWDUN.com
All rights reserved. This material may not be published, broadcast, rewritten, or redistributed without permission.