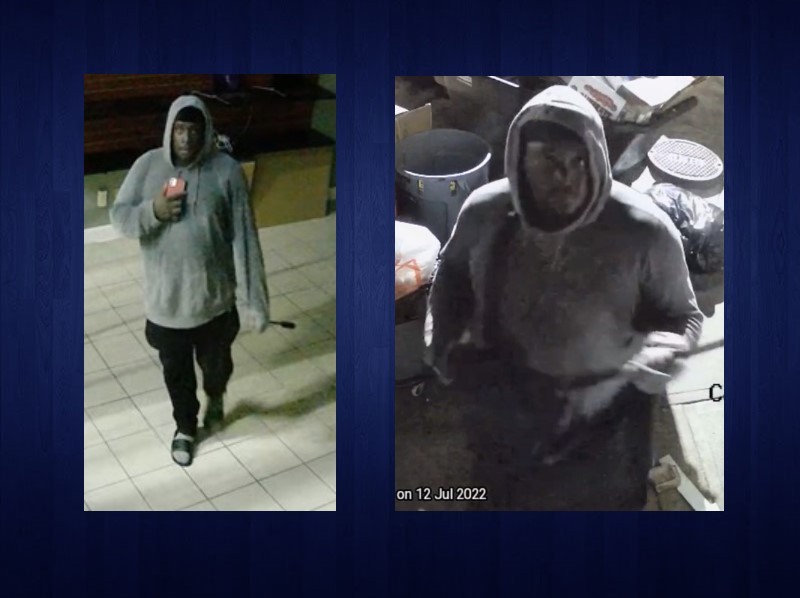 Authorities are looking for a burglary suspect who has been caught on video at several commercial burglaries in Gwinnett County.

On June 30, the suspect broke into the Bee Time Computers store in Lawrenceville and stole multiple electronic devices. On July 5, the same suspect was captured on video attempting to break into the Mariscos La Riviera in Norcross. According to the Crime Stoppers Greater Atlanta, the suspect was not able to get into that restaurant.

In both videos, the suspect is seen as a black male with a large build, wearing a gray sweatshirt and black pants.