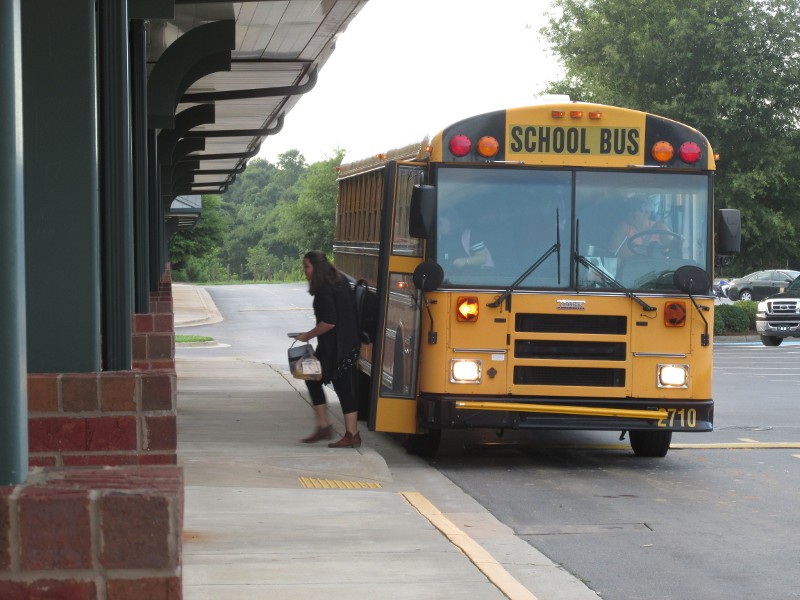 Officials with the Hall County School District and Gainesville City Schools said high gas prices caused by the Russian invasion of Ukraine are affecting their budget, but not day-to-day transportation operations.

Clay Hobbs, Transportation and Facilities Director with the Hall County School District, said they are still transporting students as normal.

"I have never, in my career ... dealt with a situation where the price has been this volatile," Hobbs said. "When we were looking at five dollars a gallon for diesel, that, for someone in my position, that really makes you stop and take pause and think, 'alright, how are we going to deal with this from a budget standpoint?'"

The budget for the 2022-2023 school year has been the main focus for Hall County Schools in the wake of higher fuel prices.

"This is the time of year when school systems are creating budgets ... we're right at that point ... we're trying to decide how much it's going to take to buy fuel for next year," Hobbs said.

Adrian Niles, Chief Operating Officer with Gainesville City Schools, said they have not had to reduce their bus routes or operations following increased prices for fuel.

"We're just reminding all of our drivers and our personnel to just be mindful of the fact that we are in a price increase for gasoline," Niles said.

While the prices may not have an impact on operations, Niles said the increase is still important, especially for taxpayers.