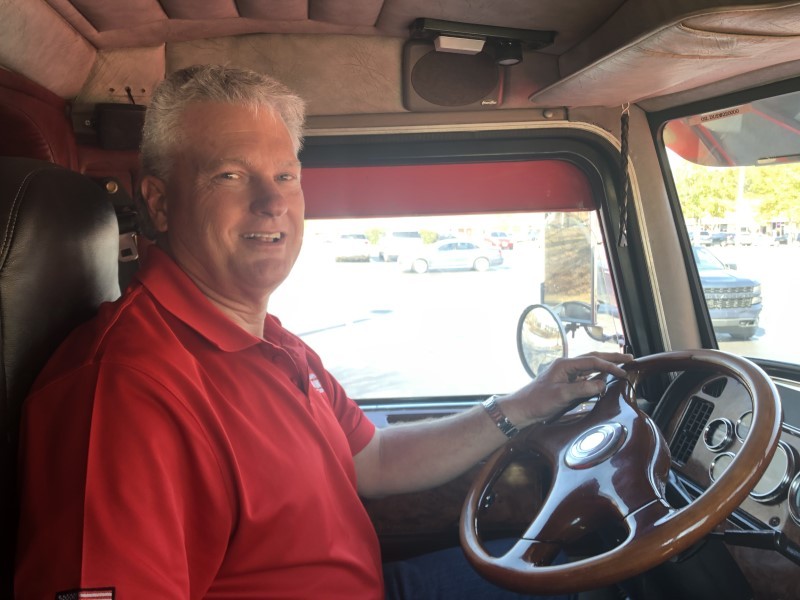 10th Congressional District Candidate Mike Collins inside the cabin of his truck, March 4, 2022. 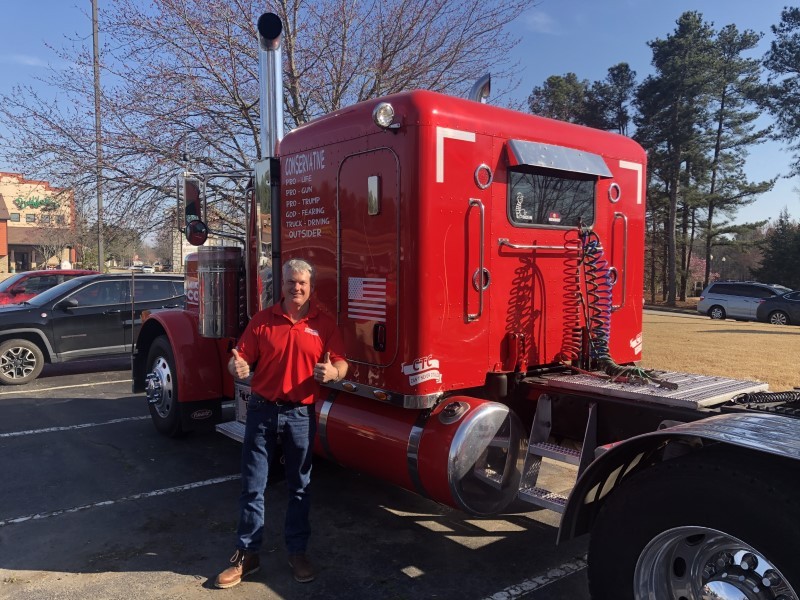 Sitting inside the cabin of his red tractor-trailer truck, Mike Collins, the frontrunner for the Republican nomination for Georgia's 10th Congressional District, gives his thoughts on COVID, importing Russian oil and former President Trump.

Q: Mr. Collins, you've made no bones about the fact that you're a supporter of President Trump, but you didn't receive his endorsement, were you surprised by that?

A: Donald Trump didn't endorse Vernon Jones to run for Congress. He endorsed Vernon Jones to get out of that governor's race. He wouldn't have cared if Vernon Jones ran for dog catcher--he would have endorsed him for that. It was kind of like the "Art of the Deal"-- Donald Trump got what he wanted, and [Vernon Jones] negotiated his way out of the race that he was in. That's fine because I will tell you...not only does he not even live in the district, he's from DeKalb County. He's not a Republican; he's a Democrat. The guy's had more grand juries against him, more accusations against him than times he's been able to vote in the 10th district, which is zero. [I] was born, raised, live and work in the 10th.

Q: An influential topic in the news right now is Russia's invasion of Ukraine, and many are calling on the U.S. to stop importing Russian oil; what's your position on that?

A: I find it comical and crazy at the same time, you're giving a State of the Union address, and you tell people to buy American, but we don't want to buy the oil from America--we'll buy that from Russia. People see through this...get rid of Russian oil. Putin is a thug. He's just a gas station over there; the real culprit that we've got to get control of is China.

Q: When it comes to the war in Ukraine, how involved do you think the United States needs to be, and are you concerned?

A: We have just pure weak leadership here. Yeah, it's a concern, not just for what you see in Ukraine but for what possibly could come next. The weapons and ammunition that we have provided them came from Trump and that administration...if we want to send our troops somewhere, send them down to that southern border and secure that down there. We lost 100,000 lives last year due to fentanyl. Which, by the way, comes from China.

Q: When you say you're against vaccine mandates, is that just COVID-19, or do you think we shouldn't require vaccinations for measles?

A: I think people have enough common sense to see their doctor and get their medical advice. We have this mentality going that we seem to be cradle to grave, to where the federal government is supposed to take care of us for everything. And that's not how it is. When you start giving away your freedoms, it doesn't stop. And so go see your doctor for your health advice. Don't go see your government.

Q: When you go out and meet voters, what are you telling them about Mike Collins? What's your most significant selling point?

A: I am unapologetically pro-Trump, a business person, outsider; I have never been elected to anything in my life. I do believe in that "America First" agenda. And if people are looking for somebody to go to Washington, D.C., and fight, and I mean fight, I'll be glad to do that. And we'll get up there, and we'll take our country back. And we'll get this country back on track. And I look forward to doing that. 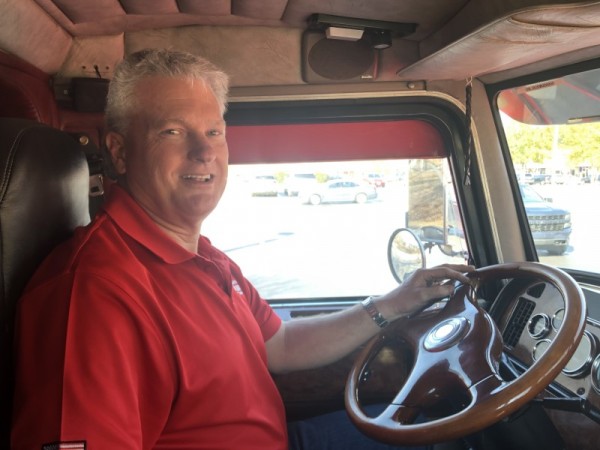 Q&A with Congressional candidate Mike Collins
Sitting inside the cabin of his red tractor-trailer truck, Mike Collins, the frontrunner for the Republican nomination for Georgia's 10th Congressional District, gives his thoughts on COVID, importing Russian oil and former President Trump. 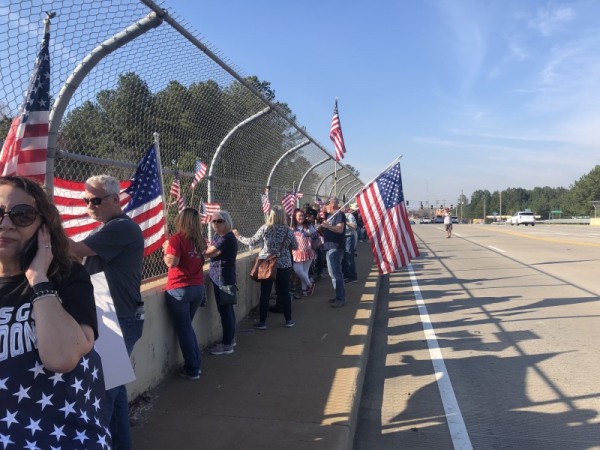 Georgians show support for trucker convoy
A group of around 50 residents gathered on an I-85 overpass Friday afternoon to show support for a convoy of tractor-trailer trucks on its way to our nation's capital.
By Jonathan O'Brien 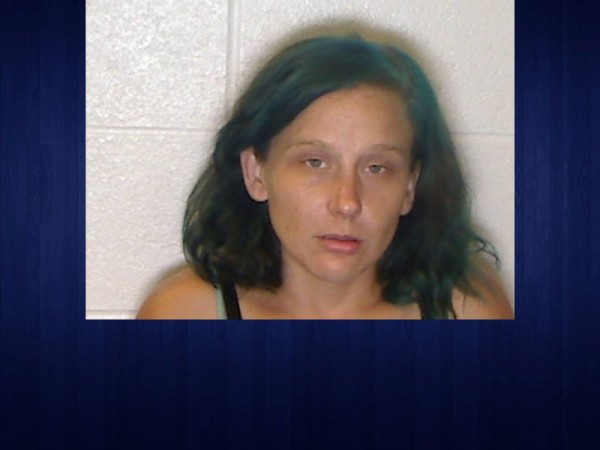 Former 10th District congressional candidate accused in treasurer's murder
A former Democratic candidate for Georgia's 10th Congressional District, which includes portions of Gwinnett and Barrow counties, is in custody, accused in the murder of her campaign treasurer. 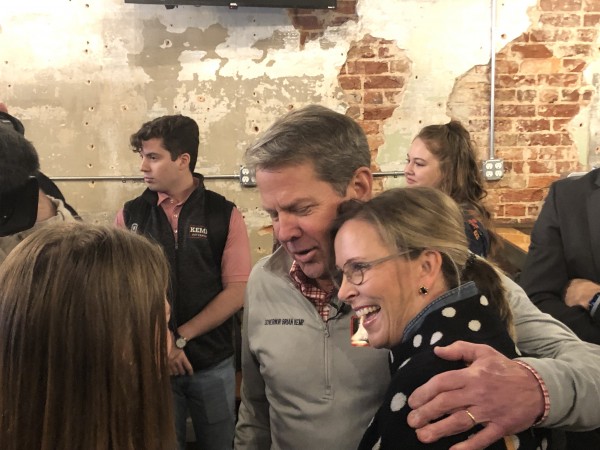 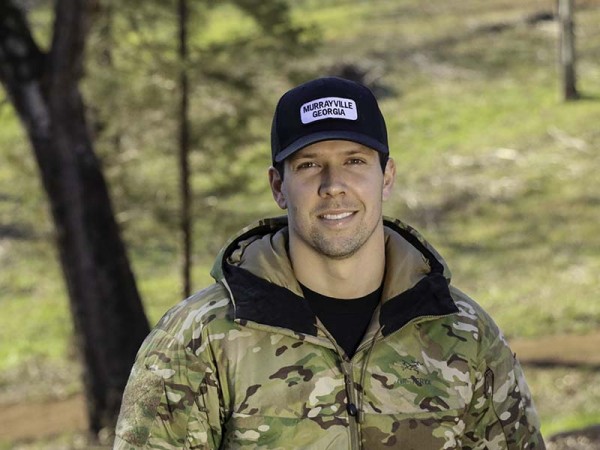 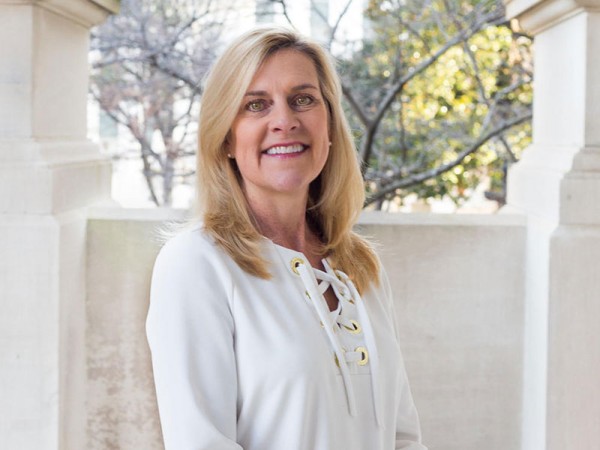