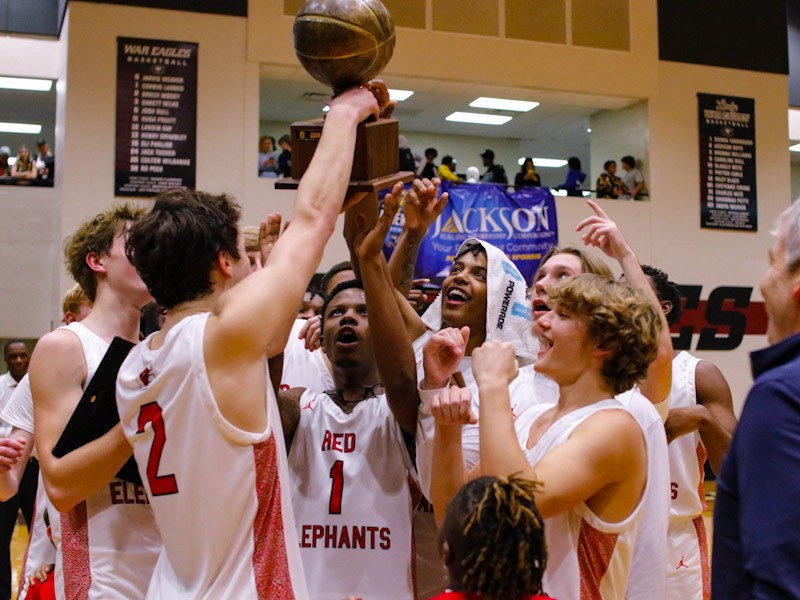 The Gainesville boys played the 2022 Lanierland finals against rival North Hall like they definitely remembered a gut-wrenching loss to East Hall in the 2021 championship game.

The Red Elephants stormed out to a quick lead, never trailed, and cruised to a 64-46 win over the Trojans on Friday at The Cottrell Center

Gainesville coach Chuck Graham said last year’s loss played a factor in his group trying to recapture the title. Gainesville’s 5-year reign in the Lanierland Tournament came to a gut-wrenching end in 2021 at the hands of East Hall. The 2022 title gives them six in the last seven years.

“We have 10 seniors, and I think they wanted to go out winning Lanierland,” Graham said. “I thought we played with a lot of energy in the first half.”

The first half was all Gainesville. They needed less than five minutes to run out to a 19-7 lead on the strength of 3-pointers from MVP Charlie Reisman and Isaiah Rico, four straight points from Dre Raven, and an Octavion Demory basket.

J.T. Chester and Cole Hulsey kept North Hall in the game, combining for 11 points as they closed out the opening quarter with a 6-0 run to trail just 19-13. But Gainesville exploded to start the second.

The Gainesville defense also did its part, forcing six first-half North Hall turnovers and holding Sam Gailey and Luke Sanders to 0-for-11 shooting and no points in the opening period. The pair came in averaging nearly 19 points/per game combined.

“We didn’t come out with a lot of energy and you can’t do that against teams like Gainesville,” North Hall coach Miles Kendall said. “We missed a lot of shots early and gave up too many easy baskets on defense.”

But North Hall (7-5) regrouped coming out of the half. Sanders drained a 3-pointer on his first attempt of the third quarter, and a Carson Brown basket got the Trojans within 45-34 late in the period. They continued the run into the fourth quarter when Hulsey scored to get to 47-39 with 6:40 left. But that’s as close as they would get.

A Cade Simmons 3-pointer highlighted an 8-2 Gainesville run. Gailey drained a 3-pointer to make it 55-44, but the Red Elephants held North Hall to just two points over the final 3:55.

Graham again stated that his team is on the verge. He hopes a successful last three days will be what they need as they get ready for a tough Region 8-6A schedule.

“It’s going to be a tough region. If we only have to coach basketball, this could be a special group,” he said. “Guys like Dre, Ellis and several other guys are starting to really step up.”

Hulsey paced North Hall with 17 points, Chester added 9, and Greg Beverly had 8 points. Sanders finished with 6 and Gailey just 5 for the Trojans. 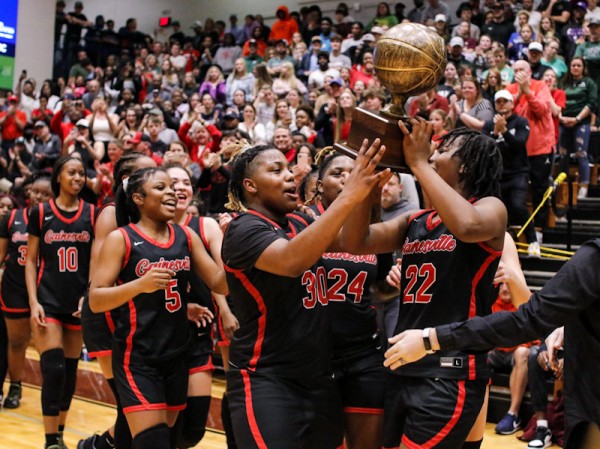 63rd Lanierland girls: defense propels Lady Red Elephants to Lanierland title
The plan for Gainesville was to limit Kristina Peach and the North Hall 3-point bombers from getting unleashed in the 63rd Lanierland Tournament final... 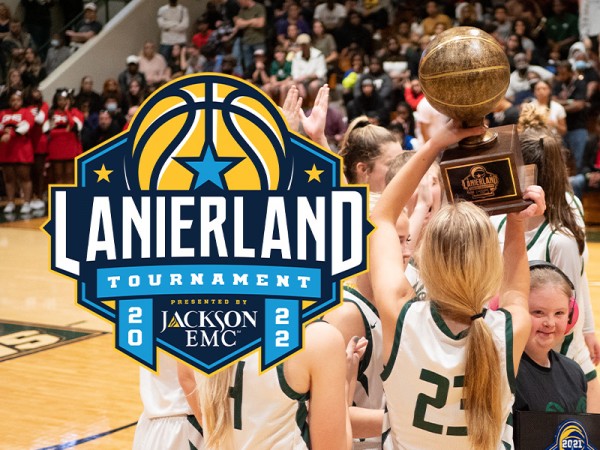 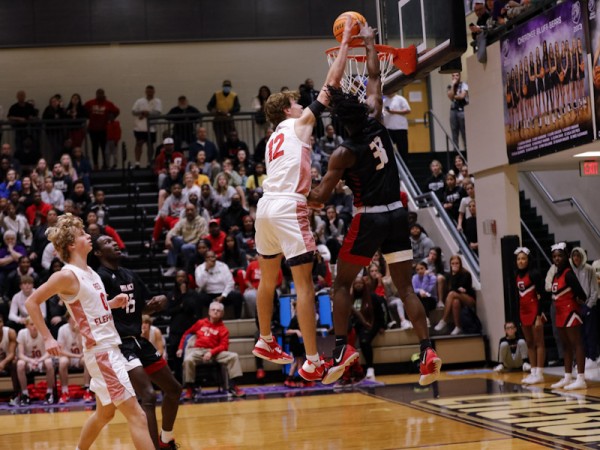 63rd Lanierland boys: Spartans, GHS, Bluff, NHall all advance to semis
West Hall boys coach Bobby Pless told his group it wouldn’t be easy against the defending Lanierland champions, even if East Hall was sporting a young roster without a full-strength C.J. Agborsangaya... 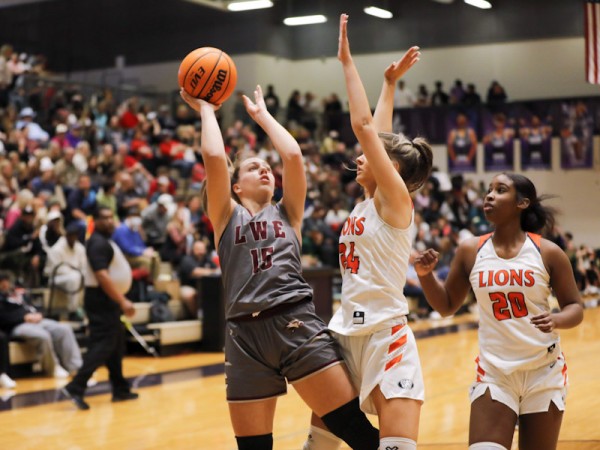 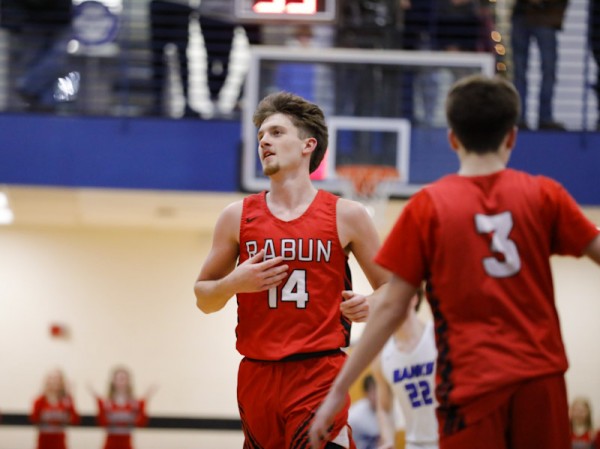 63rd Lanierland girls: defense propels Lady Red Elephants to Lanierland title
The plan for Gainesville was to limit Kristina Peach and the North Hall 3-point bombers from getting unleashed in the 63rd Lanierland Tournament final...
By Jeff Hart 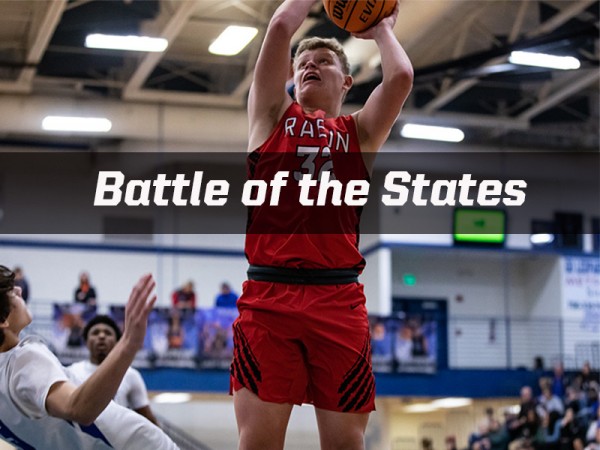 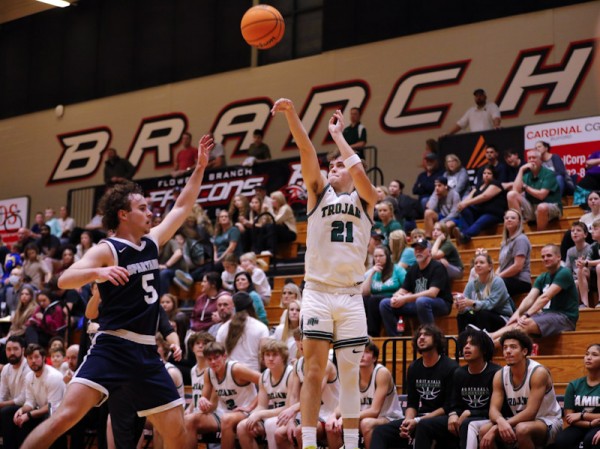 63rd Lanierland boys: North Hall rolls into 1st finals since 2012; Red Elephants into 7th straight
For the first time in a decade, North Hall will get a chance to play for a Lanierland Tournament trophy. The Trojans routed West Hall 73-53 on Thursday in the semifinals, using a 39-5 run to open the game and never looked back...
By Jeff Hart 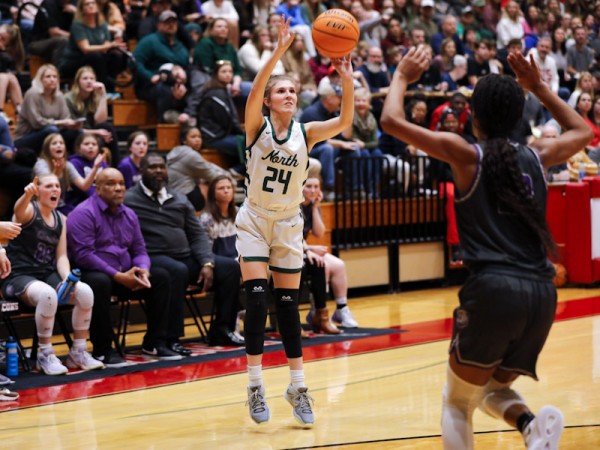 63rd Lanierland girls: North Hall, GHS set for rivalry showdown in finals
Eric Herrick allowed himself a small smile, though he knew the first goal for his North Hall girls squad still had one more piece to be completed...
By Jeff Hart

Basketballl: Georgia teams go 6-0 in 1st round of Battle of the States
Northeast Georgia-area teams made a strong showing on Wednesday in the opening round of the annual Battle of the States tournament at Towns County High School...
By AccessWDUN Staff
Privacy | User Agreement | Contact | Advertise With Us
2023 © Jacobs Media Corporation. All rights reserved. EEO Report. Website by Full Media
Login / My Access
close
Search