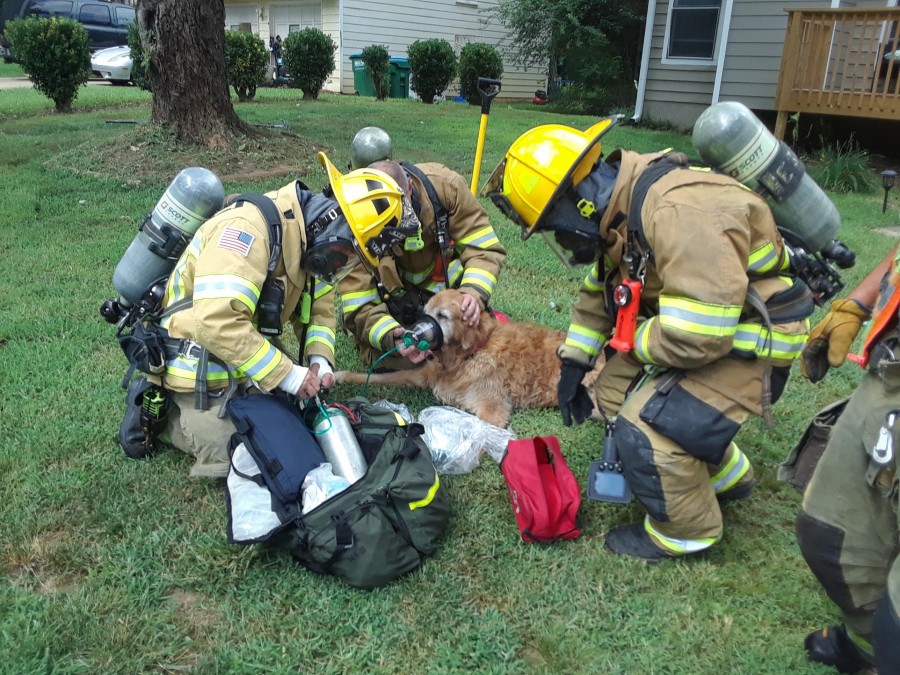 A dog was rescued from inside a burning home in Lilburn yesterday. No injuries were reported. (Photo: Gwinnett Fire and Emergency Services)
Contact Editor

No injuries were reported following a house fire in Lilburn yesterday.

A report from Gwinnett Fire and Emergency Services stated that the fire started in a home located in the 133 block of Lester Woods Court. A 911 caller said that there could be a dog inside the house, but the residents did not seem to be at home.

Fire crews arrived on scene and spotted heavy black smoke coming from the back of the home. Crews were able to bring the fire under control and search the home. A dog was rescued from inside the home during a primary search. Crews used a Pet Oxygen Mask outside to help with the dog's recovery.

The residents of the home, two adults and two children, were away at the time of the fire. The American Red Cross was contacted for assistance for the family.

After speaking with a resident, a fire investigator determined that the fire was accidental. The fire is believed to have started on the back deck of the home and spread inside.