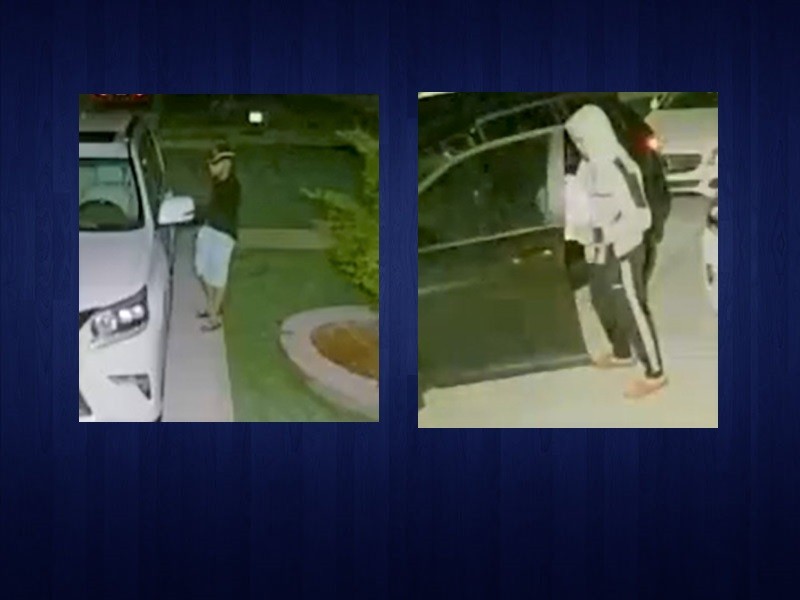 The Gwinnett Police Department is asking for the public's help in identifying two men who were caught on surveillance video entering several vehicles in Lawrenceville.

The first man is described to be between 5 feet 8 inches to 5 feet 11 inches tall and around 170 pounds.

Anyone with information is encouraged to call GCPD detectives at 770-513-5300.