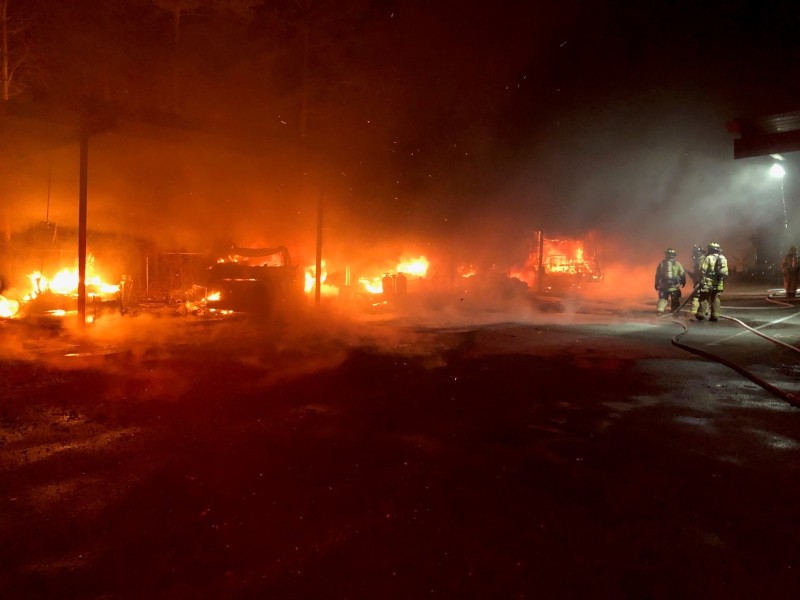 No injuries were reported following a Tuesday morning fire at a boat and RV dry storage facility in South Hall County.

According to Zach Brackett, Division Chief with Hall County Fire Services, fire crews responded to the reported fire in the 5700 block of Holiday Road just after 2 a.m.

When they arrived, units found five RVs, a truck and equipment trailer on fire underneath a covered structure that was open on the sides.

Brackett said units extinguished the fire quickly and have left the scene.

The cause of the fire is still under investigation by the Hall County Fire Marshal’s Office.