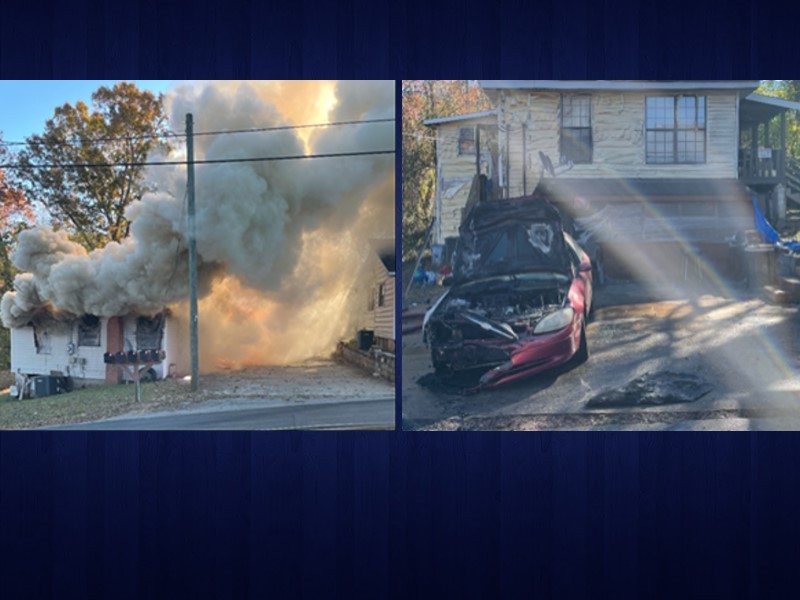 Fire investigators are not sure yet what started a fire that destroyed a Gainesville home Friday morning.

Firefighters from the Gainesville City Fire Department and Hall County Fire Services responded to the scene on Brown Street around 10 a.m., according to Hall County Fire Capt. Bobby Ogletree.

"Crews arrived to find a 900 [square foot] residential structure with heavy fire and smoke emitting from all sides," Ogletree said in a media statement.

Ogletree said the fire was extinguished quickly, but there was extensive damage.

"Although the fire was contained to the original structure, the heat ignited a car in the drive and two adjacent houses sustained cosmetic damage to the exterior," Ogletree said.

One person was assessed on scene for possible smoke inhalation, but declined to be taken to the hospital for observation.

Six people were displaced as a result of the fire. The American Red Cross was called for assistance.