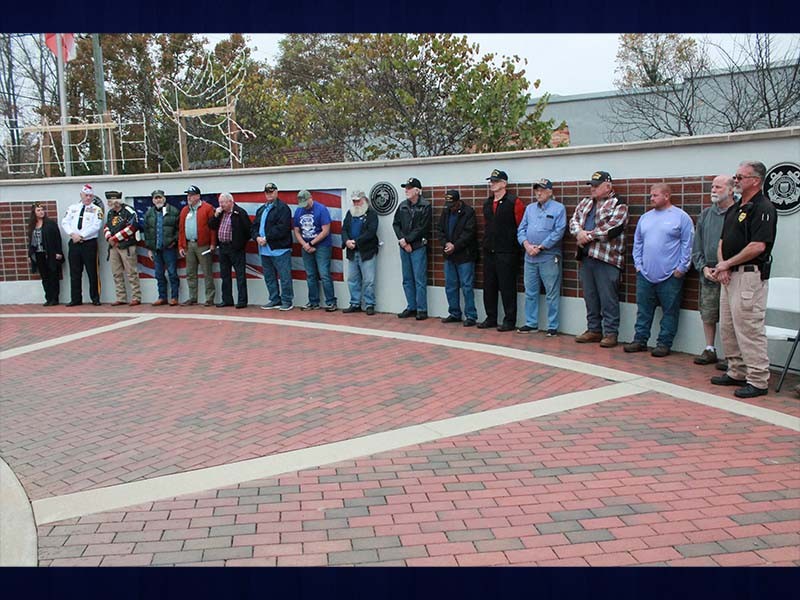 A group of veterans stand together for recognition during the City of Lula's and Lula-Belton Historical Society's Veterans Day celebration. 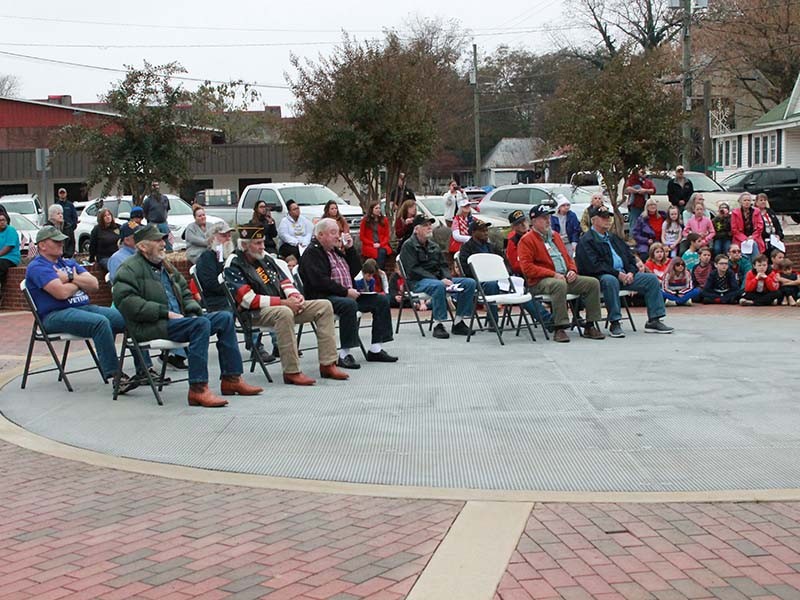 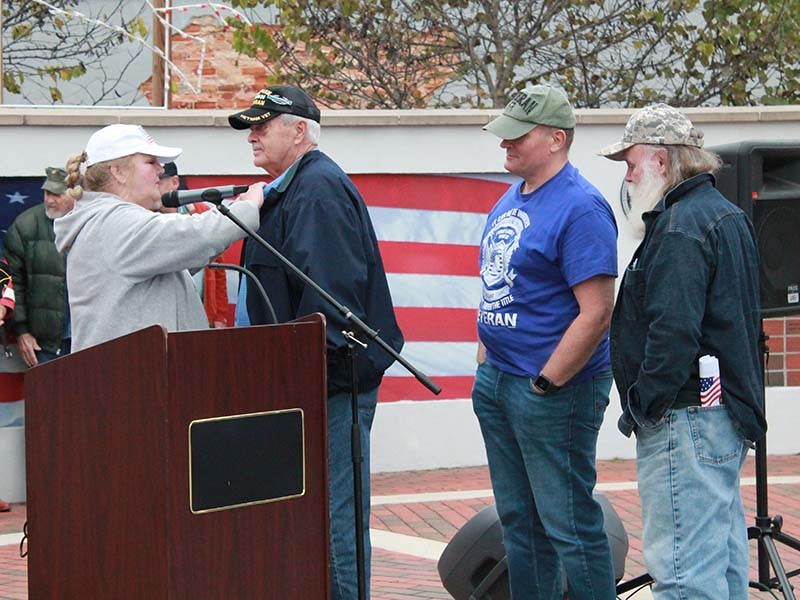 The City of Lula and Lula-Belton Historical Society hosted a Veterans Day celebration Thursday morning at the city's Veterans Park.

Around one hundred people packed the small memorial park in downtown Lula at 10 a.m. to show their own pride and appreciation for veterans.

The celebration began with performances of the National Anthem and "Those Who Served" by the Lula Elementary 4th and 5th grade Chorus, followed by a speech by retired Army 1st Sgt. David "Bill" W. Miles.

Then Amy Cornet, president of the Lula-Belton Historical Society, presented each veteran with an American flag pin.

"We are very proud and honored to be able to honor our veterans," said Cornet. "They sacrifice their time, their families sacrifice so much, as well as the veterans...it's the least we can do to show appreciation and honor them."

Once the ceremony was over, attendees were encouraged to shake hands and thank each veteran for their service.

Mordecai Wilson was among the veterans recognized for their service. The 96-year-old served two years in the Pacific Theater during World War II. He has also served 20 years on the Lula city council.

Wilson expressed his gratitude at being included in the celebration.

"I think it's great I can be a part of it and I'm glad to see people appreciate what we have done, because if we had lost the war in World War II a lot of you would have been speaking a different language," said Wilson. "So thank God, and I tell all of the veterans: we won it, you hold it."

Wilson said he is also thankful he got to come home from the war and receive support from citizens.

"I was 18 years old when I went over; a lot of guys that I went over with didn't come back with me," said Wilson. "I thank God for everything and the support that the people back home gave us. It meant a lot to us to have that morale and know that you were for us."

Lula Mayor Jim Grier said Wilson has been an inspiration to him for the latter's service and sense of duty. In addition to Wilson, Grier said he knows many of those recognized during the ceremony personally.

Grier added that veterans deserve to be recognized more often.

"This is something our community really needs to do because we really owe a lot to these veterans and all of their time and service...we really need to do this more often to say thank you to them, more than just one day a year," said Grier.

The celebration lasted about an hour and concluded with a prayer by Craig Murray, pastor of Lula United Methodist and Living Mission Church.