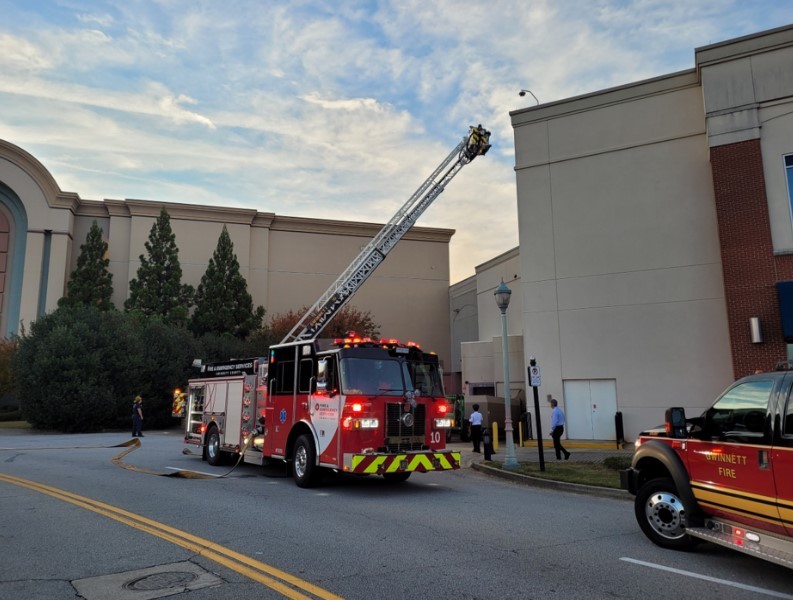 A fire at a clothing store inside the Mall of Georgia in Buford on Tuesday afternoon has been ruled a case of arson.

"A fire was set to clothing on or near a rack in the back of the store and spread to involve the entire rack of clothing," Gaeth said in a statement released Wednesday.

No one was injured, but the mall was evacuated as a result of the fire.

The Mall of Georgia was evacuated Tuesday evening as one of the stores reported a fire.

A 9-1-1 caller reported flames in the back of the RUE 21 store. Shoppers were trying to extinguish the fire with fire extinguishers.

According to a press release issued from Gwinnett Fire and Emergency Services, when fire crews arrived, they evacuated the building.

Firefighters found a clothing rack on fire and smoke filling the main corridor. They were quickly able to extinguish the fire, which was contained to that area. Even after the fire was out, smoke in the building was an issue, so crews used an electric fan to remove the smoke.

No one was injured, although one mall security guard was evaluated for possible smoke inhalation. That individual declined any treatment.

A fire investigator is still trying to determine what started the fire. The mall was evacuated for several hours and Gwinnett County Police were on scene assisting with crowd control.