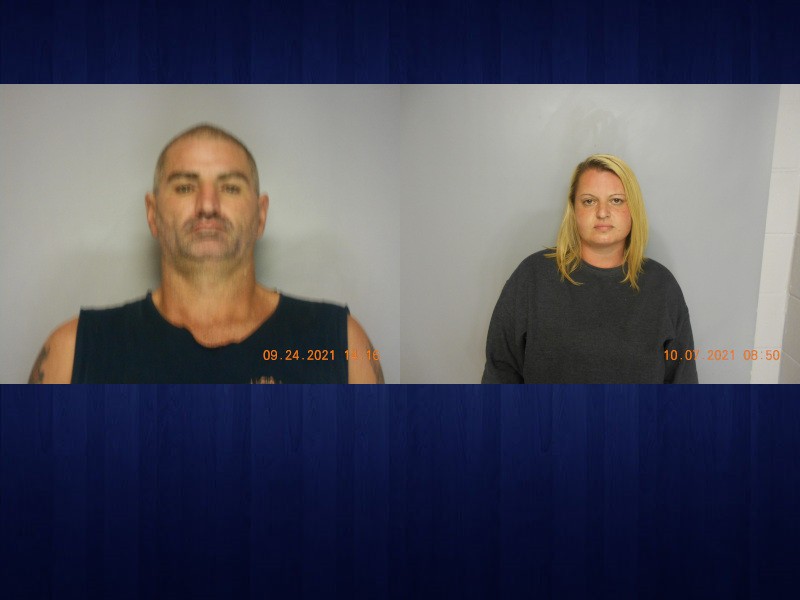 According to a press release from the Hall County Sheriff's Office, both suspects are connected to the September arrest of Tony Lamar Mosley, 48, of Flowery Branch, for similar allegations.

Felicia Montez Morgan, 36, turned herself in at the Hall County Jail on Oct. 7, on one count of theft by deception.

Investigators believe Morgan posed as a tenant and requested rental assistance for her boyfriend, Mosley. Mosley had already been charged prior to the arrest of Morgan for allegedly pretending to be a landlord and requesting emergency rental assistance from the county. Mosley is charged with four counts of theft by deception.

Morgan was released from jail Thursday afternoon after posting $5,700 bond.

Mickey James Melton, 50, of Flowery Branch, was arrested in a separate case for a practically identical scam.

The release states a representative with Hall County Government reported the alleged theft by Melton on Sept. 29. Investigators obtained arrest warrants and the Forsyth County Sheriff's Office took Melton into custody on Oct. 1.

Melton was transported to the Hall County Jail and released on bond later that day. He is charged with two counts of theft by deception.

Melton is accused of posing as a landlord and obtaining about $21,000 in rental assistance from the county.

While Melton's case is separate from the cases of Morgan and Mosley, the release states Melton knew Mosley. The two are accused of working together while carrying out their independent crimes.

Both cases remain under investigation by the Hall County Sheriff's Office.