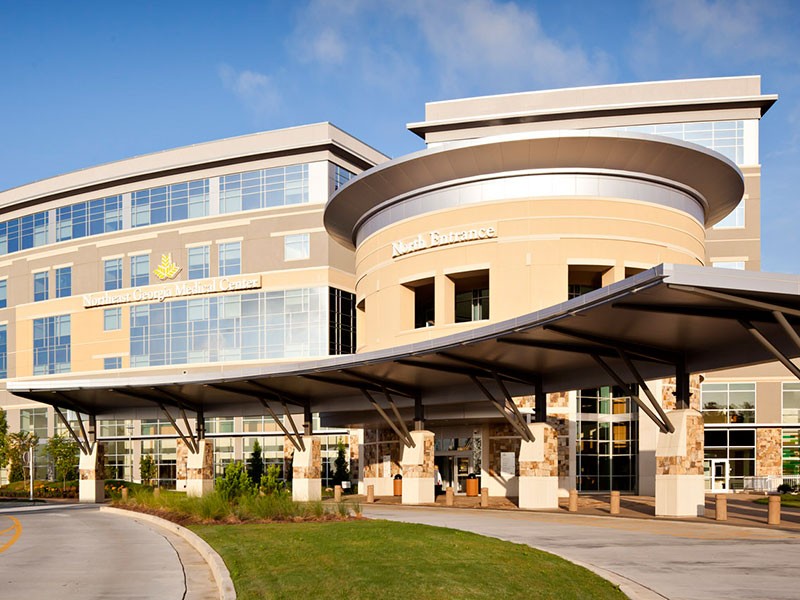 A suspect in a Roswell murder case was arrested after an hour-long standoff at Northeast Georgia Medical Center in Gainesville early Saturday morning.

Gainesville Police Lieutenant Kevin Holbrook said their officers were dispatched to the hospital at 3:00 a.m. after a man reportedly fled the building with a gun. He had reportedly been brought there by a family member for a medical evaluation. Officers later found him hiding at an unoccupied building at the campus.

"During this incident, it was determined that 36-year-old Jason Hall of Roswell, the individual we were called to the hospital for, was wanted for murder," Holbrook said. "At the time of the initial incident, this information was not known."

Holbrook said officers were able to arrest Hall without incident or injury.

"Hall was armed, and a short standoff took place outside the hospital," he continued. "Just after 4:00 a.m., Hall was taken into custody."

After his arrest, he was released to the Roswell Police Department on murder charges.

Gainesville Police Chief Jay Parrish said he was happy the situation at the hospital ended without incident.

"This situation shows that utilizing safety concepts to properly apply de-escalation methods and techniques in critical incidents is paramount," Parrish said. "This was a very tense and dangerous situation, to which we are very fortunate ended with a peaceful resolution."

According to a release from the Roswell Police Department, Hall told a family member that his girlfriend Kelly Vucelich had been shot and that person called police. When officers arrived just before 1:00 a.m., they found Vucelich dead from a gunshot wound.

Hall was identified as the primary suspect in the murder, but officers could not locate him at the time. The standoff at Northeast Georgia Medical Center occurred shortly after.

Holbrook said while some officers began de-escalation with Hall, other officers worked to make sure the rest of the hospital was secure.

"We know the hospital is at full capacity right now," Holbrook said. "There are thousands of individuals there. We began to ensure that all of those individuals at the hospital were safe and security, so we had a team of officers there."

Hall was booked into the Fulton County Jail later that morning. Both the Roswell and Gainesville police departments are still investigating the case according to Holbrook, but there are no other current suspects.