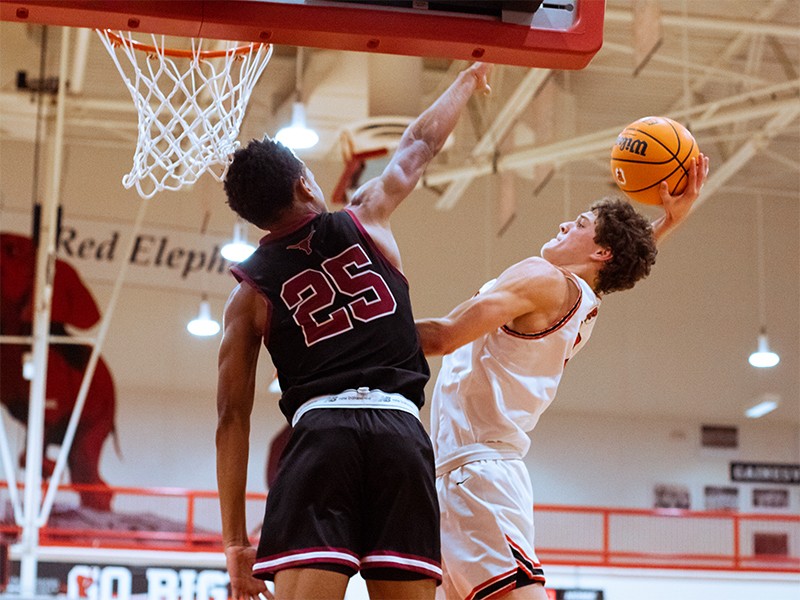 Robert Reisman led Gainesville with 22 points in the win over Lambert on Friday.
Photo/Seth Chapman 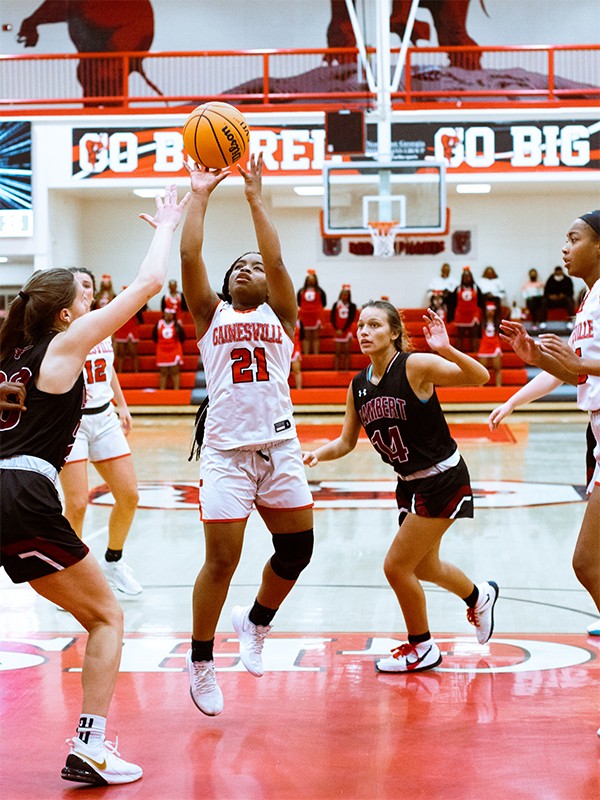 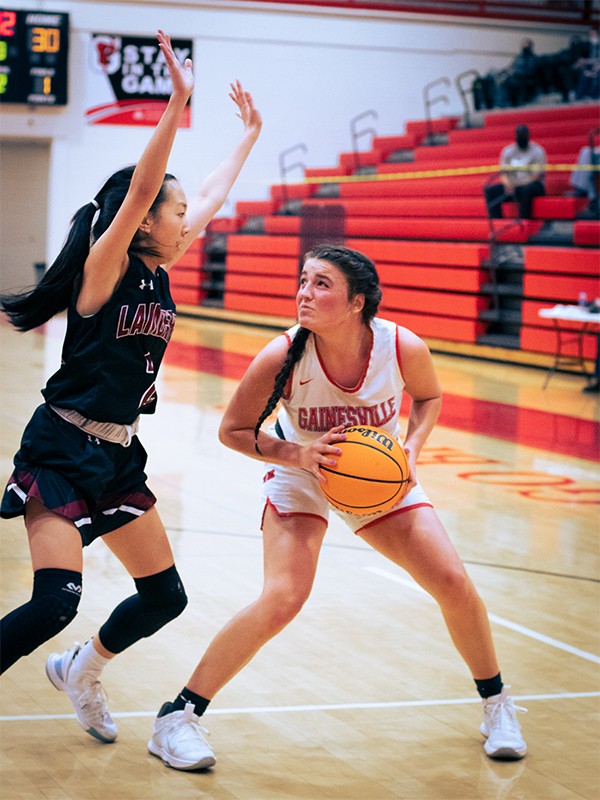 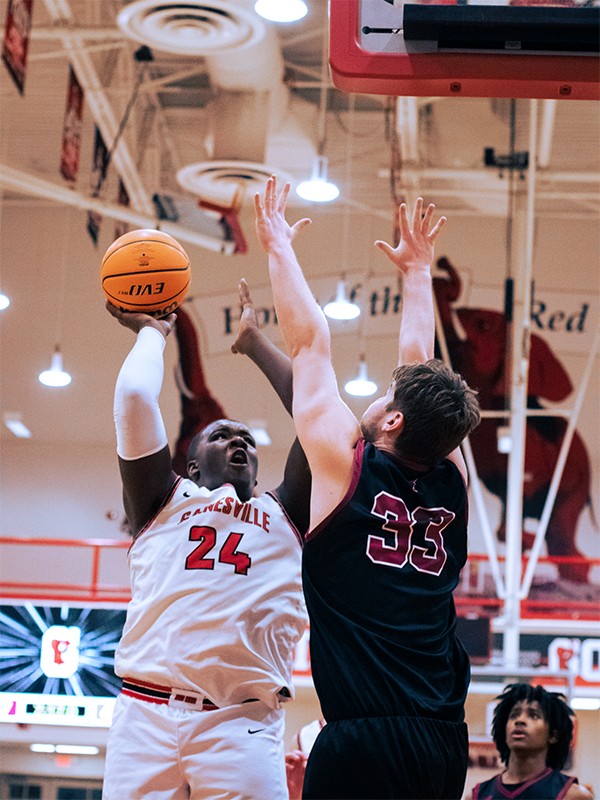 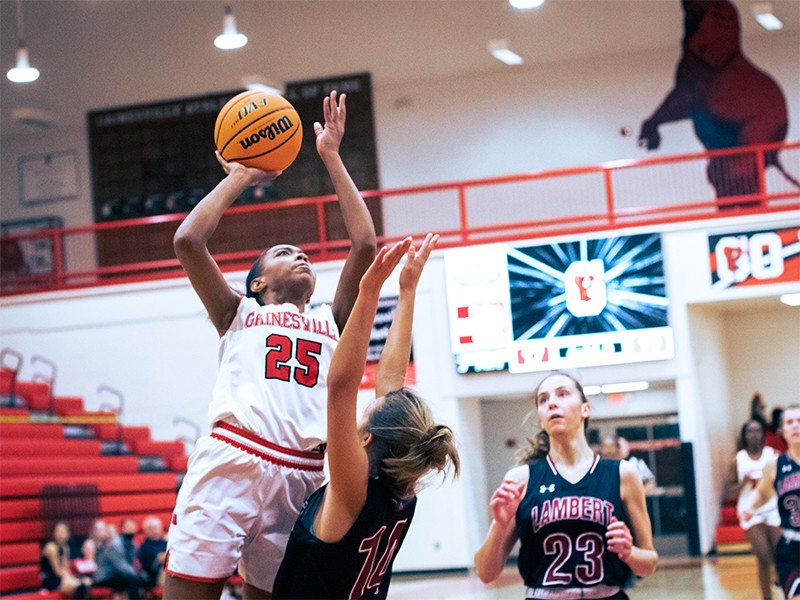 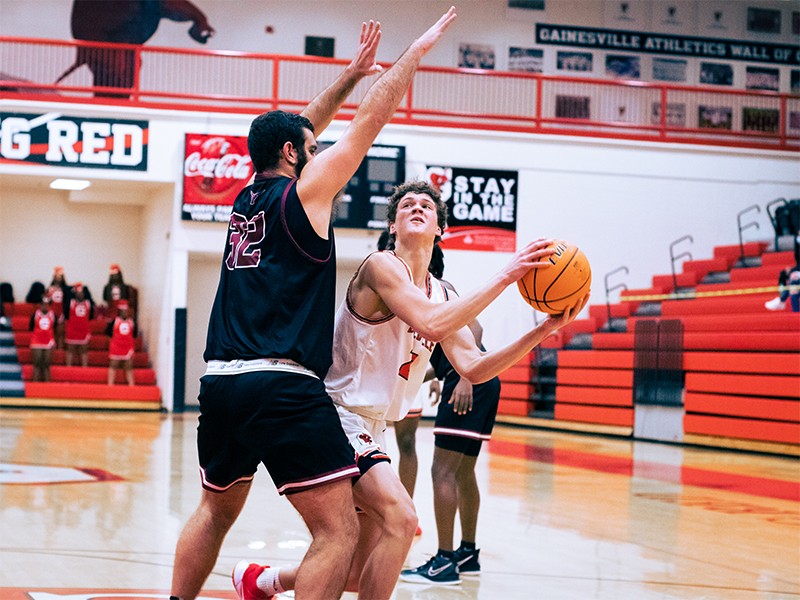 GAINESVILLE — Defense was the name of the game for the Gainesville boys basketball team on Friday against Lambert.

But it wasn't all cherries and roses for the Red Elephants, especially late in the second quarter. After taking a 26-11 lead off a basket from Samir King, Lambert's Nick Stockton and James Tyre led the Longhorns on a 13-0 run, while frustrating Gainesville with their aggressive zone defense. The Longhorns' zone held the Red Elephants scoreless for just over four minutes in the quarter and cut the lead to 26-24 by half.

Tyre was high scorer for the Longhorns with 15 points

Reisman had the Red Elephants' first eight points in the quarter.

But it was the fourth quarter where Gainesville turned up the pressure, forcing turnovers with full-court pressure and a stifling half-court defense to pace an 8-0 run in the first two minutes of the final period. Pitts' two-handed dunk off gave the Red Elephants a 48-37 advantage. Reisman, Ced Nicely and King added to the lead and by the three-minute mark, the game was out of hand, 61-41.

Nicely finished with 8 points and Dylan Bobga had 7 in the win.

The Lady Red Elephants erased the goose egg in the Region 6-7A win column on Friday with the much-needed win over Lambert at home.

Lauren Teasley poured in 11 points and Sadie Roach added 10 in the win.

Gainesville's defense was good, but the offense struggled in a back and forth first half.

As a matter of fact, Lambert grabbed the lead at the end of the first, 7-5, and both traded baskets in the second quarter. Gainesville took the lead off a Teasley basket with 1:53 and pushed it up 17-14 with just over a minute to go in the half. But Taylor Parrish nailed a 3-pointer as the second quarter horn sounded to tie the game.

It wasn't until the second half, however, that Gainesville began to run past the Longhorns, thanks to a stingy defense that led to an 11-0 run. Teasley scored seven of the points on the run, which produced a 30-17 led with 5:02 to go in the third. Roach, Alexis Austin and Keke Jones poured it on the Longhorns, extending the lead 38-20 by the end of the quarter.

And Roach and Teasley continued the hot hand in the final quarter with back-to-back 3-pointers and a 50-24 advantage.