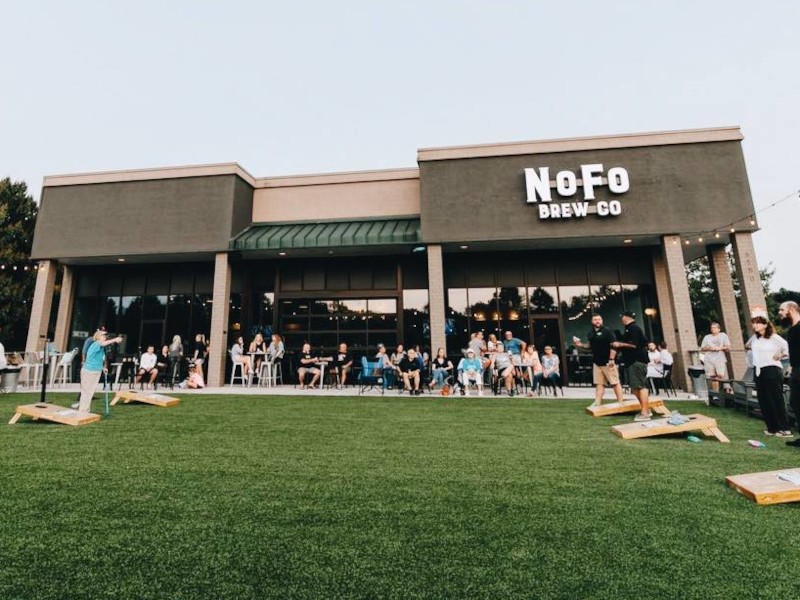 According to Jason Shivers, Division Chief with the Forsyth County Fire Department, the man was a guest of the business and was consumed by the flash fire during an explosion in the brewery portion of the business.

The man was with an employee of the business at the time, and that employee extinguished the fire using a dry chemical fire extinguisher, according to Shivers.

Shivers said the man was transported to Grady Memorial Hospital and suffered mostly second-degree burns to about 50 percent of his body.

The Forsyth County Fire Department first responded to the business to a report of an explosion around 9 a.m., but Shivers said the flash fire was instantaneous and was out “as quickly as it occurred.”

Shivers said the building itself did not suffer any major damage, but some of the equipment in the brewery was damaged from the flash fire.

The flash fire is under investigation, but Shivers said it is believed to be accidental and not intentional.

While Shivers could not confirm the cause of the fire, a Facebook statement from NoFo Brew Co. stated one of the stills combusted during the distilling process.

Three employees were at the business at the time of the incident, and the guest was there to learn about the distilling process, according to the post.

“Obviously, our team has been shaken by this incident and our hearts go out to our guest who was injured. Until we know further details, we ask for our community to keep our guest and all of our team members in your thoughts and prayers,” reads the post.