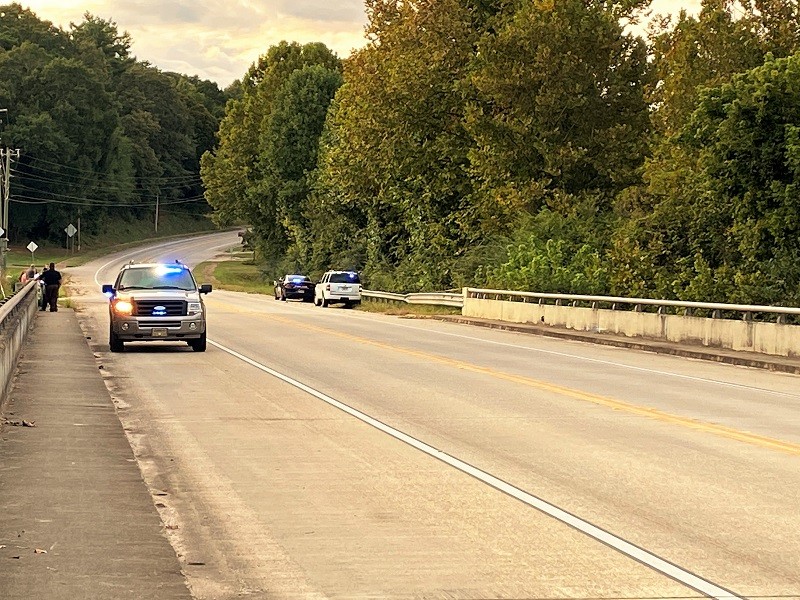 Sheriff's and police vehicles are seen on the Ga. 197 bridge over the Soque River near Pitts Park in Clarkesville.
Rob Moore 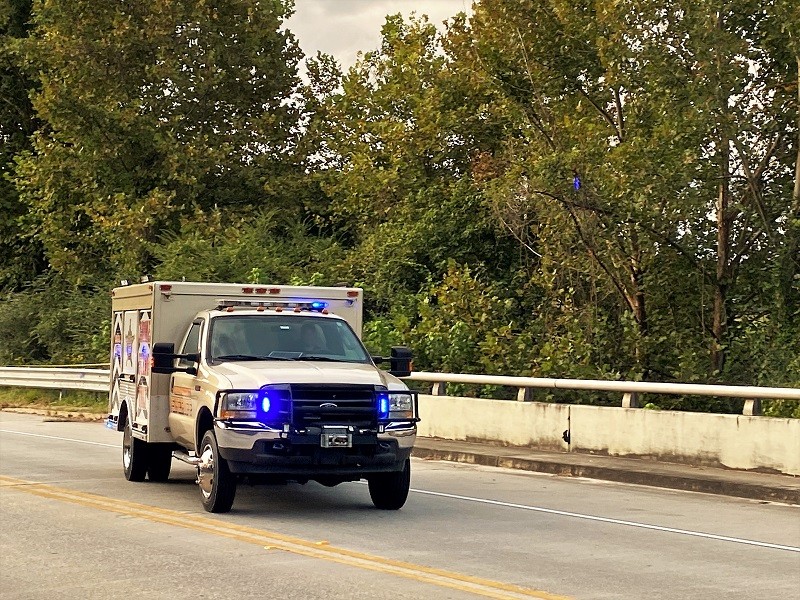 CLARKESVILLE – Investigators in Habersham County say it is too early to tell if a body found Thursday afternoon is that of Shane Justice, a homeless man reported missing several weeks ago.

Just before 5 p.m. Thursday, a caller reported to Habersham County 9-1-1 the discovery of a body off the north end of the bridge over the Soque River on Ga. 197 near Pitts Park in Clarkesville.

Asked what degree of certainly he has that the body is that of Justice, Habersham County Sheriff’s Lt. Matt Wurtz said, “None, actually, to tell you the truth. If I were to tell you that I am any kind of certain, it would be misleading in any way that it could be. I’d actually hate to put all my eggs in that basket at this point.”

Wurtz said due to the condition of the body discovered, positive identification may not be established quickly.

“I can tell you that the last time that we had a deceased person [in a situation like this], it took several months for the GBI Crime Lab to get back to us with a positive identification,” said Habersham County Sheriff’s Lt. Matt Wurtz. “That has a lot to do with being able to get identifiers on people that we’re looking for, such as dental records, DNA and all those different avenues that we use to identify people.”

The body was located in an area already examined by searchers.

Cadaver dogs had been through the area in the past 10 days, and local officers on foot and in kayaks had examined the river and riverbanks in the area between Clarkesville Church of God on Ga. 197 North and downtown Clarkesville, as well as downriver. That is in addition to independent efforts by family members and friends of Justice, who is one of those who been known to frequent the area with other homeless people in the past, Wurtz said.

Wurtz said the responding cadaver dog, obtained through a request to the Georgia Emergency Management Agency, ran both sides of the river last week looking for any sign of the missing man and found none, adding the condition of the body should have made it more detectable by a trained canine.

Other than foot searches and use of the cadaver dogs, “Clarkesville P.D., they got in kayaks and got in the river to see if they could find him that way.”

Wurtz said he could not tell how long the person found Thursday had been dead, but said the body was badly decomposed.

“By what we have found so far there is no identification on the person, so we have to send it off to the crime lab for identification and also for them to tell us if there is any sign of foul play,” Wurtz said. “With the decomposition, it’s going to take a little bit more than just looking. They’re going to have to really go in-depth.”

Asked whether it appears the person died at the location or the body was placed there, Wurtz said that is part of the ongoing investigation.

“I was talking to Lt. [Murray] Kogod about that just a little bit ago, and what raises suspicions even more to that a little bit more is that we have been down here,” Wurtz said. “We have looked in this area – and not just us, but family members and friends and everybody else has been down here and looked on both sides of this river. I find it a little difficult to believe that everybody that had been looking missed it.”

Justice has been missing since early August, but Wurtz stressed several times the discovery of a body in the area is “coincidental” as of now and not an indication the body is the missing man.

Anyone with information about Justice or his whereabouts over the past month, about the body found Thursday or who saw anything they think might help investigators is asked to call the Habersham County Sheriff’s Office at (706) 839-0500 anytime and ask for Lt. Murray Kogod, who can relay information to the lead investigator on the case.

Wurtz said Georgia Department of Transportation officials have been to the area under the Ga. 197 bridge several times over the past few months to ask those staying there to go elsewhere.