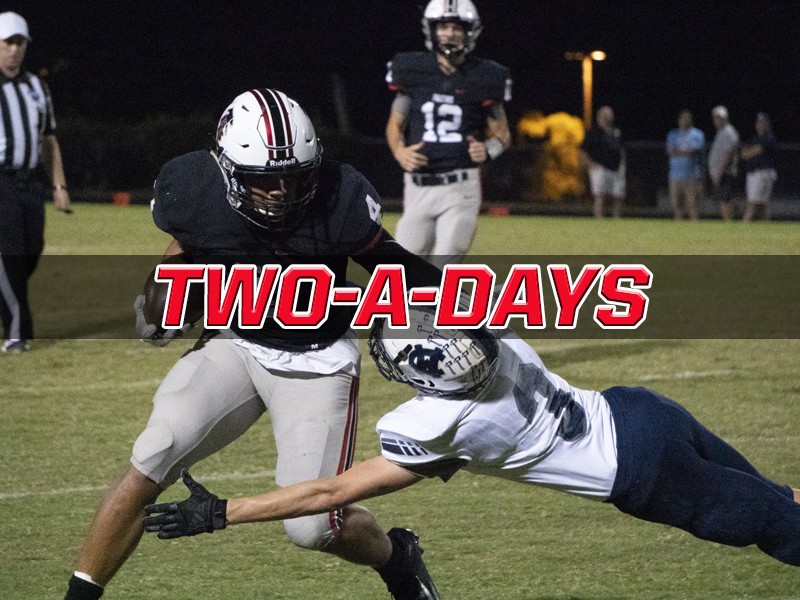 There are just 28 days remaining until the kickoff of the 2020 high school football season. But make no mistake, despite the COVID-19 outbreak, swirling uncertainty since April, and the cancelation of spring practice, preparations for the upcoming campaign have been underway throughout the state since early June. And teams throughout northeast Georgia are in full countdown mode.

The Falcons were just three plays from taking down the eventual state champion (Blessed Trinity) and the No. 1-ranked team in Cartersville in 2019. Over the past two seasons coach Ben Hall and staff have built the Falcons into a state power, especially on the defensive side.

But a move into a new-and-improved Region 8-4A and having to replace several key starters on defense may well prove if they have reached elite status.

We asked coach Hall about how playing against the state’s perennial powerhouses the past two seasons has prepared them for what they hope is a deep playoff run in 2020.

QUESTION: Coach, you have some key holes to fill on a defense that was among the state’s elite units. Who are some guys that could have some breakout seasons on that side of the ball?

ANSWER: We benefited from some very talented players during 2019 season. Players like Connor Mayfield, Chase Dial-Watson, Chandler Dial-Watson, Colby Brookshire, Taylor Reeves, Dougie Pena, Grant Lackey, Jerry Passmore, Rafay Choudhry, and Carlos Espinoza served as great leaders for the defensive unit during their time. Thankfully, the guys behind them are eager to play and show what they can do, too. On the defensive line, Clay Anderson, Anthony Menjivar, Gavin Roberts, Shaun Shockley, Zion Moon, Devin Maddox, Chandler Mayfield, Yolando Barrett, Cole Pimentel, Cal Rockenbach, Sam Westbrook, and Brandon Shiloh will be competing our teams deepest unit. At Linebacker, Jerzee Allentini, Daiveyon Stephens, Mason Lackey, Christian Mendoza, and Hunter Adams all gained experience last season and will lead the group.  In the secondary: Tre Augustine, Max Eubanks, P.J. Stringer, Jacob Costello, Jake Beaver, Nick Linkowski, Drake Smitherman, and Luke Fisher all will be competing for playing time on a unit that graduated four starters.​ These kids have the talent, intelligence, and toughness needed to be successful. It should be fun watching our defense grow and find their identity.

Q: Despite moving to a new region, you have another tough schedule. How has playing in one of the state’s best regions the last two years (7-4A) helped prepare the Falcons as you continue to build the Falcons into a state power?

A: Playing good teams makes your program better. When we compete in games that matter from week to week it creates a continued excitement for the school and community; at the same time it forces the team to narrow its focus and prepare consistently. Region 7 was a highly competitive region in 2019 just like Region 8 will be this season. 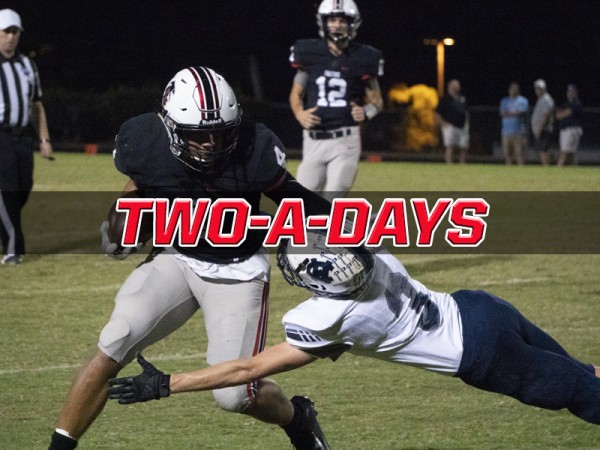 Two-a-Days: Falcons looking to make jump to elite status
A move into a new-and-improved Region 8-4A and having to replace several key starters on defense may well prove if Flowery Branch has reached elite status... 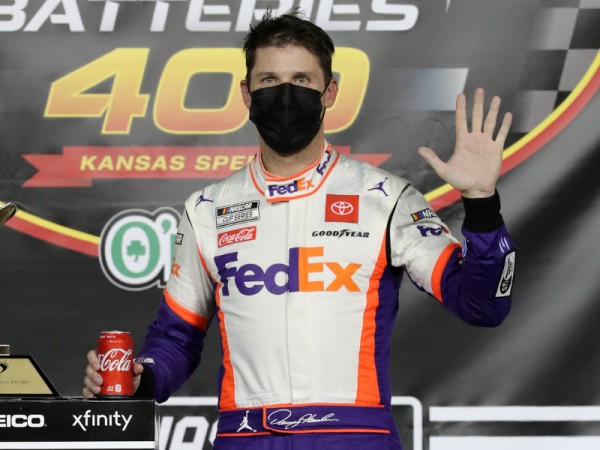 Hamlin outduels former Cup Champs for Kansas victory
In what could be a sneak preview of the Championship 4 race later this year, Denny Hamlin outdueled Kevin Harvick, Brad Keselowski and Martin Truex, Jr. to win the NASCAR Cup Series race... 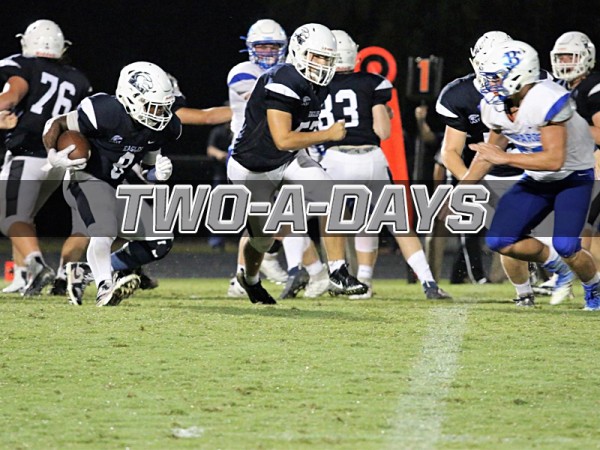 Two-a-Days: Pettus hoping Eagles ready to take next step
The Eagles garnered three wins in 2019, more than the previous two seasons combined under new coach Cameron Pettus. And with 12 returning starters, they are hoping that will translate into taking another step to getting the program back on solid ground...
Sports 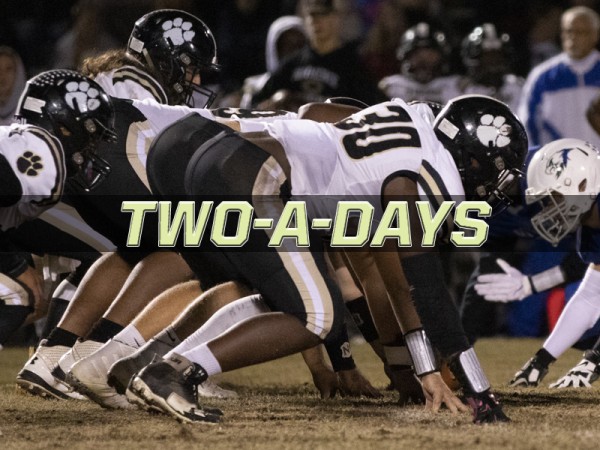 Two-a-Days: Big senior class could have Tigers riding high in 2020
The Tigers goal every year is to play not just for region titles but state titles. The 2020 campaign could have them in the conversation for sure... 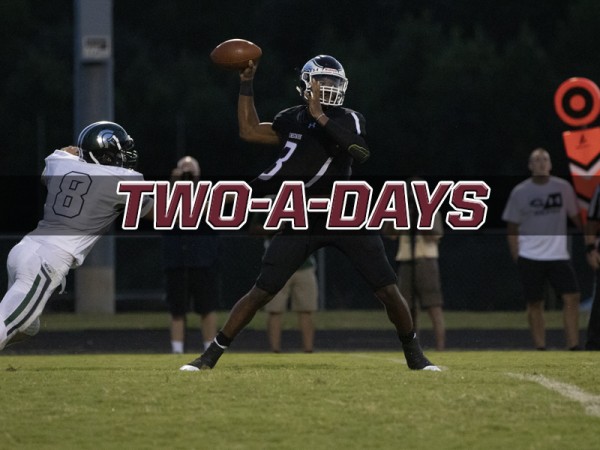 Podcast: Pittman evaluates basketball coaching hires, new shot clock rule
Football may be at the forefront right now across the state, but high school basketball coaches and players have been affected by the COVID-19 shutdown as well.
High School Sports 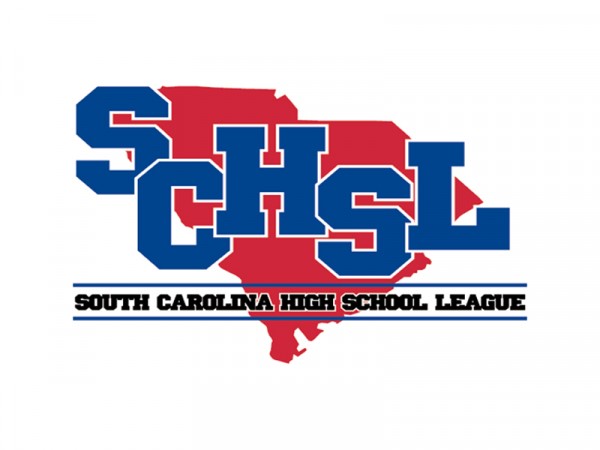 Palmetto State decision puts crimp in area schedules
With the South Carolina High School League Executive Committee's decision on Wednesday to delay the start of its football season, Rabun County, Jefferson and Buford will have holes to fill on the schedule.

Two-a-Days: Pettus hoping Eagles ready to take next step
The Eagles garnered three wins in 2019, more than the previous two seasons combined under new coach Cameron Pettus. And with 12 returning starters, they are hoping that will translate into taking another step to getting the program back on solid ground...
By Jeff Hart 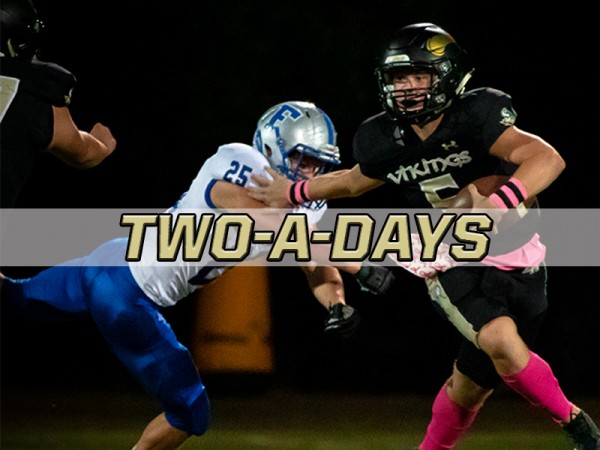 Two-a-Days: Defense is still highest priority for East Hall
There’s no secret the only thing keeping the Vikings from challenging for playoff spots the last two seasons has been their defense. And second-year head coach Michael Perry, considered an offensive genius, knows it..
By Jeff Hart 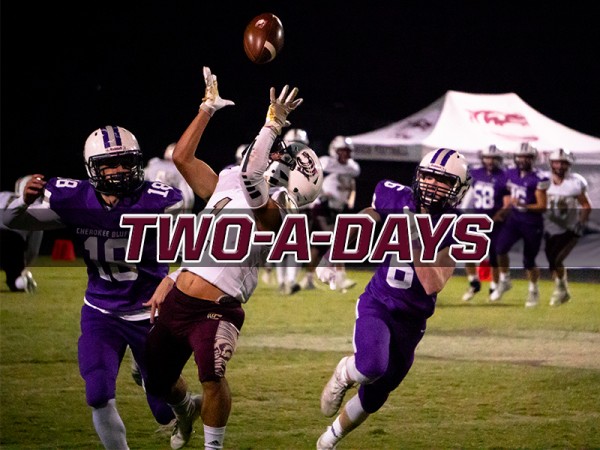 Two-a-Days: Tigers not deterred by losses to graduation
The Tigers under Sid Maxwell have built themselves into a perennial playoff team. But every year they seem to face the spectre of replacing a plethora of talent. The 2020 campaign will be no different...
By Jeff Hart

Two-a-Days: Big senior class could have Tigers riding high in 2020
The Tigers goal every year is to play not just for region titles but state titles. The 2020 campaign could have them in the conversation for sure...
By Jeff Hart
Privacy | User Agreement | Contact | Advertise With Us
2021 © Jacobs Media Corporation. All rights reserved. EEO Report. Website by Full Media
Login / My Access
close
Search