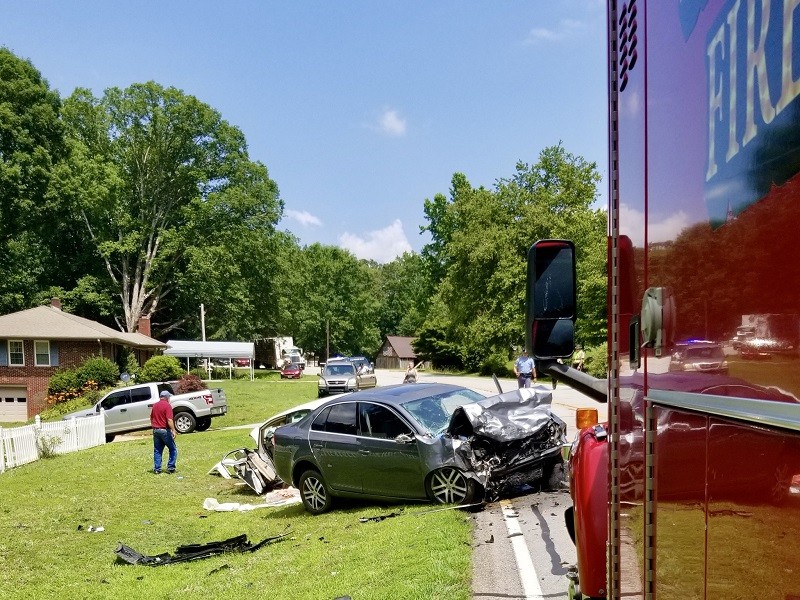 A 2007 Toyota Avalon driven by Lauren Moody, 22, of Baldwin was traveling west on Ga. 105 negotiating a right curve, crossed the centerline and traveled completely into the eastbound lane, Patterson said.

Moody’s car collided head-on with a 2006 Volkswagen Jetta driven by Lilia Benavides-Rodriguez, 19, of Baldwin.
Moody was trapped and had to be extricated by Banks County Fire/EMS personnel.
“The patient was removed from the vehicle and transported with multiple injuries by EMS to Northeast Georgia Gainesville ... listed in critical condition,” said Fire/EMS Chief Steve Nichols.
Patterson said both drivers were transported to Northeast Georgia Medical Center by Banks County EMS with serious but non-life-threatening injuries.
The crash remains under investigation and charges are pending, Patterson said.
Units remained on scene until just after 5:30 p.m.
Ga. 105 was closed for three hours as a result of the crash.