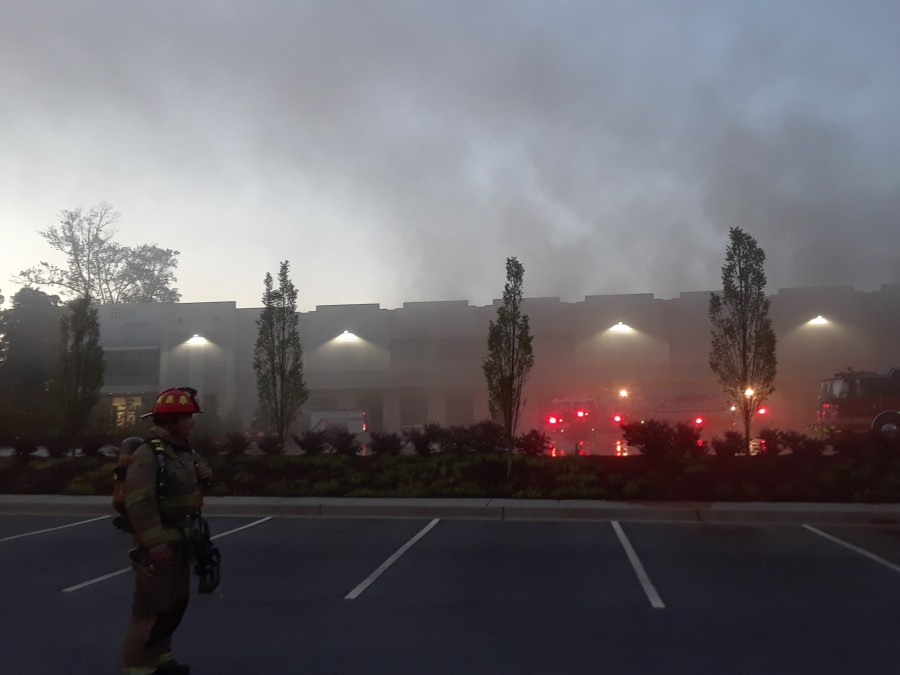 An overnight fire at a warehouse in unincorporated Buford caused significant damage, according to a report from the Gwinnett County Department of Fire and Emergency Services.

Firefighters responded to a call of an activated fire alarm around 5 a.m. on June 5 at Carcoustics on Thompson Mill Road. Crews forced-entry into the warehouse and found it full of smoke with an active fire burning in a row of pallet racks.

Firefighters were able to contain and extinguish the blaze in the warehouse, but the fire caused extensive damage to bulk storage material. Heavy smoke left residue throughout the building and an activated sprinkler system caused water damage.

Fire Investigators were called to the scene and believe the fire was accidental. The fire seemed to be sparked by a reaction of compressed plastic foam material used in the production process.

No one was in the building when the fire started and no injuries have been reported.