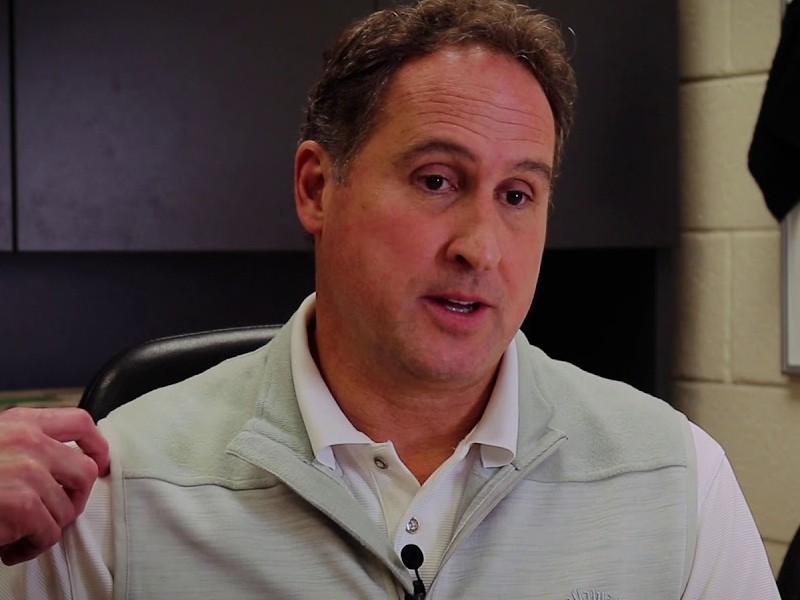 DAWSONVILLE — Lakeview Academy boys basketball coach Todd Cottrell was approved Tuesday night by the Dawson County Board of Education to take over the Tigers program beginning next season.

Cottrell spent the last seven years leading Lakeview in Gainesville in the uber-tough Class-A Private classification reaching the state playoffs five times, including a quarterfinal run in 2016 and a semifinal run in 2017. He also led Gainesville High, which featured future NFL players Deshaun Watson and AJ Johnson, to the Class 5A state finals in 2013. The Red Elephants lost a tough 61-57 decision to Miller Grove in the championship game.

Cottrell will be the third coach of the Dawson County boys program in three seasons. He takes over for Eric Herrick, who moved over to take the Lady Tigers' head coaching spot when Steve Sweat retired last month.

However, despite the changes, the Tigers have remained a top-tier program in northeast Georgia, making the Class 3A semifinals in 2019 and winning Region 7-3A for the second-straight year in 2020. They were ranked in the top five most of the season but were shocked in the first round of the playoffs in a 72-69 loss to Cedar Grove at home.

Dawson County Athletic Director Jason Gibson said they were more than pleased to have the opportunity to bring in such a high-profile coach.

“Todd’s resume speaks for itself,” Gibson said. “After Eric moved over to the girls coaching position, Todd and I got together and discussed it. But we also had about 25 to 30 resumes from a lot of solid candidates.

“But being a former coach myself I had watched his teams over the years at White County, Gainesville, Flowery Branch, and Lakeview and always admired the excitement he brought to his programs and how excited the kids always seemed to be to play for him. In my opinion, Todd is one of the best coaches in the area, if not the state, and just felt he would be a great addition to be able to keep the program at the high level it has gotten to.”

Cottrell said it was a tough decision to leave the Lions, where all three of his children graduated, with both sons being a part of the Lions' two teams that made deep playoff runs.

“I love Lakeview, and it was an unbelievable seven years there,” Cottrell said. “It was also tough because this upcoming year I felt was going to be another really good season. But Dawson County is a special place and gave me an opportunity to get back into the public system.

“I saw them play once last year. That was a great group that just picked a bad time to have a bad game. I haven't had a chance to really talk to anyone up there but from what I know, I think we have a lot of pieces in place to have another great year.”

Now, Cottrell is just hoping that things can get back to normal with all the uncertainty swirling around because of the COVID-19 virus.

“Usually in June is when you start working on the upcoming season, but I have no clue when things will get back to normal so that we can start working with the teams," Cottrell said. “Hopefully, I can get up there soon and talk with the guys, but that may not be until school actually starts.

“But no matter when that is I’m super excited about getting up there and getting going. It’s a great place to coach and a great community. I can’t wait.”