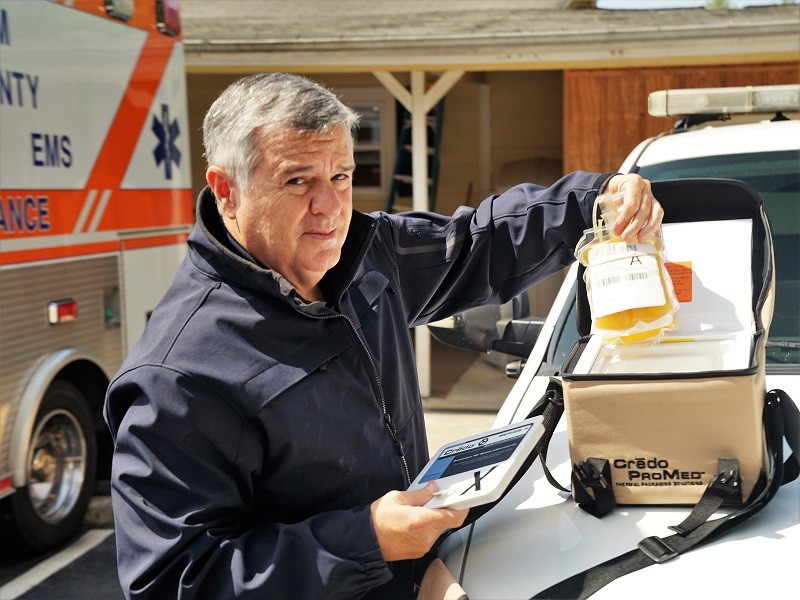 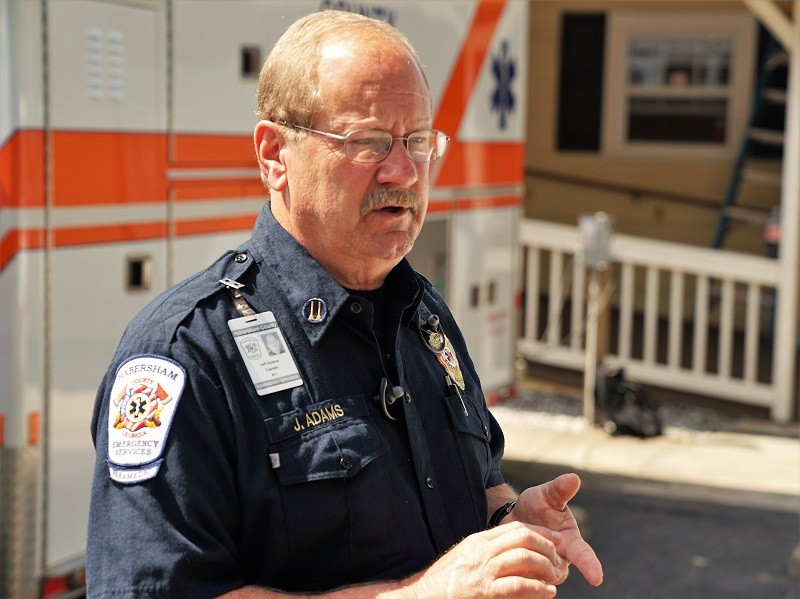 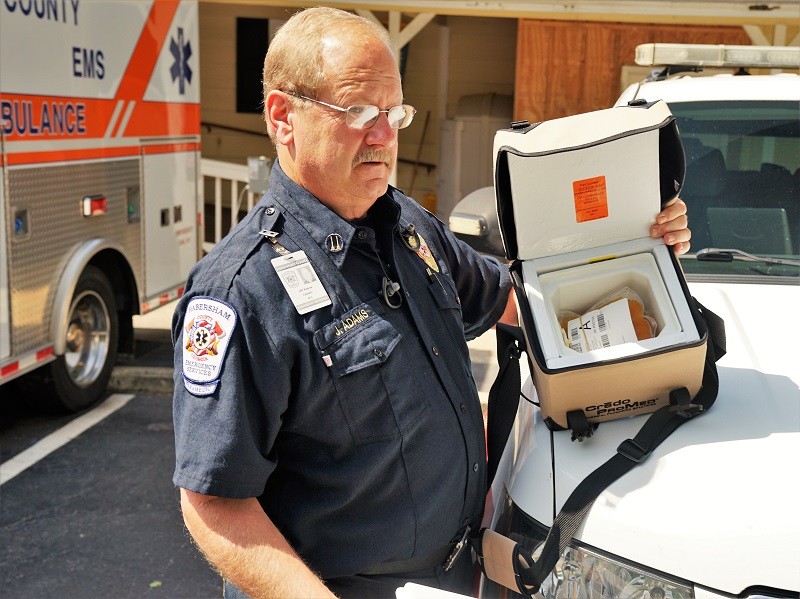 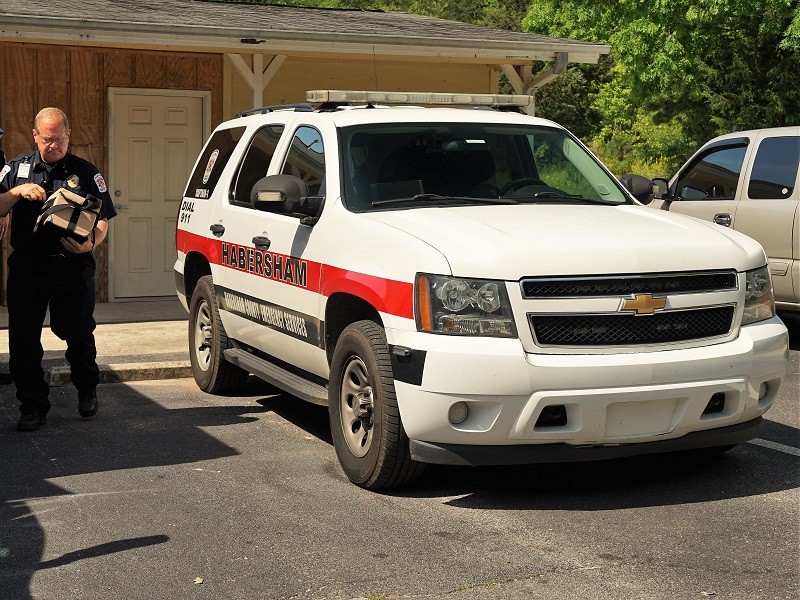 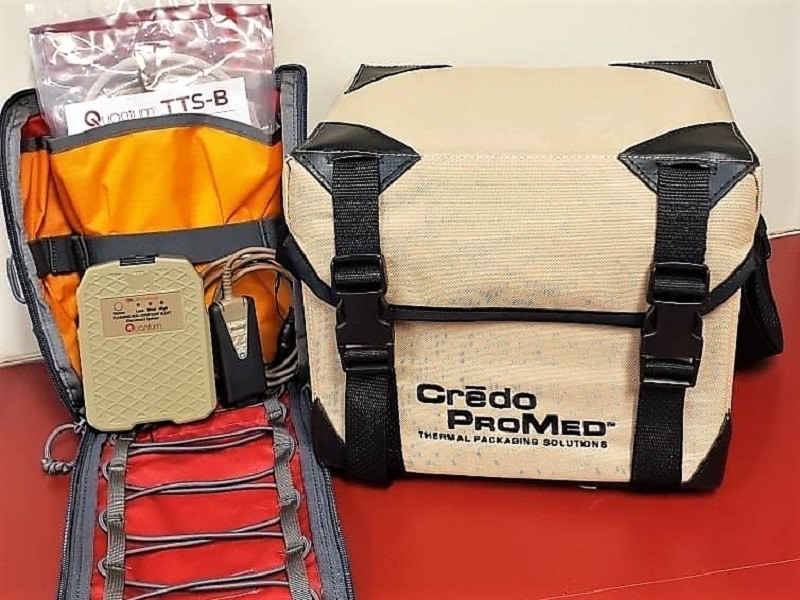 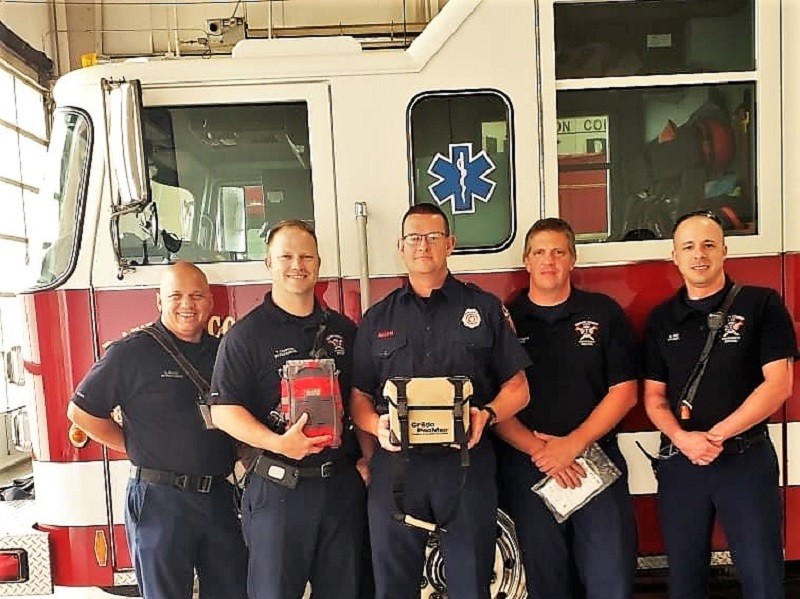 DEMOREST — Rural North Georgia residents who are involved in a serious car wreck, experience trauma or hemorrhage miles from a medical care facility now have a better chance for survival, thanks to several emergency services agencies in the region carrying blood products.

As announced in November, Northeast Georgia Medical Center and Region 2 Regional Trauma Advisory Committee (RTAC) are partnering on new blood transfusion programs that will increase trauma patients’ chances of surviving both in ambulances and at the hospital.

“The protocols are cut and dry,” said Habersham County Emergency Services Capt. Jeff Adams. “They’re real simple. Jackson County was able to use their protocols and the blood last weekend on a patient they had, so that’s what we’re looking for – the opportunities.”

The Region 2 prehospital blood product project is a state pilot project that places lifesaving blood products in emergency services vehicles in four counties for transfusions on a scene or while on the way to the hospital.

“The goal of the pilot program is to prove blood products can be safely administered by paramedics in ground ambulances,” said Chad Black, chairman of the Region 2 RTAC. “I’m constantly proud of the healthcare workers who go above and beyond to develop new programs to improve patient outcomes. We have no doubt that this program will not only save many lives, but also serve as a model for other regions in our state.”

Black said the program has been proven to work in other states, and once launched on a wider scale will be especially valuable in areas requiring extended travel time to a trauma center, such as parts of South Georgia.

“We know it works,” Black said. “We patterned this after San Antonio, Texas. We have been talking to them for about two years now.”

The pilot program will last for about a year as the emergency services agencies involved gather data.

“We know it’s going to show success – other states have – but we’re still one of the few states that’s doing this,” Black said. “We hope to be able to where part of the Trauma Commission funding, once this pilot project is approved, will go to putting this product as its being paid for now.”

Some of the emergency services providers in downtown Atlanta or other metro areas may not choose to carry blood products because of proximity to a trauma center.

“Even if you’re in far north Hall County and you’ve got somebody trapped for a while, blood can make a difference in that patient,” Black said. “Really it can be used anywhere. Atlanta, you can look at traffic getting to Grady or Atlanta Medical, two Level 1s. The Trauma Commission is very supportive of this. It’s exciting for everybody and it’s going to make a difference and it’s going to save lives.”

In Habersham County, units will be stocked on two emergency services supervisor vehicles.

But the blood products are not simply tossed in a bag.

Instead, they are transported in specially designed units that monitor internal temperature and alert the supervisor via cell phone if the temperature is varying too much.

Initially, the four emergency services in the region are carrying plasma.

“We wanted to transition to whole blood,” Black said. “That’s the ideal, but whole blood is $500 a unit and it expires very quickly. This is plasma. It’s good for 21 days. If we get it back within the 21 days and don’t use it, the hospital can use it for something else.”

Habersham County Emergency Services protocol is to swap out the blood every 14 days so that it can be used for hospital purposes.

“I don’t that with the cost, especially with whole blood, you would be wasting blood if we put it on every truck,” Black said.

Black said one good thing about Habersham County is that it is adjacent to White County, which also is part of the pilot project. That means in a serious incident, the two counties can back each other up with blood products.

“We’re going to be able to work with them well,” Black said. “I’m even going to reach out to Rabun and Banks and let them know that if they’ve got anything near the county line that we can get data, we’ll respond.”

Black said the trauma center located in Gainesville has been a key to getting the project launched.

“Northeast Georgia Medical Center has been instrumental in leading this and helping us and helping fund it,” Black said. “They are our only trauma center in the region, and they’ve done a fantastic job. The support has been unbelievable for this from a statewide perspective. There are a lot of people with eyes on all of us now to see what happens.”

Medical helicopters AirLife Georgia 14 in Blairsville and AirLife Georgia 2 in Habersham County already carry blood products for use during transport because they are staff by both a registered nurse and a paramedic.