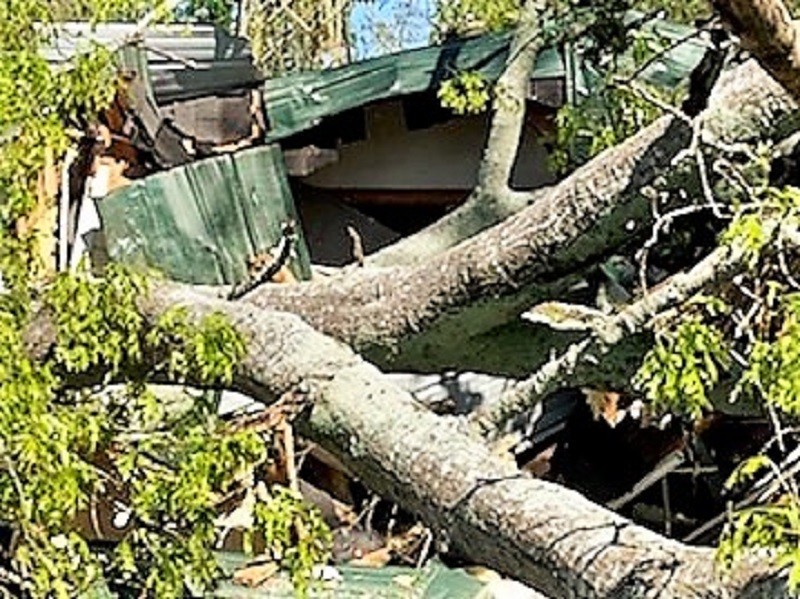 National Weather Service officials have confirmed an EF1 tornado caused this and other damage in Habersham and northern Banks County early Monday. 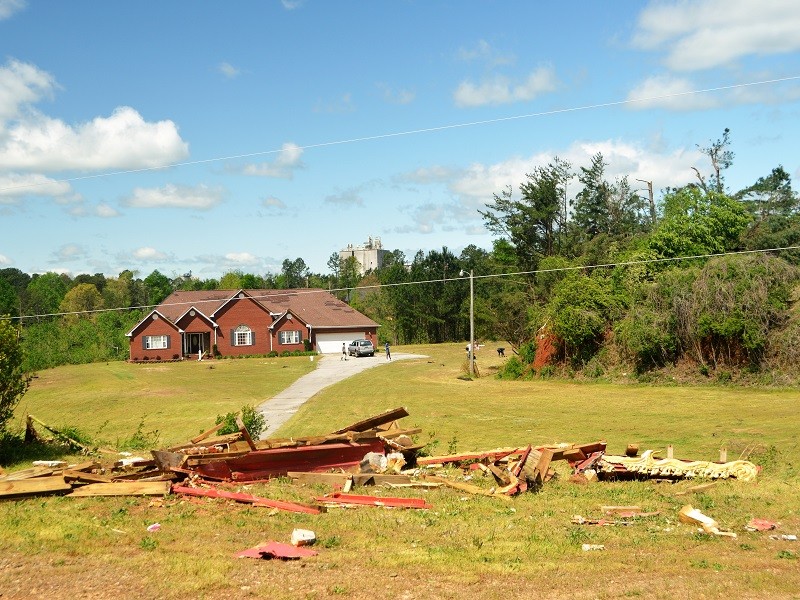 The National Weather Service in Greenville-Spartanburg (GSP) has determined the storm damage in Baldwin and northern Banks County early Monday was caused by a tornado.

“It was confirmed that it was an EF1 that hit Habersham,” said Habersham Emergency Management Agency Director Lynn Smith. “It came from Hall County and continued on into the north end of Banks County, according to GSP Weather.”

Several structures were damaged in Habersham County, and at least seven homes in Banks County were damaged.

“We had trees down on more than 150 roads, damage to at least four homes and no injuries that I am aware of,” Smith said.

“They have some more analysis to do but have stated that they believe the tornado that came through last night was an EF1 tornado,” a social media post from Stephens County Emergency Management Agency Monday night states. “Wind speeds for EF-1 tornadoes are typically between 86 and 110 mph.”

A tweet from NWS-GSP shows the tornado in the Baldwin area on the Habersham/Banks county line, two tornadoes in Stephens County and a tornado in Hart County.

In Hall County, there is no word yet on whether storm damage was caused by a tornado.

“The NWS is still completing assessments throughout the state and will be continuing to look at the area in Hall County that may match up with the areas in Habersham,” said Division Chief Casey Ramsey of Hall County Emergency Management Agency. “There has been nothing official released at this point.”

“In light of our surveys yesterday and today of tornado damage from the early morning hours of April 13, please remember that any preliminary data that is released outside of a Public Information Statement (PNS) is subject to change,” a tweet from NWSAtlanta Tuesday morning reads. “Since there are quite a few potential tornado damage areas, the PNSs (with are the detailed reports with ratings, path width, etc.) may not be sent until tonight or even tomorrow. We are trying to survey as much as we can this week and will we release what we can at the time.”