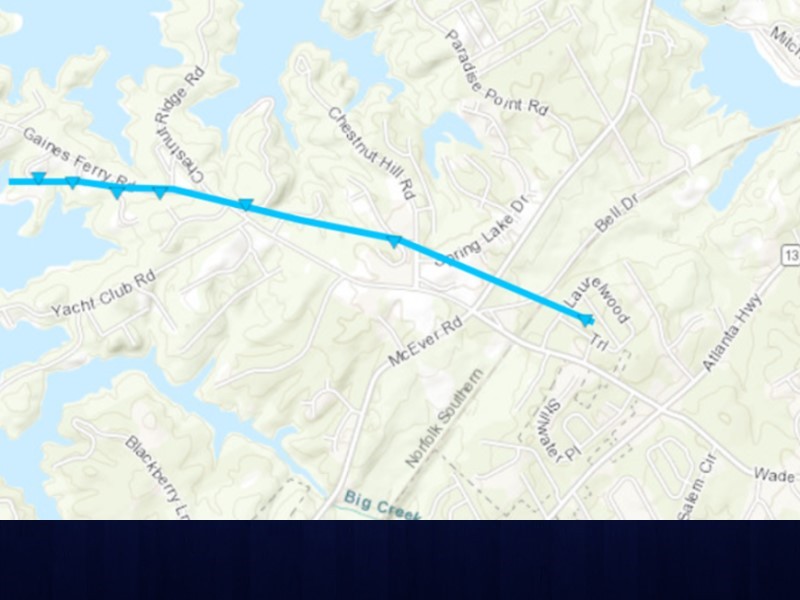 The strong storms that went through North Georgia overnight Wednesday and into Thursday morning included a tornado that touched down in southwest Hall County. Once the National Weather Service and the Hall County Emergency Management could survey the area for storm damage, they concluded that an EF-0 tornado touched down along Gaines Ferry Rd. just a few minutes after midnight on Thursday. The path of damage was estimated to be around 2 miles long and 75 yards wide.

An EF-0 tornado rating is the starting point of the scale. It means that winds were at a maximum of 75 miles per hour.

While there were no injuries, Casey Ramsey, the director of Hall County Emergency Management, says that there was some damage as a result. “When the storm hit, it was of course dark. When the sun came up, we really started to see more of the fallen trees in the area. Thankfully the trees really didn’t fall on homes, but it took the sun coming up for homeowners to see what kind of damage they had.”

According to Ramsey a few homes had some structural damage as a result of the downed trees, including one pool house that had a tree on top of it. Also, a few boathouses on the water had some damage. Ramsey says that several large trees were twisted and damaged and had to be taken down. He added, “The tornado really went from the northwest side of Gaines Ferry Rd. and traveled east toward McEver Rd. but it wasn’t on the ground the entire time. Most of this is up in the trees, so it kind of spun up and moved up across that area in a quick manner.”

At the time of the tornado, Hall County was under a Tornado Watch. Hall County Emergency Management would also like to remind citizens to sign up to receive weather and other emergency notifications by visiting alerts.hallcounty.org.