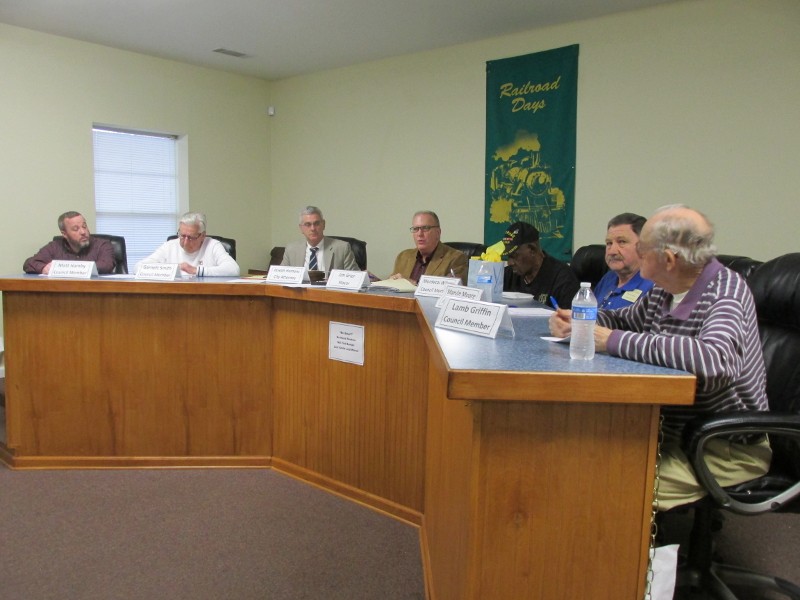 LULA – The Lula City Council ratified plans Monday evening for how the city will interact with the general public for the foreseeable future in light of the COVID-19 pandemic.

The plan actually started over the weekend when city officials cited emergency management authority and announced city hall would be closed to public access.

“Who would have thought a month ago that we’d be having the conversation we’re having tonight,” said City Manager Dennis Bergin in his opening remarks to the council as he brought forward a number of short term changes he recommended for how the city transacts with the public.

Bergin said he examined the city’s charter to assure that proper steps were taken regarding any closures or suspensions.  “We let that be the driving force in what we could do and what we can’t do.  The charter says all the things that you are obligated to do…in this case we’re clear on what our responsibilities are to service.”

He said other jurisdictions had been consulted where necessary.  (Lula is in both Hall and Banks County.)  “We had two meetings last week with the sheriffs’ departments,” Bergin said.

“We talked about our relationship… with Gainesville and Flowery Branch because we all are in the water and sewer business,” he added.  “We had a meeting today …to begin to talk about water and sewer…and there’s a willingness on all of our parts to assist each one of the cities and the county, as well.”

Bergin said his staff had already taken steps to minimize disruption to city services.  “We ordered and topped-off all our fuel…we went out and bought additional generators for the waste treatment plant…we ordered chemicals that will last us for six months.”

Specific aspects of the city’s contingency plan discussed and approved by the city council Monday evening are as follows:

City Clerk Rosemary Totty said that while city hall is closed to public access city staff will be available by telephone at (770) 869-3801 during normal business hours, and via email to answer any questions that might arise.

“We’ll all sleep better tonight for having these things in place,” Mayor Jim Grier said in closing.

The status of other planned city events, including Railroad Days, will be evaluated on an individual basis.  The public is encouraged to visit the city‘s website for the latest information.

Whether or not to allow the Sunday sale of beer and wine by the drink, or at package locations, will be on the ballot when Lula residents go to the polls in November.

Mayor Jim Grier said at Monday’s city council meeting it was in response to numerous requests.

“We discussed at the work session last week the request from some of our businesses and citizens who’ve asked for us to consider a referendum on package sales on Sunday within the city for beer and wine, and also beer and wine by the drink on Sunday,” Grier stated.

“We’ve also had someone who is interested in presenting a petition for a referendum allowing for package sales of beer, wine and alcohol within the city,” Grier added.

According to City Attorney Joseph Homans the petition for adding alcohol to the beer and wine referendum would need to be submitted by July 1st.  “That would need to be verified,” Homans said of the 100 valid signatures required for consideration of the addition.