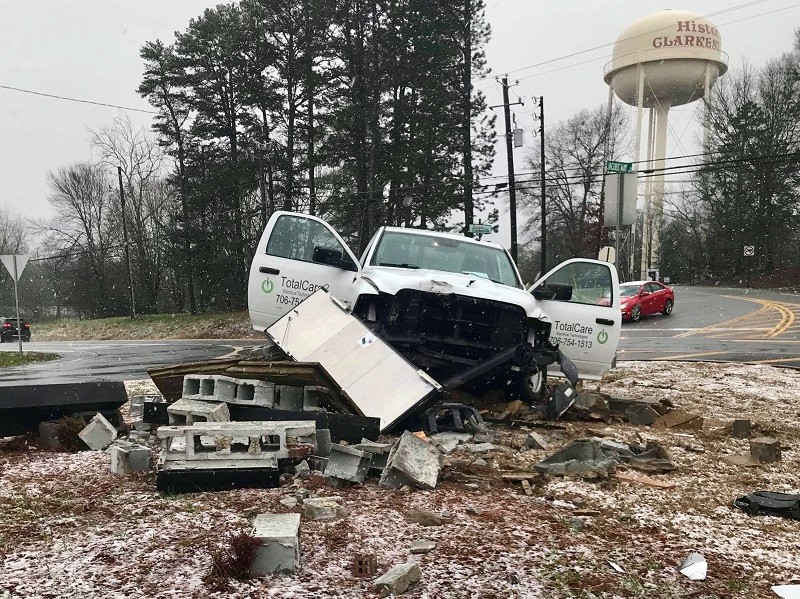 The sign designating the Habersham County Administration Building and Habersham County Parks and Recreation facilities is reduced to rubble after a truck went out of control on the wet road in the snow Thursday afternoon. 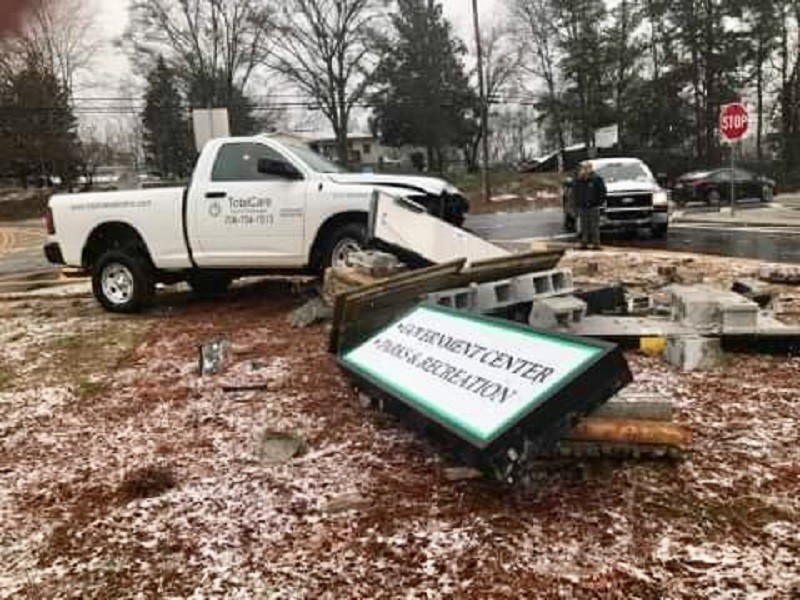 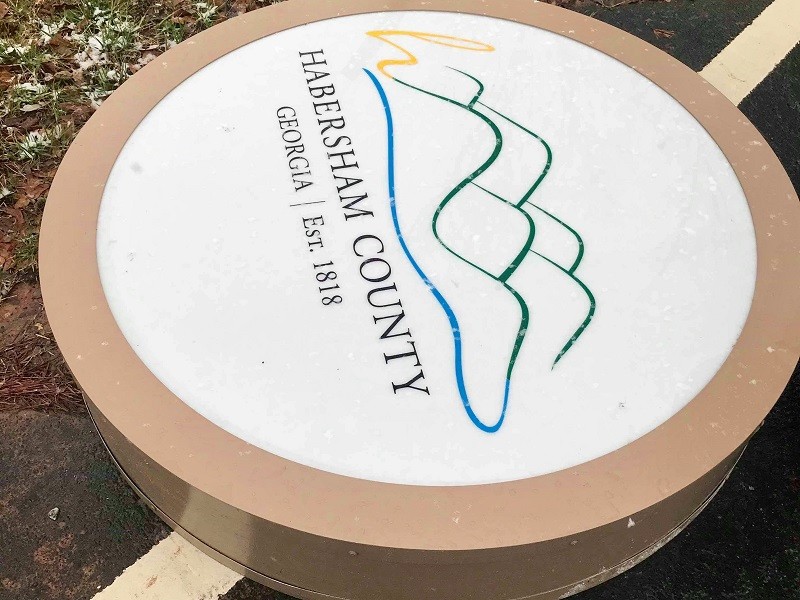 CLARKESVILLE – A Clarkesville woman was cited after her vehicle went out of control on the wet road in the snow Thursday and destroyed the sign for the Habersham County Administration Building and Habersham County Parks & Recreation.

Kayla Ott, 27, of Clarkesville, was cited by the Georgia State Patrol for driving too fast for conditions on the wet road in the snow and was warned for following too closely and failure to maintain lane in the wreck on Ga. 17 (Toccoa Highway) at Jacob’s Way.

Ott’s 2015 Dodge Ram pickup truck was traveling south on Ga. 17 and a witness told troopers he slowed to make a left turn onto Rock Branch Road.

Ott’s truck was unable to stop and turned right to avoid striking the vehicle, traveling off the roadway and striking the large sign just after 5:20 p.m., according to GSP. After impact, the truck came to rest on top of the sign.

The sign, in an island on Jacob’s Way just off Toccoa Highway, was installed after construction of the new Habersham County Administration Building in 2019 and featured an LED message board. Then-County Commissioner Andrea Harper voted against the purchase of the sign, saying she feared wrecks would result.