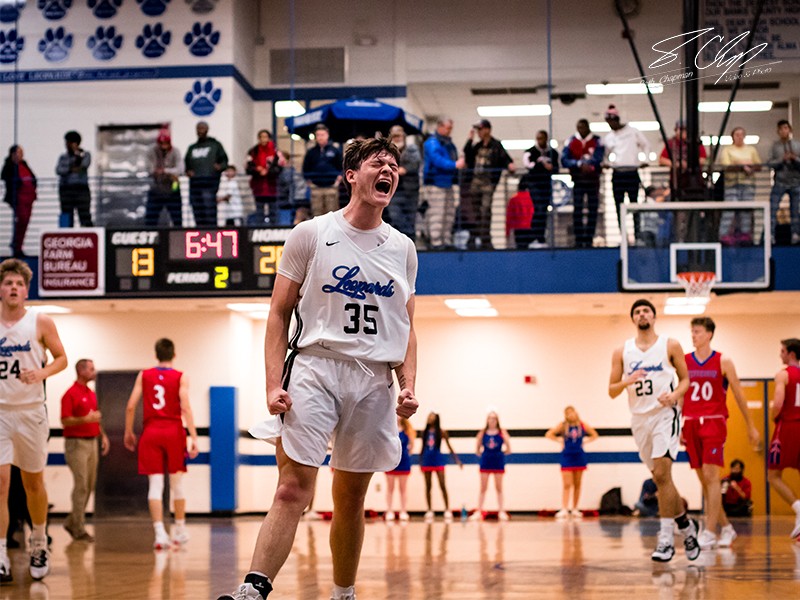 TIGER — The high-powered offense of Banks County got some early help in the Leopards’ dominating 65-44 win over Social Circle Monday to win the Region 8-2A boys title.

It is their third region crown in the past four seasons.

Carl Cleveland was again the catalyst recording a double-double with 24 points and 12 rebounds. Garrett Presley added 11 points and 5 rebounds in just 18 minutes of work. Gavin Brown and Clay Gosnell added 8 points each with Gosnell also pulling down 7 rebounds to go with 6 assists.

Banks County will play host to Washington out of Atlanta in the first round of the Class 2A playoffs. Dates and times will be determined.

The Lady Panthers held Banks County to just 2 points over the final 9 minutes to steal the Region 8-2A title from the Lady Leopards.

Banks County (14-15) led most of the way in a defensive struggle. The Lady Leopards held slim 6-4 leads after one quarter and an 18-16 advantage at halftime. They opened it up to 31-26 after three periods.

But they couldn’t hold on.

Union County chipped away in the fourth quarter and eventually reclaimed the lead 34-33 in the final minute.

Banks County had three opportunities to take the lead but Union’s Brooke Dockrey got two huge steals and drained 3-of-4 free throws in the final 20 seconds to seal the victory.

Ava Hunter led Union County with 12 points. Dockrey, Kait McCarter and Andelin Hill each had 8 points for the Lady Panthers.

Union County (21-6) will play host to Therrell in the first round on Friday.

Banks County will play host to South Atlanta in the first round. Dates and times will be determined.