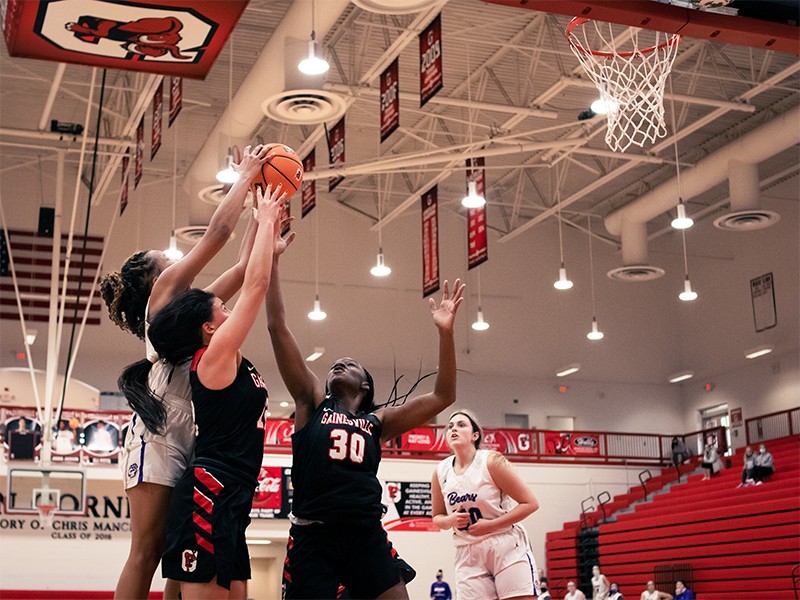 GAINESVILLE — While upsets ruled the day in the girls bracket on the opening day of the 61st annual Lanierland Tournament, defending champion North Hall made sure they would not be another victim.

After Gainesville, Chestatee, and East Hall all knocked off higher seeded teams earlier in the day, the Lady Trojans started strong and cruised to a 60-22 win over West Hall in the nightcap on Monday at the Gainesville gym.

North Hall opened the game with a 16-1 run in the first quarter behind a tenacious defense that forced 8 turnovers in the first five minutes. Lexie Martin, Rylee McCall, Kristina Peach, Annabeth Gilleland, and Lexi Jarrard all converted on fastbreak baskets for the Lady Trojans.

North Hall did not let up using a 15-7 second quarter to pull away for a 31-8 halftime lead. The Lady Trojans led 42-13 heading into the fourth quarter.

McCall and Caroline Cape each finished with 8 points to lead 11 North Hall scorers. Peach and Jarrard had 7 points each for the Lady Trojans.

Angelica Mallak paced West Hall with 7 points. Harkin had 6 for the Lady Spartans.

North Hall moves on to play Gainesville in Tuesday’s semifinals.

West Hall will take on Cherokee Bluff in the consolation bracket on Tuesday.

The Lady Vikings never trailed but the score was tied once at 4 midway through the first quarter following a 3-pointer by Lakeview’s Joelle Snyder. It was all East Hall after that.

East Hall went on a 13-0 run highlighted by consecutive 3-pointers from Callie Dale, Alexis Burce, and Dale again to run out to a 17-4 lead. Lakeview’s Sidney Corbin snapped the run with a 3-pointer late in the first quarter but the Lady Vikings defense shut down the Lady Lions the rest of the first half.

Lakeview went 10 minutes without a point while East Hall pulled away for a 35-9 halftime lead.

Snyder had a huge second half for Lakeview pouring in 19 of the team’s 24 second half points, including five 3-pointers, to finish with 23 points. But she could get no consistent offensive help.

East Hall was led by Dale with 16 points.

East Hall next will take on Chestatee in the second round on Tuesday.

Lakeview Academy will play Flowery Branch in the consolation bracket on Tuesday.

The sixth-seeded Chestatee girls stunned the No. 3 seeded Lady Falcons behind a 3-point barrage.

The Lady War Eagles, who never trailed in the game, drained five 3-pointers in the opening half as they stormed out to a 33-12 halftime lead. Annie Dollyhigh opened the game with a trey and Riley Black and Emma Easterwood each knocked down a pair of 3-pointers.

Chestatee also took advantage of Lady Falcons foul trouble, who had two of their top three scorers -- Ashlee Locke and Shaina Kriews -- pick up three fouls each after scoring just two total points in the first half.

The game was tied at 3 after Bella Brick answered Dollyhigh with a 3-pointer for Flowery Branch. But the Lady War Eagles exploded for a 15-4 run, capped by an Easterwood trey, for an 18-7 lead. Locke’s only basket of the half closed the gap to 18-11 but Chestatee closed out the half with a 15-1 run for a 33-12 lead.

Chestatee continued the 3-point barrage into the third quarter as Black, Dollyhigh, and Logan Wiggins all hit 3-pointers as the Lady War Eagles led by as many as 27 points. They had 8 3-pointers on the afternoon.

Locke finally heated up in the second half pouring in 11 points and pulled the Lady Falcons to within 48-29 early in the fourth quarter. But the Branch could get no closer.

Wiggins and Black paced Chestatee with 13 points apiece and combined for four 3-pointers. Easterwood finished with 12 points, including two 3-pointers, for the Lady War Eagles.

Lock finished with 13 points to lead Flowery Branch. Morgan Aguilar had 6 points and Kriews and Brick each had 5 points for the Lady Falcons.

Chestatee will take on the East Hall in the second round on Tuesday.

Flowery Branch will play Lakeview Academy in the consolation bracket on Tuesday.

The Gainesville girls advanced to the semifinals of the 61st annual Lanierland Tournament with a win over Cherokee Bluff.

The Lady Red Elephants never trailed in the second half after the two teams traded big runs in the first half. The game was tied four times in the third quarter but Gainesville used an 11-4 run into the fourth quarter to take a 48-41 lead.

The Lady Bears never got closer than five points over the final five minutes.

Lauren Teasley led Gainesville with 12 points. Sadie Roach added 10 points, including a pair of 3-pointers, and Keke Jones had 9 points for the Lady Red Elephants.

The first half was a series of runs for both teams.

Gainesville jumped out to an 8-0 lead in the opening two minutes behind its defense, which forced three early Bluff turnovers, and got a pair of fastbreak baskets by Teasley. But the Lady Bears responded behind freshman Kaitlin Cook.

Cook ignited a 15-3 spurt pouring in 8 points and then senior Ella Freeman scored five points in a 7-1 run to close out the first quarter for a 22-12 lead.

But the Lady Red Elephants answered that with an 11-0 run to open the second quarter. Roach hit a long 3-pointer and added another basket as Gainesville reclaimed the lead 23-22.

The teams later exchanged the lead on 3-pointers with Gainesville taking a 29-28 lead into the half.

Cook paced Cherokee Bluff with 10 points, but was held scoreless the rest of the way after her big first quarter. Timber Gaither had 9 points and Sydney Jones 8 for the Lady Bears.

The Bluff drops into the consolation bracket and will take on West Hall on Tuesday. 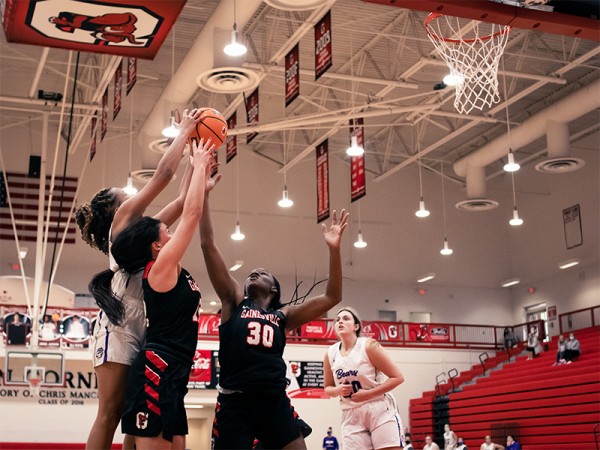 Lanierland 2020 girls: GHS advances with win over Bluff
The Gainesville girls advanced to the semifinals of the 61st annual Lanierland Tournament with a 50-45 victory over Cherokee Bluff Monday at the Gainesville gym... 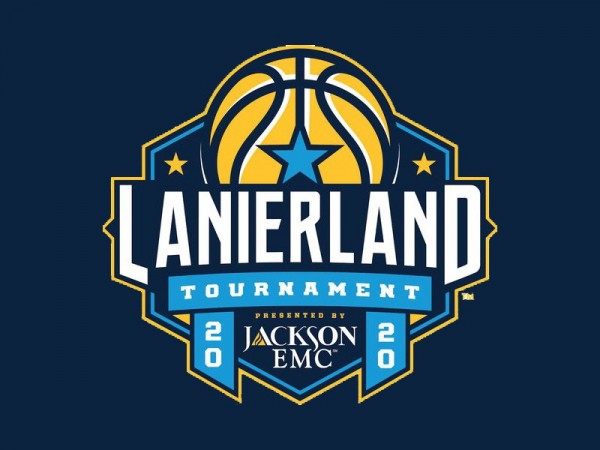 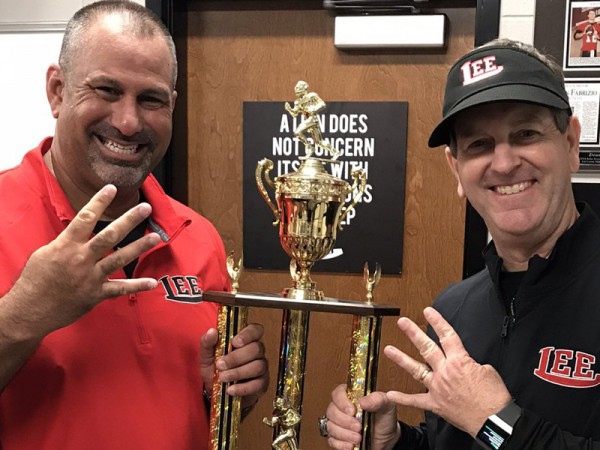